According to the Japan Meteorological Agency (JMA), Dolphin is expected to travel close to the areas from eastern through northeastern Japan on September 24 and 25, bringing strong winds, heavy rain, and rough surf.

"The hybrid (subtropical) system is embedded within the subtropical westerlies but has maintained a strong poleward outflow channel and warm sea surface temperatures to offset the strong vertical wind shear," JTWC forecasters noted at 09:00 UTC on September 23.

"Therefore, the system's convective structure has strengthened over the past six hours and now appears to be more tropical in nature." 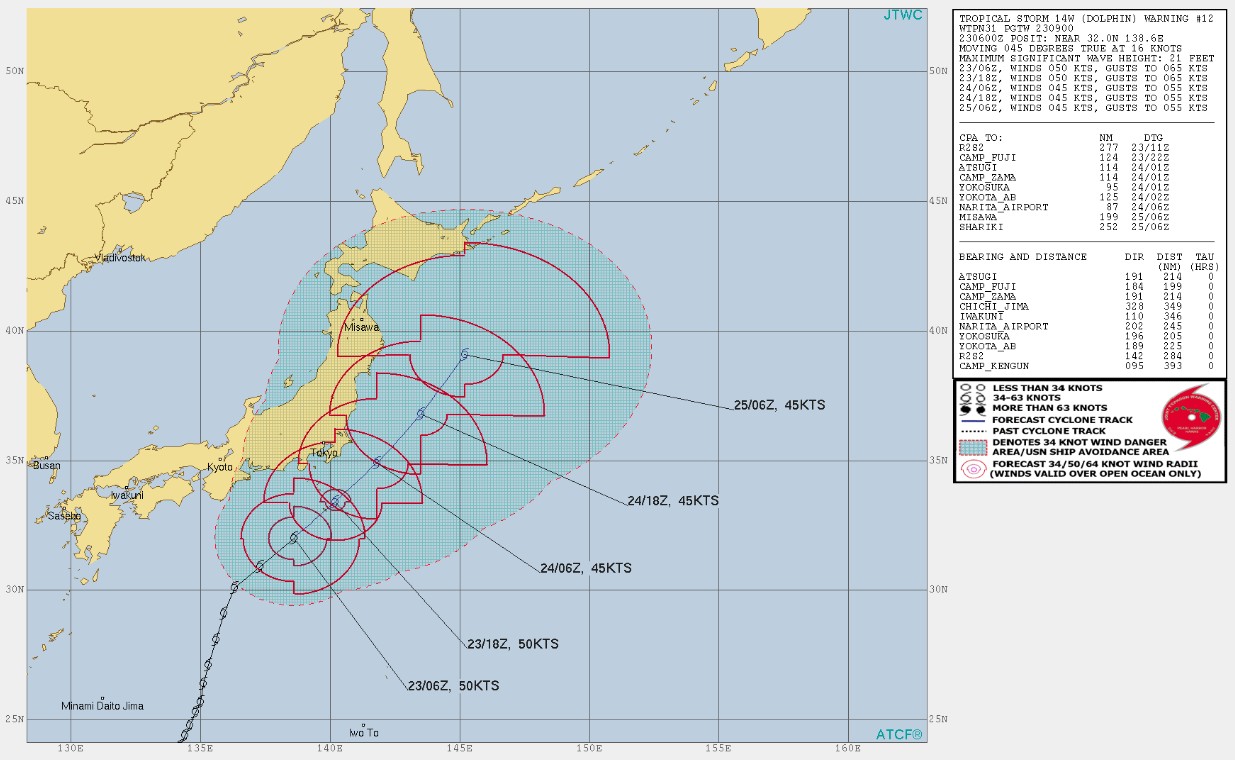 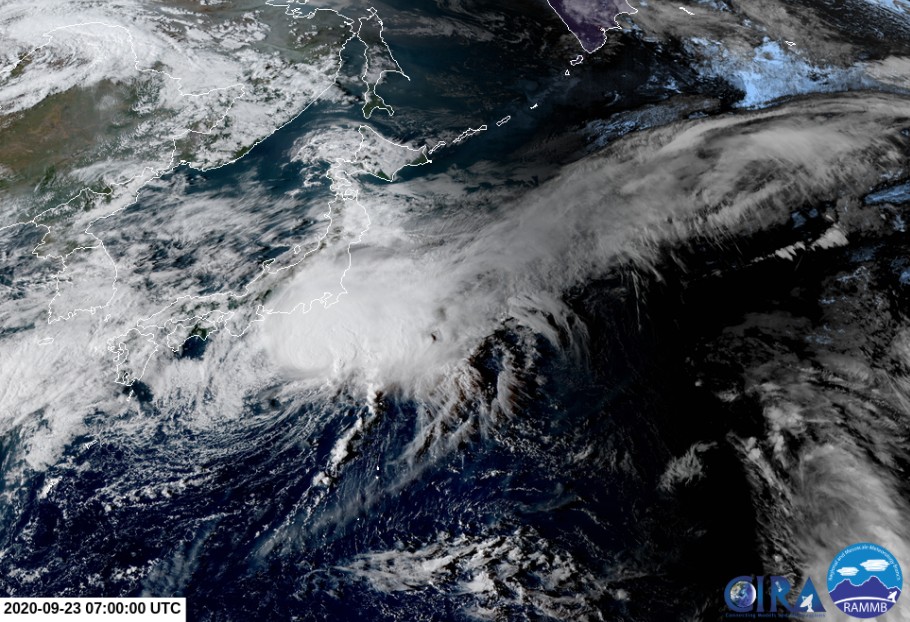 JMA expects winds up to 90 km/h (56 mph) affecting the Izu Islands south of Tokyo and the Kanto region of eastern Japan through September 24. Winds up to 72 km/h (45 mph) are expected in Tohoku, Tokai and Kinki regions.