Typhoon "Maysak" became the strongest typhoon of the year on August 31, 2020, with its eye passing very close to Kume Island, Okinawa Prefecture, Japan. The storm is moving towards the Korean Peninsula, with landfall expected near Busan, South Korea on September 2. Another powerful typhoon — Haishen — is expected to move toward Japan later this week, and possibly impact Kyushu around September 6 before it approaches the Korean Peninsula.

Maysak intensified to Category 4 hurricane equivalent on August 31, becoming the strongest typhoon of the year so far. According to the Japan Meteorological Agency (JMA), Maysak's central pressure was around 940 hPa, which is nearly the same as Hurricane "Laura" at the time of landfall in Louisiana, U.S.

At least 5 people have been injured and more than 30 000 households lost power.

In Okinawa's capital Naha, where peak gust of 157 km/h (98 mph) was measured, a wall of a building was ripped off, damaging two cars parked nearby. Many buildings had their roofs blown off, more than 250 flights have been canceled and many bus and ferry services temporarily canceled.

The country is still recovering from this year's record-long monsoon which caused destructive flooding and left more than 40 people dead.

After moving over South Korea, Maysak is forecast to reach North Korea — which was hit by Typhoon "Bavi" last week, one of the country's three strongest typhoons on record. 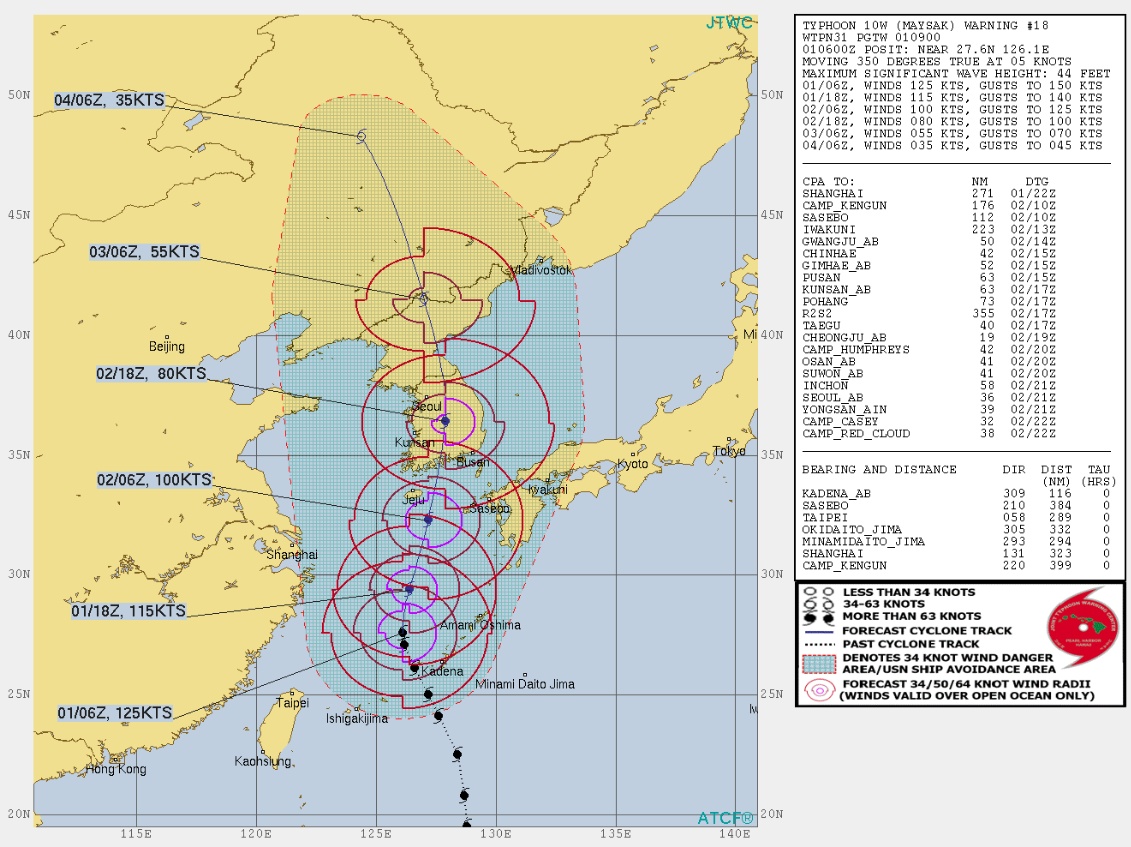 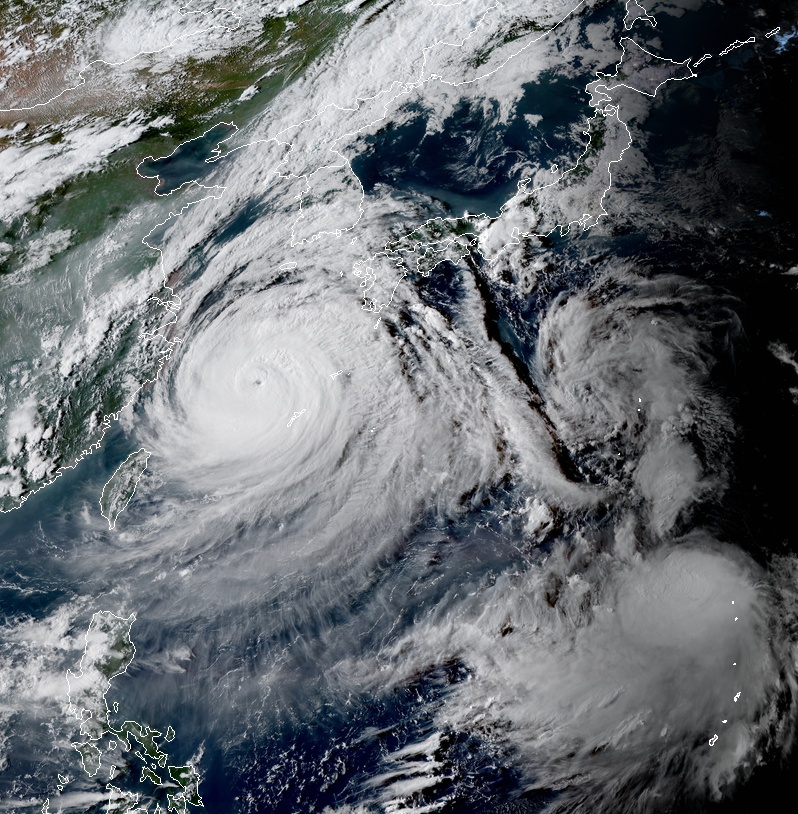 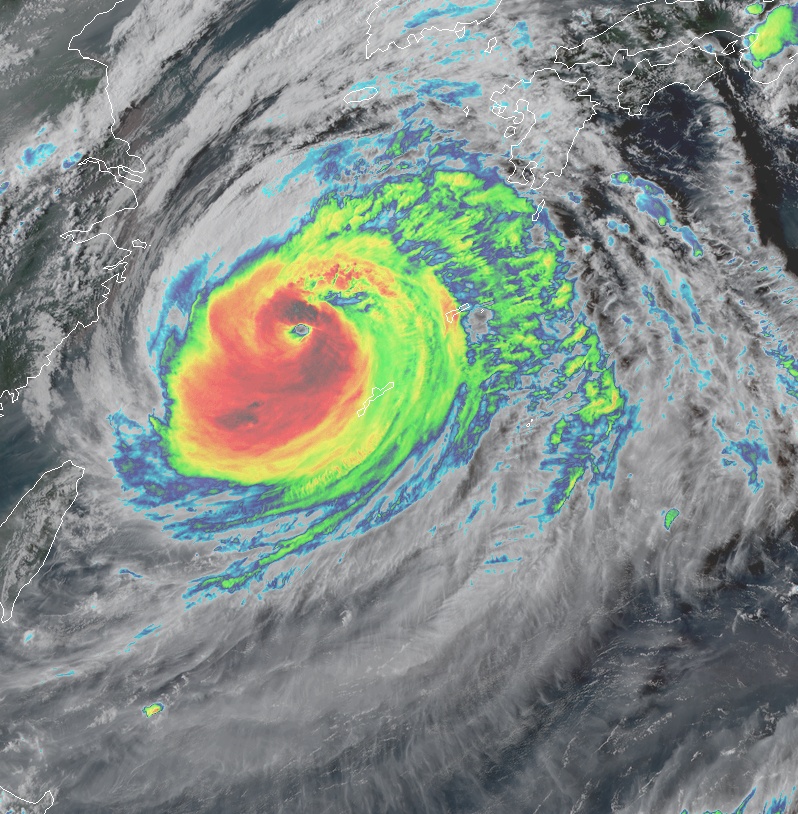 The system will track poleward after rounding the axis of the steering ridge and will begin weakening due to decreasing sea surface temperatures and increasing vertical wind shear over the next 3 days.

Furthermore, analysis of the eyewall structure in microwave imagery suggests that an eyewall replacement cycle is likely, which will also contribute to the weakening trend over the next 24 to 48 hours.

After tracking generally northward over the next 24 hours, the system will make landfall on the southern coast of South Korea, west of the city of Busan. It will then continue to weaken to 150 km/h (90 mph) by 21:00 UTC on September 2 as it moves inland due to the frictional effects of land and very high vertical wind shear.

The system will begin the extratropical transition as it becomes embedded in the baroclinic zone at that time.

Another potentially catastrophic typhoon — Haishen — is expected to strengthen on its way toward Kyushu and the Korean Peninsula over the next couple of days.

We'll have more about that system in another report. For now, take a look at JTWC's forecast track and the GFS forecast model: 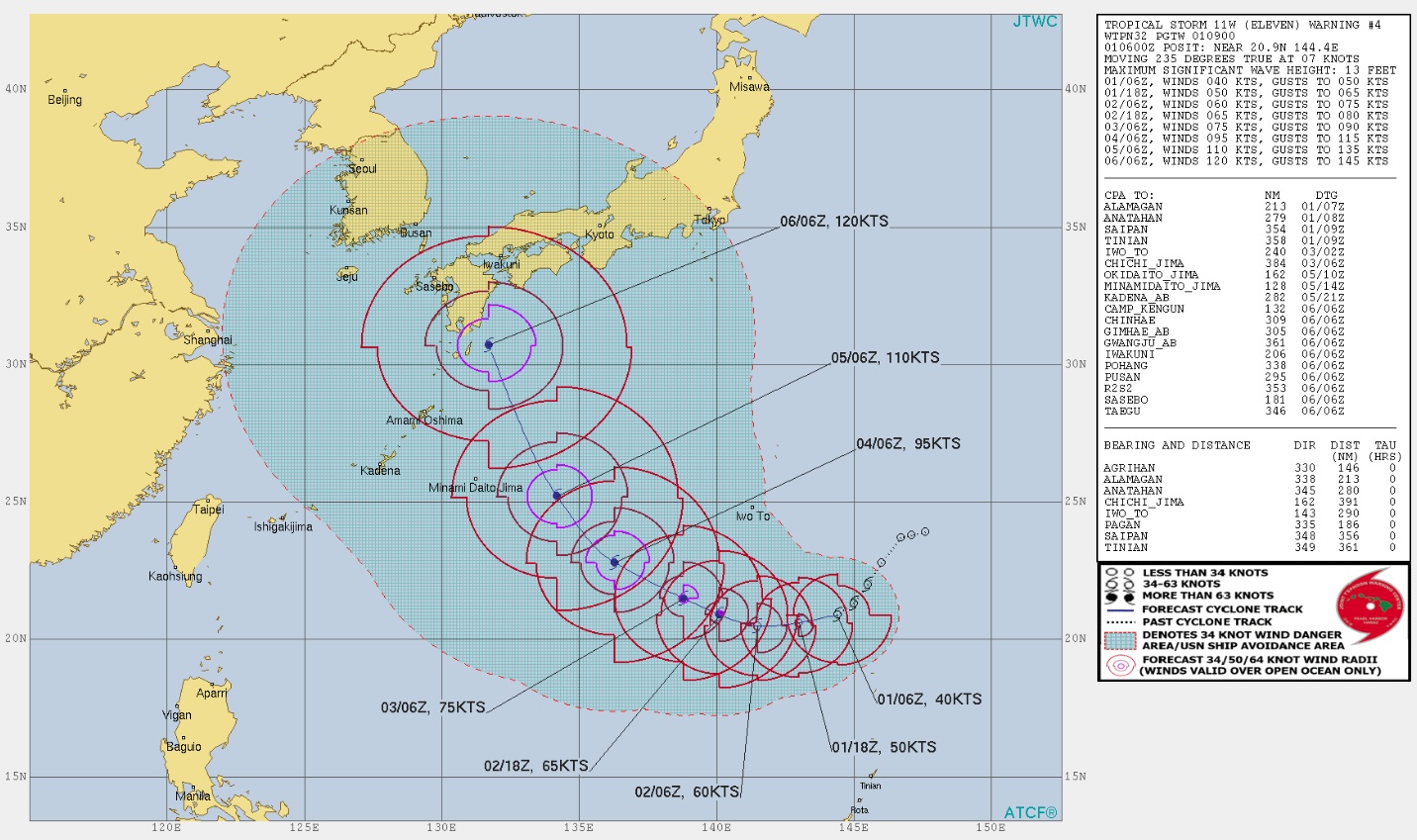