Drones can help in monitoring explosive volcanoes and prove necessary in a crisis situation, researchers from the GFX German Research Center said. The team presented results of a series of repeated flights with visual and thermal imaging cameras at the Santa Maria volcano in Guatemala, which showed movements on two different time scales– slow expansion and growth of the dome, and fast extrusion of viscous lava.

"We have equipped a drone with different cameras," said Edgar Zorn, the study's first author. "We then flew the drone over the crater at various intervals, measuring the movements of the lava flow and a lava dome using a specific type of stereo photography with a precision never seen before."

"By comparing the data from the drone, we were able to determine the flow velocity, movement patterns, and surface temperature of the volcano."

These factors are important for predicting the danger of explosive volcanoes.

"We have shown that the use of drones can help to completely re-measure even the most dangerous and active volcanoes on Earth from a safe distance," Zorn continued. 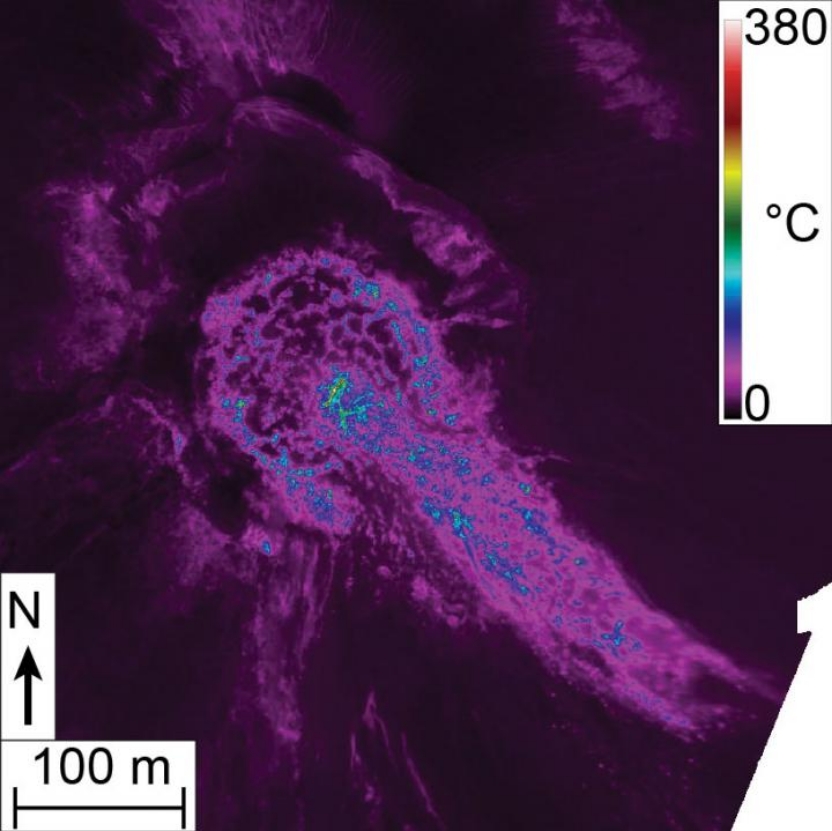 Thomas Walter, a volcanologist at GFZ and study co-author, suggested that a regular and systematic survey of hazardous volcanoes using drones appears to be almost within one's grasp.

Two cameras of the drone used on Santa Maria's cone were able to take high definition photos on the one hand and thermal imaging on the other. The team was able to generate complete and detailed 3D models using a special computer algorithm.

They also acquired a 3D topography and temperature model of the volcano, with a resolution of only a few centimeters.

Drone missions lessen the risk for volcanologists, as cameras can be flown directly to the dangerous areas without scientists having to be near them.

"The 3D models of the various flights must be positioned exactly so that they can be compared. This requires painstaking detail work, but the effort is worth it because even minimal movements become immediately visible," said Zorn.

"In the study, we presented some new possibilities for the representation and measurement of certain ground movements, which could be very useful in future projects." 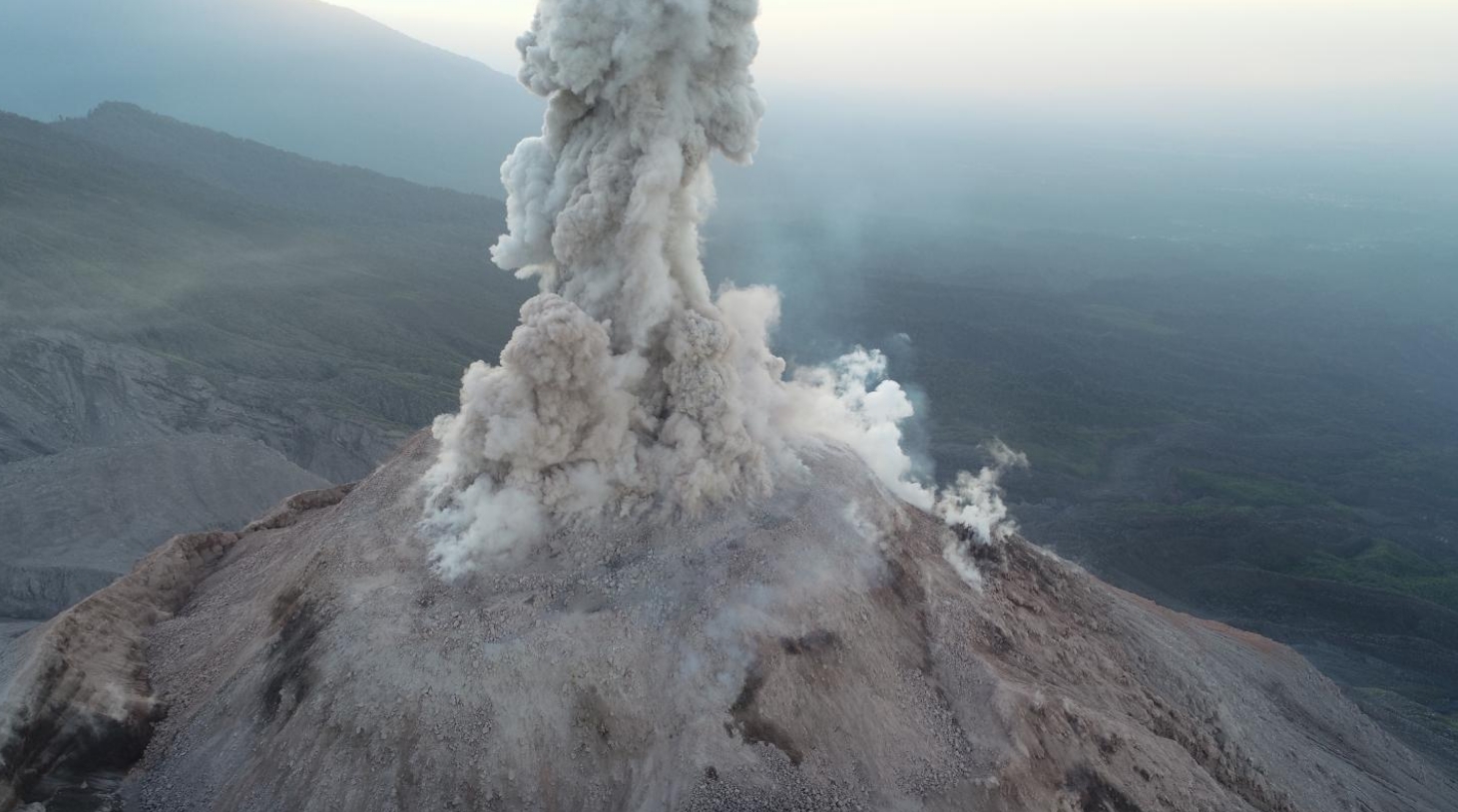 Imaging growing lava domes has remained a great challenge in volcanology due to their inaccessibility and the severe hazard of collapse or explosion. Changes in surface movement, temperature, or lava viscosity are considered crucial data for hazard assessments at active lava domes and thus valuable study targets. Here, we present results from a series of repeated survey flights with both optical and thermal cameras at the Caliente lava dome, part of the Santiaguito complex at Santa Maria volcano, Guatemala, using an Unoccupied Aircraft System (UAS) to create topography data and orthophotos of the lava dome. This enabled us to track pixel-offsets and delineate the 2D displacement field, strain components, extrusion rate, and apparent lava viscosity. We find that the lava dome displays motions on two separate timescales, (i) slow radial expansion and growth of the dome and (ii) a narrow and fast-moving lava extrusion. Both processes also produced distinctive fracture sets detectable with surface motion, and high strain zones associated with thermal anomalies. Our results highlight that motion patterns at lava domes control the structural and thermal architecture, and different timescales should be considered to better characterize surface motions during dome growth to improve the assessment of volcanic hazards.