NASA's MAVEN spacecraft has created a map of electric currents around Mars, five years after it entered into its orbit. These currents hold crucial clues in the atmospheric loss that made the red planet incapable of supporting life.

"These currents play a fundamental role in the atmospheric loss that transformed Mars from a world that could have supported life into an inhospitable desert," said experimental physicist Robin Ramstad of the University of Colorado, Boulder.

"We are now currently working on using the currents to determine the precise amount of energy that is drawn from the solar wind and powers atmospheric escape."

Earth has such systems as well, in the form of northern and southern lights. Electric currents on our planet are generated when the magnetic field interacts with the solar wind and flows into the atmosphere, along the vertical magnetic field. On the other hand, Mars does not generate a magnetic field on its own.

Solar winds are generally made up of large electrically charged protons and electrons that the Sun emits at a speed of around 1.6 million km/h (1 million mph).

Ramstad said that the Martian atmosphere is quite similar to a metal sphere and that the currents flow in the upper atmosphere, with speeds of about 120 to 200 km  (75 to 125 miles) above the surface.

MAVEN and previous missions have witnessed localized clues of these current layers, but they have never been able to map the complete circuit.

Detecting such currents in space is difficult, but fortunately, MAVEN's sensitive magnetometer was able to track the magnetic field distorted by the currents. 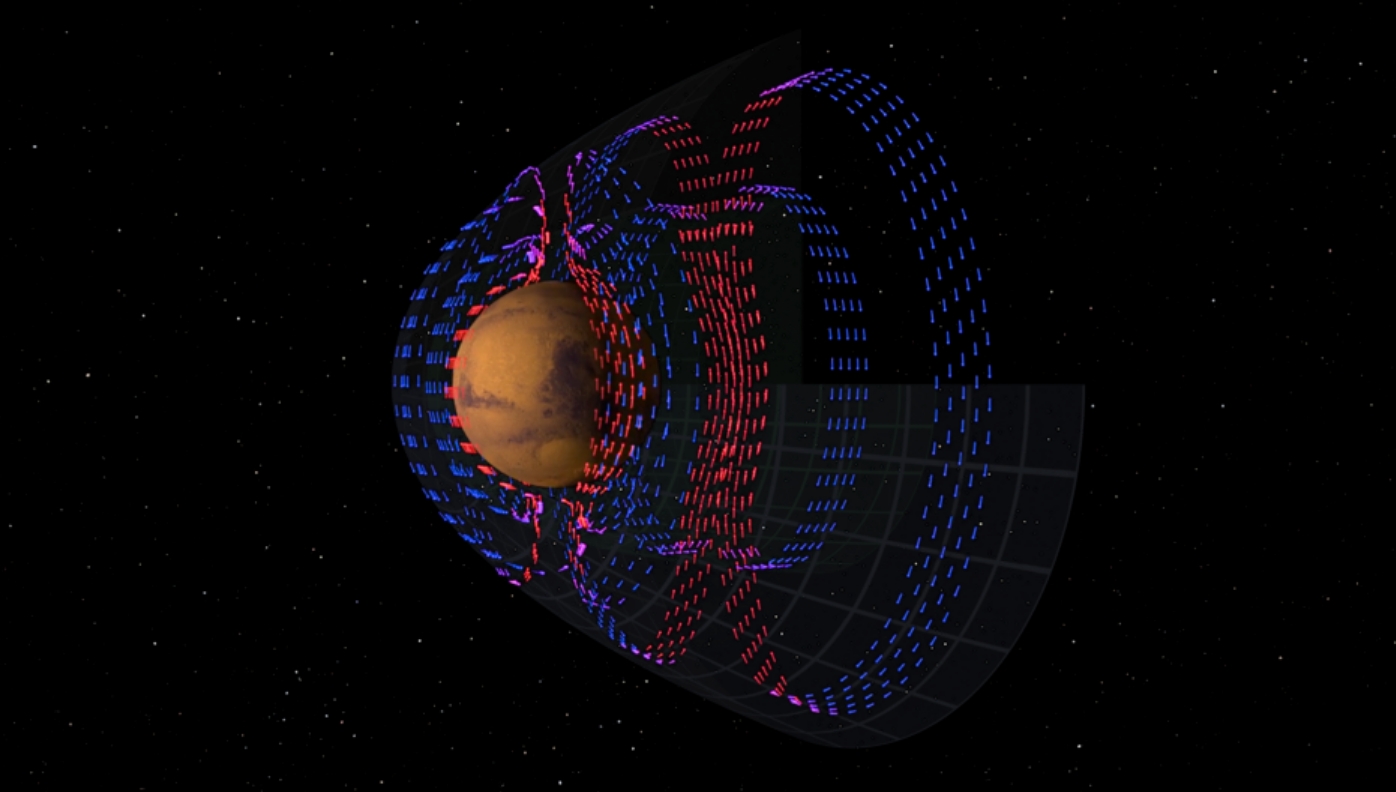 "With a single elegant operation, the strength and paths of the currents pop out of this map of the magnetic field," said Ramstad.

Without a magnetic field around Mars, the currents can form a direct electrical connection to the planet's upper atmosphere. The currents alter the energy of the solar wind into magnetic and electric fields that speed up charged atmospheric particles into space, driving atmospheric escape.

The new findings reveal unexpected features particular to MAVEN's aim to understand atmospheric escape: the energy that drives escape seems to be drawn from a much bigger volume than what was usually assumed.

Atmospheric loss driven by solar winds has been active for billions of years and contributed to Mars's transformation from a warm and wet planet that could have supported life into a cold desert.

MAVEN is continuing to study how this process works and how much of the red planet's atmosphere has been lost.