The northern Balkans experienced one of their coldest April mornings in a decade on Thursday, April 2, 2020, as destructive frost hit many parts of SE Europe during the time of blossoming trees. Many vineyards and fruit plantations across southeastern Europe experienced almost 100% damage.

On Thursday, the worst of the cold weather was felt across Slovenia, northeastern Italy, Croatia, Serbia, and Hungary.

There were numerous reports of destructive frost across the countries, with many vineyards and fruit plantations almost completely damaged.

In Italy, up to 50 percent of Gala and Golden apples were destroyed. Alessandro Morini, a producer with roughly 40 ha (99 acres) in the Verona Province, said that as quantities and quality dropped, the costs went higher.

"I have verified that 2 – 3 out of 5 flowers are black, so they will not produce. It is often the first bloom that is lost, the one producing the best fruit, leading to a sensible drop in general quality. Though it is still early to be certain."

"It is no longer possible to perform chemical thinning, so we will have to perform it manually. However, labor is hard to find. I am practically on my own dealing with 40 hectares. It is not easy and I will not be able to keep up this rhythm for long. Something needs to be done when it comes to labor or we will all deal with serious problems," he stated.

Around 70 percent of apples in Verona are of the Golden and Gala variety. "I truly hope the frost expected for this period does not make things worse." 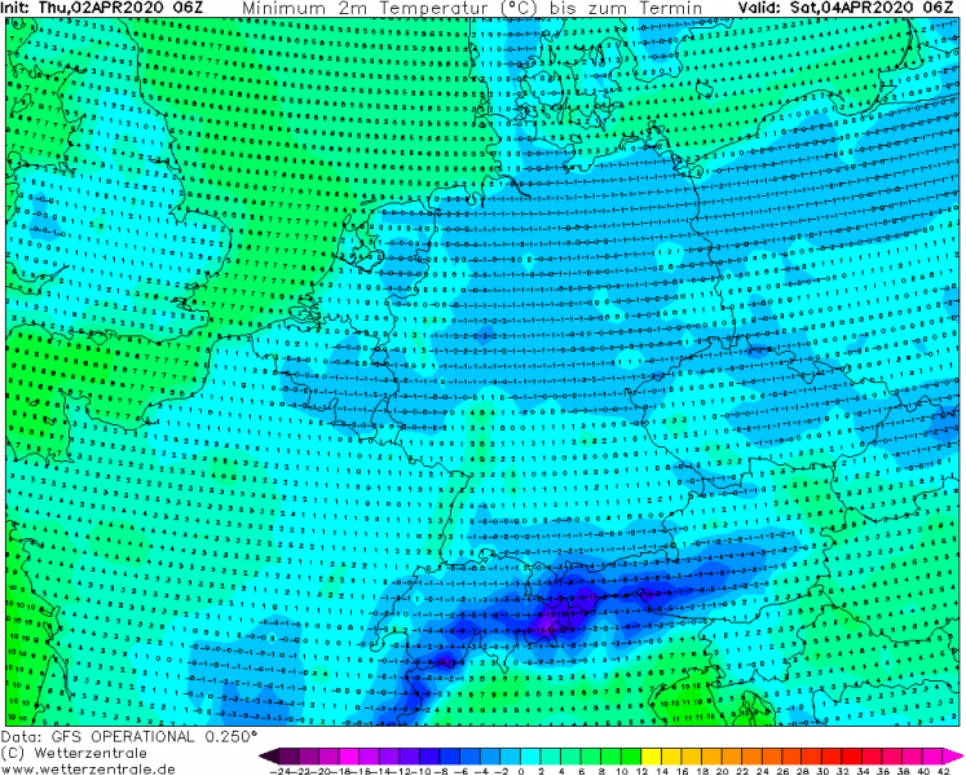 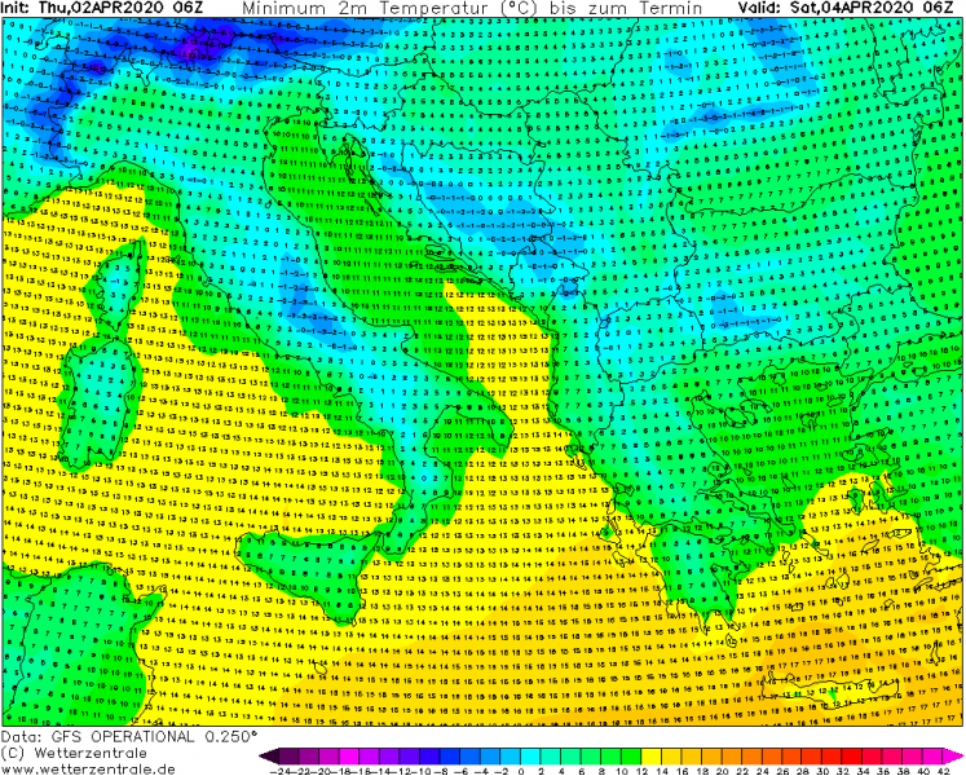 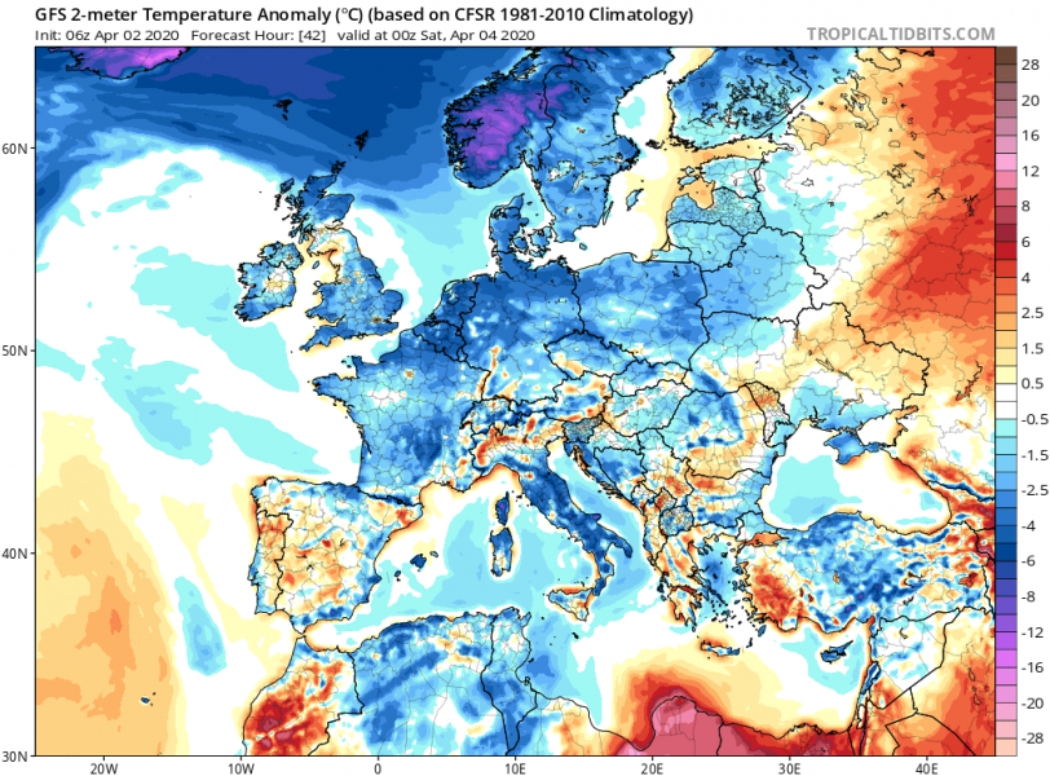 Extremely cold morning temperatures ended by Friday and Saturday. According to a BBC weather spokesman, "There is a lot of dry weather for much of Europe at the moment, but that isn’t the whole story."

"We have low pressure, we can see a deep area of low pressure close to the Baltic and around that there are some fairly strong winds."

"There is a trailing weather front that is draped down through central parts of Europe, not a huge amount of wet weather out of that, but certainly some cloud in places.

The spokesman added that on Saturday, April 4, the area of wet weather will begin to take hold of more of Greece towards portions of Bulgaria, also into Turkey.

"It looks like some pretty hefty downpours in places here so there will be some wet weather here on Saturday. To the west of all of that, while winds may freshen at times through the Adriatic over the weekend, there is a lot of dry weather, we have lost those flooding downpours from the eastern parts of Spain."

Towards the south and into Portugal, it will be cloudy with a bit of patchy rain. In Norway, there will be some snowfall, particularly on high grounds. Paris and London will be warmer for the second half of the weekend. Berlin will also see a big warm-up in the following week when it will feel like spring.