Such ring vortexes are considered rare, but not unknown– not just on Stromboli, but also on other volcanoes, Pfeiffer added.

Volcanoes generate smoke rings when powerful gas pulses leave a vent with a perfect circular diameter. This produces eddies in the shape of a ring. 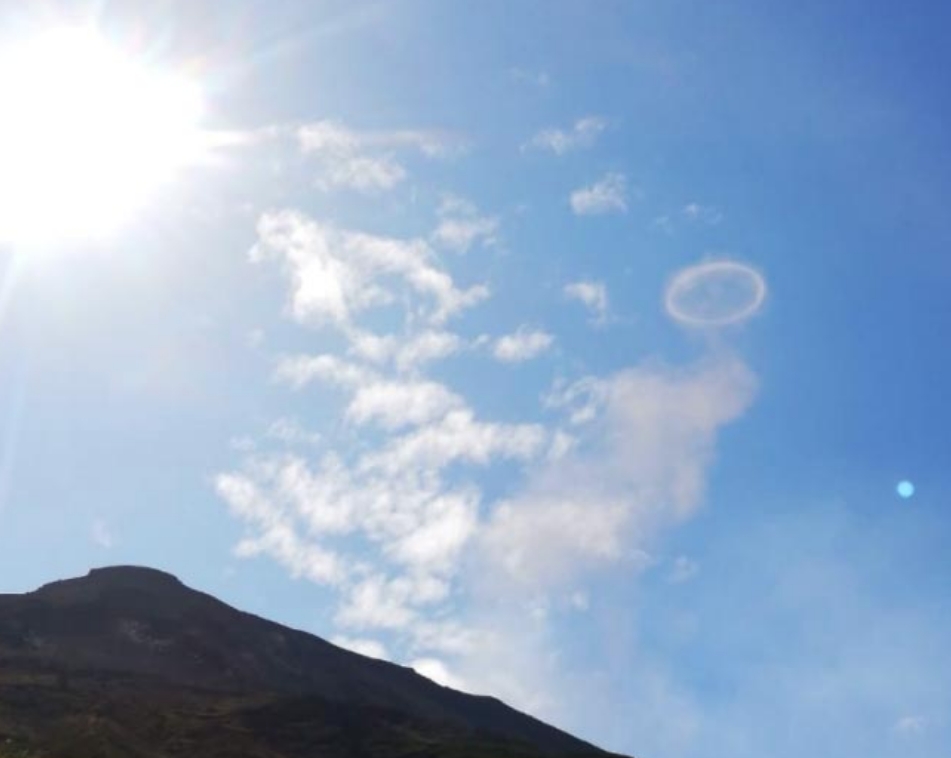 Aside from the astonishing phenomenon, activity at the volcano has been at moderate levels in the previous weeks.

On March 27 it was characterized by scoria-rich explosions reaching very high pressure (4 bar) at the NE crater sector, LGS reports.

Thermal activity was medium and no thermal anomaly was recorded by MODIS images, but this parameter was largely affected by the cloudy conditions.

The number of rockfalls is showing a medium level (9 events/day).

Early measures of SO2 flux, based on a few data, showed a low degassing level.