At least 22 people were injured and numerous buildings destroyed or damaged after a large tornado ripped through the city of Jonesboro, Arkansas on Saturday, March 28, 2020. There are no confirmed fatalities, but the damage is extensive. Early estimates suggest this could have been an EF-3 tornado or greater.

Severe thunderstorms hit areas from southern Plains to the Ohio Valley, bringing damaging winds, heavy rain, large hail, and at least 17 tornadoes — 8 in Iowa, 4 in Illinois, 3 in Arkansas, and one each in Missouri and Wisconsin.

A large tornado hit the City of Jonesboro, Arkansas at around 17:20 LT on Saturday, causing extensive damage, the National Weather Service said.

The twister ripped through Race and Caraway Streets, destroyed the Mall at Turtle Creek, numerous homes in neighborhoods, and continued on through Brookland, and the Arkansas – Missouri border.

Debris from Jonesboro was lofted more than 6.5 km (4 miles) high. "This has to be one of the most impressive debris signatures I've seen," said Matthew Cappucci, atmospheric scientist and meteorologist currently working for the Washington Post.

"Stay home! Do not go walk/drive/explore. Our town is under a state of emergency and we are asking for full cooperation from citizens," Jonesboro Police Department said. "Officers are stationed all across town to enforce the curfew all night."

The curfew, however, does not affect those who have to go to work. "If you are stopped, tell the officer you are reporting to work," JPD said.

Highway 49 between Jonesboro and Brookland is closed to all traffic. 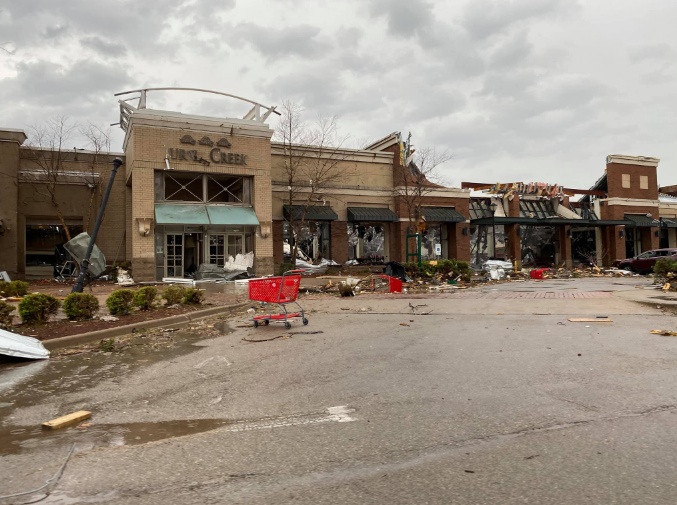 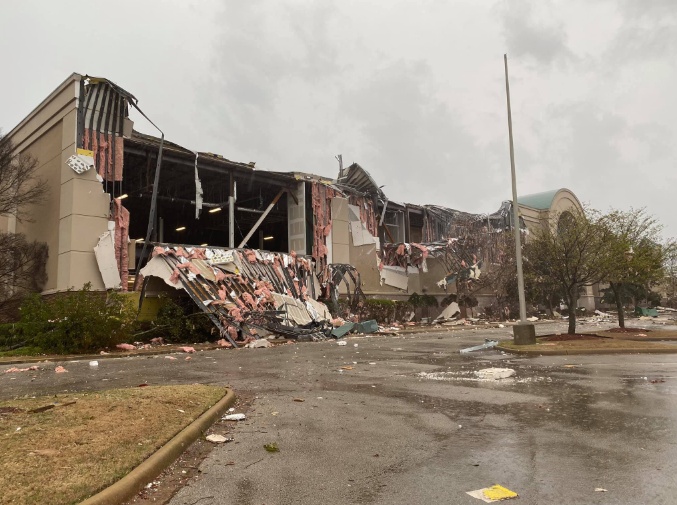 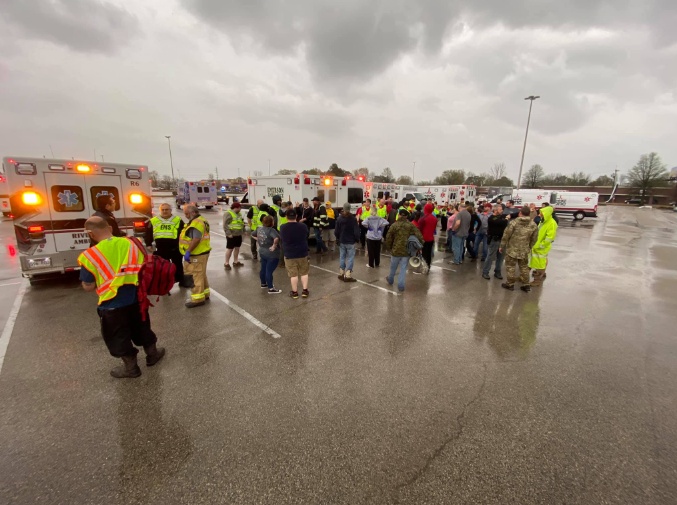 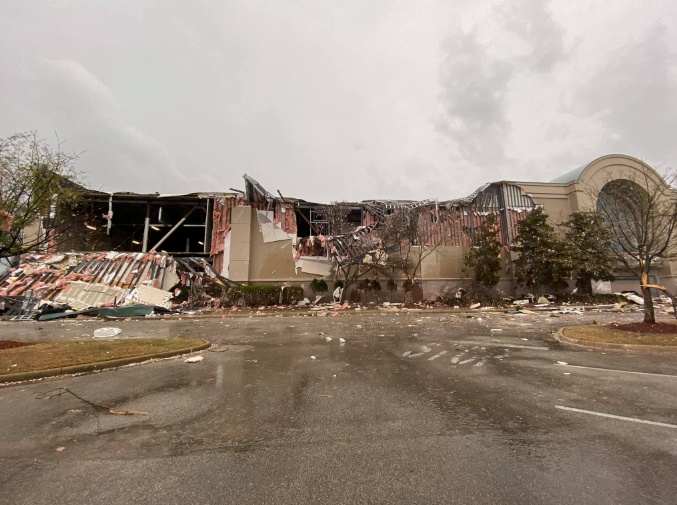 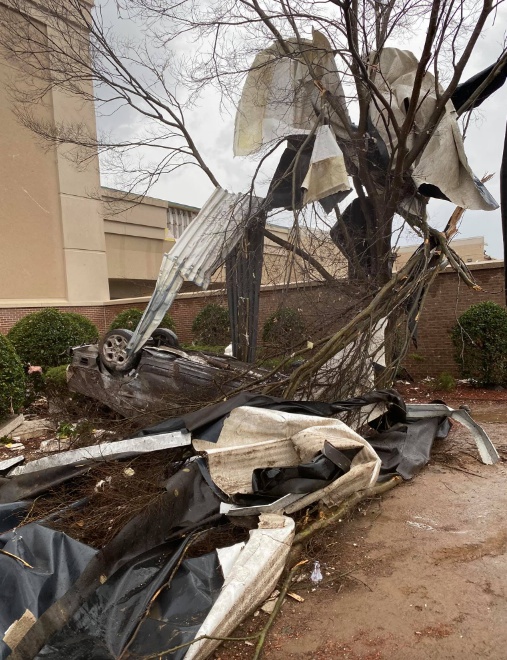 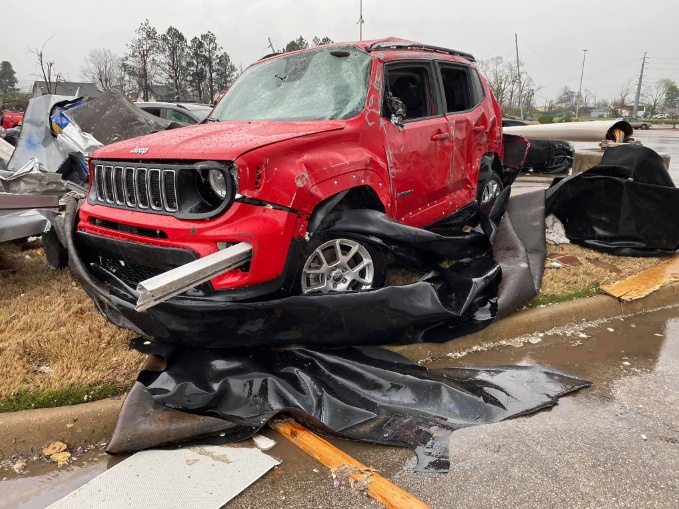 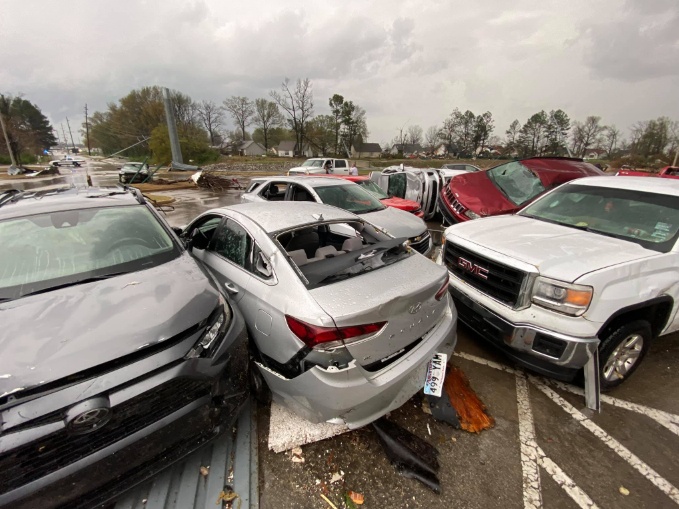 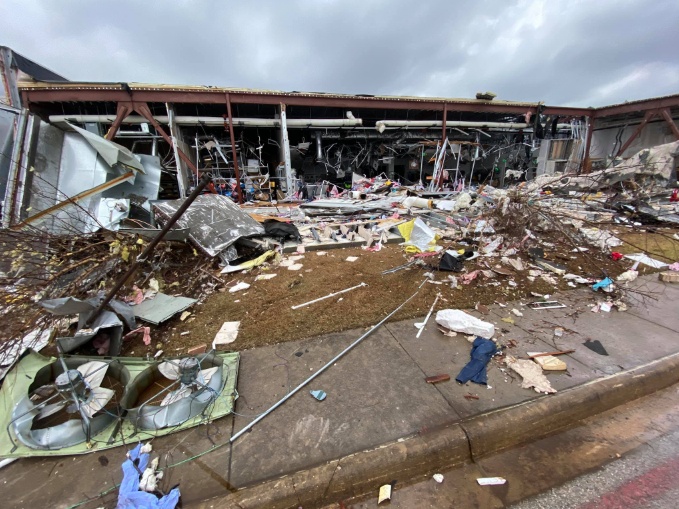 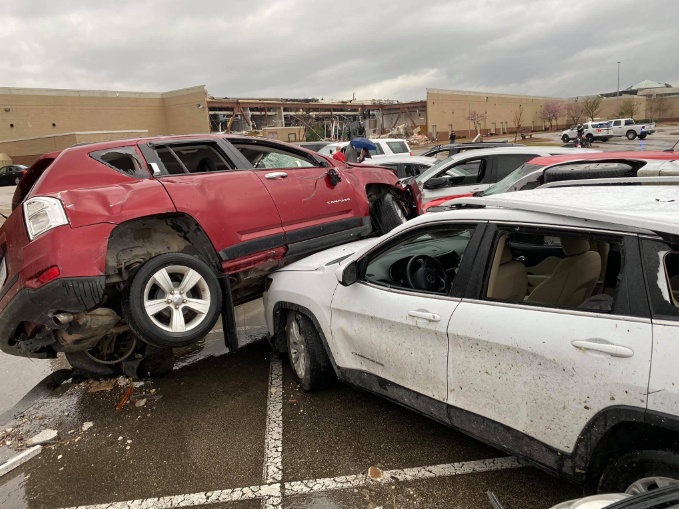 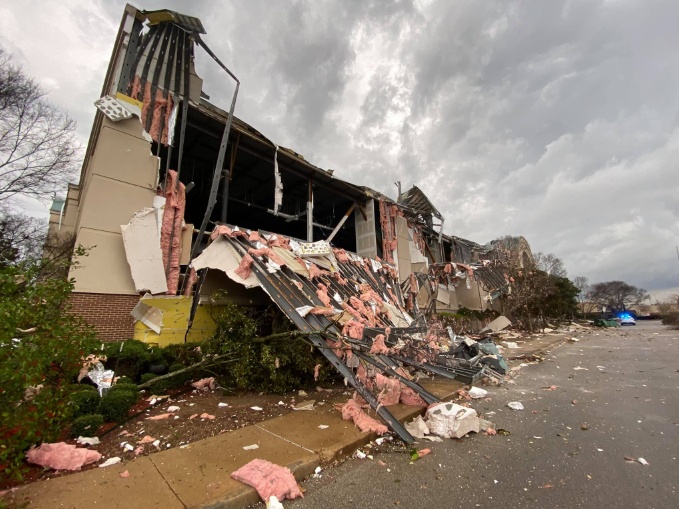 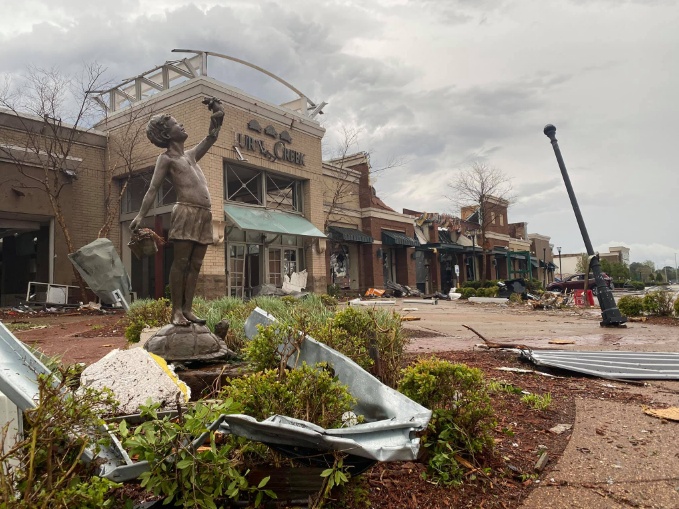 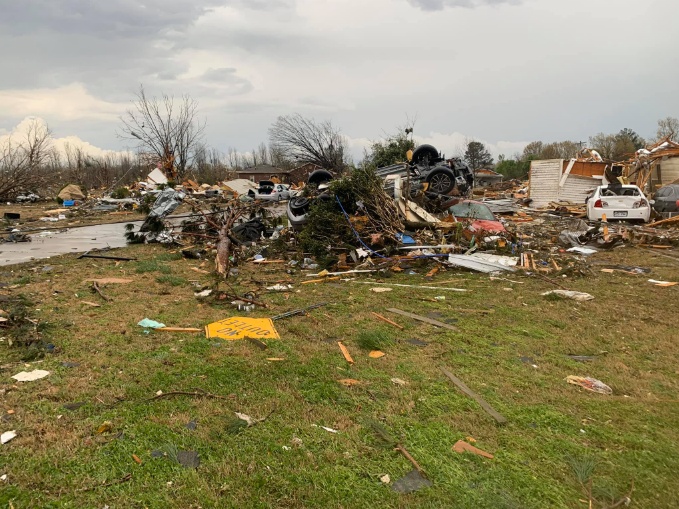 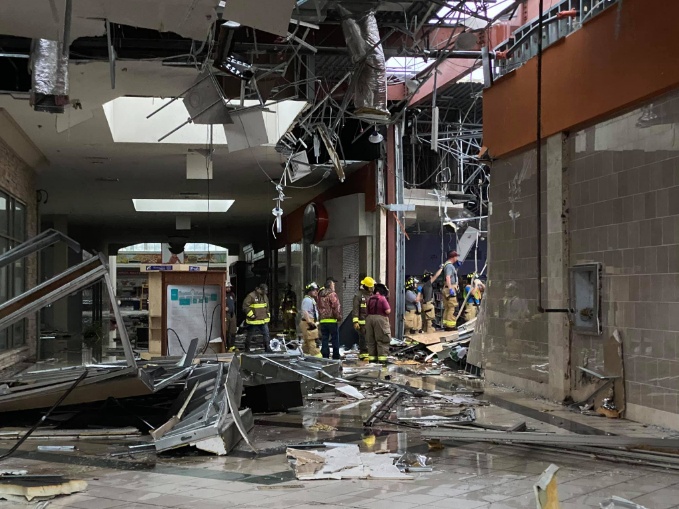 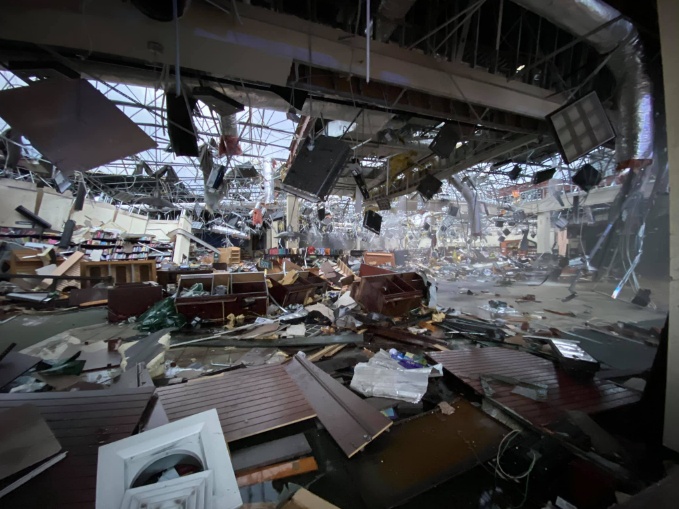 Jonesboro Fire Department has implemented primary search and rescue tonight and will perform secondary in the morning.

"Any construction company that wants to help, or any persons with chainsaws, get in contact with the Office of Emergency Management," authorities said.

Unreal up close footage from Said Said in Jonesboro. He owns the Triple S Phones shop and stated the tornado came VERY quick.

Just arrived on Caraway. A lot of damage. Working on injuries @Region8News pic.twitter.com/BSPxwrFQtJ

"By Sunday morning, March 29, both the severe and flash flood threats will lessen but a few strong to severe thunderstorms are possible in the eastern Ohio Valley and Mid-Atlantic," NWS forecaster Mullinax noted on March 28.

In wake of this storm system, blustery conditions combined with low relative humidity levels will set the stage for a heightened risk for fire weather in the southern High Plains.

The Rio Grande River Valley, in particular, is under a critical risk for fire weather potential this afternoon.

In addition, drier conditions will arrive across the Mississippi and Ohio River Valleys Sunday while the Mid-Atlantic and Southeast bask in well above normal temperatures.

"High temperatures will soar into the 80s [~27 °C] from Virginia on south to the Southeast and Gulf Coasts. This taste of summer-like warmth will be short-lived as below normal temperatures over the Great Lakes Monday push into most southern and eastern regions by Tuesday, April 1.