Tropical Cyclone "Belna" is expected to make landfall between Mahajanga and Cape Saint-Andre, Madagascar just before 18:00 UTC on December 9, 2019, with maximum sustained winds up to 170 km/h (105 mph) and gusts to 205 km/h (130 mph). Depending on the location of landfall, the maximum storm surge could reach 3 m (10 feet) near the impact point. Additionally, torrential rains are awaited on the regions of the landfall, locally exceeding 300 mm (11.8 inches). 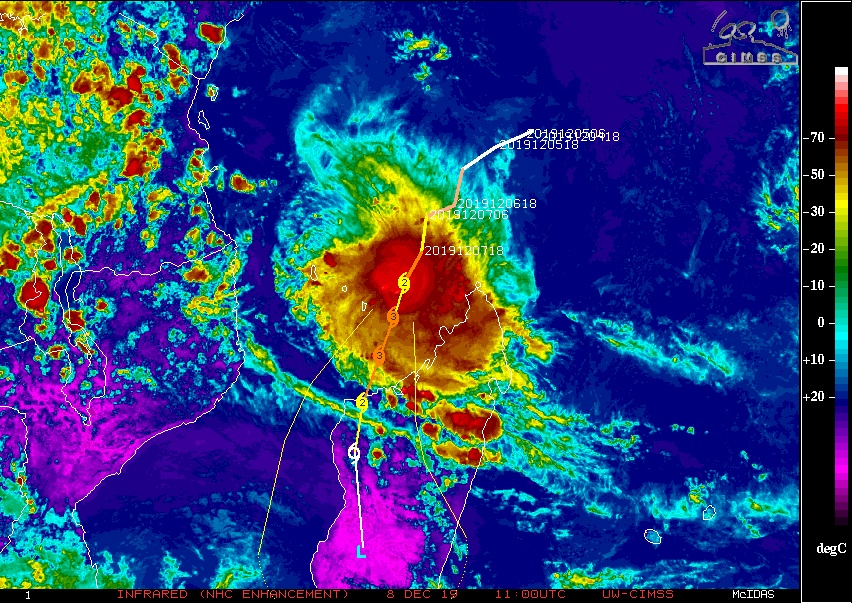 Belna should keep tracking south-southwestward over the next hours, with a mid-level ridge building in the east of the system while weakness in the subtropical ridge arrives in the south, RSMC La Reunion said.

Later today, the center of Belna will pass around 80 km (50 miles) east of Mayotte, according to the current forecast track.

Landfall on Madagascar is expected between Mahajanga and Cape Saint-Andre. After that, uncertainty in track significantly increases due to the passage over land.

After a brief weakening phase, best explained by a northerly constraint at 300 hPa, environmental conditions today remain conducive for development. 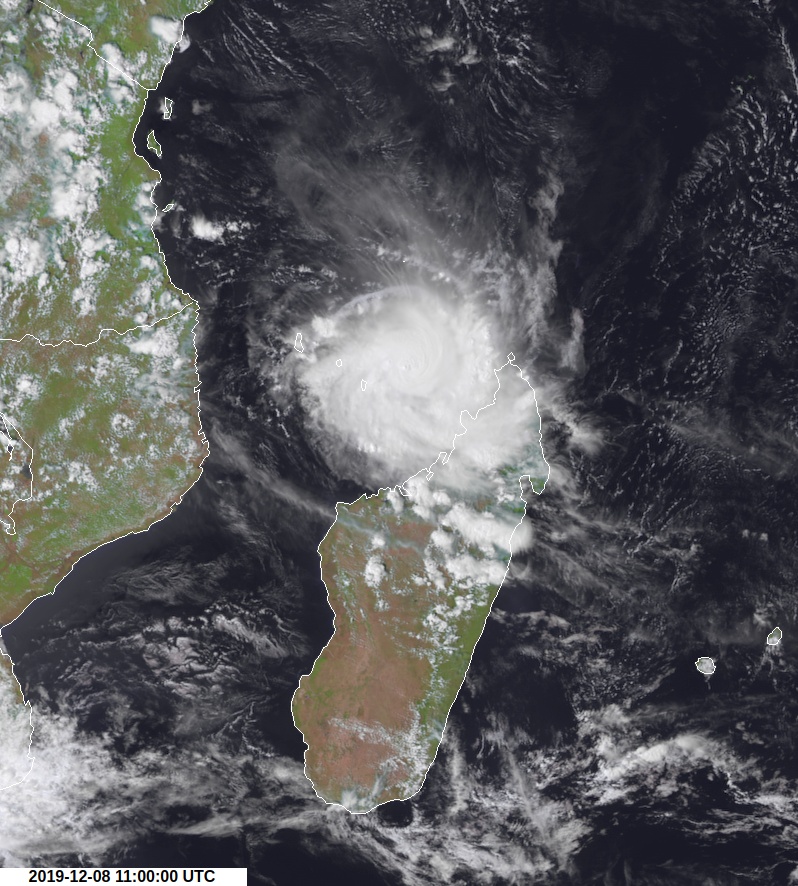 Intensification should resume shortly and keep on until its likely landfall on Madagascar, likely reaching intense tropical cyclone status.

Northwestern Madagascan coast, where landfall is expected, is particularly vulnerable to the storm surge. Depending on the location of landfall, the maximum storm surge could reach 3 m (10 feet) near the impact point.

Additionally, torrential rains are awaited on the regions of the landfall, locally exceeding 300 mm (11.8 inches).

Inhabitants from the northern and western Malagasy coasts are invited to monitor closely the evolution of the cyclone. The inhabitants of the north-western Madagascan coast should begin preparing for a possible landfall.