Controversial research argues that quakes made a one-two punch off the United States' west coast at least eight times in the past 3 000 years. For instance, the quake that hit Cascadia fault off the northern California coast triggered a second tremor on the San Andreas fault just to the south. In some cases, the delay between the quakes may have been decades-long. The study suggests that Cascadia could trigger quakes on the northern San Andreas, which runs under the San Francisco Bay Area.

However, several experts said further research is necessary to confirm the idea as researchers have long considered the two faults to be seismically separate.

"This is mostly a circumstantial case," said Chris Goldfinger, a geologist and a paleo-seismologist at Oregon State University in Corvallis. Goldfinger and his colleagues first suggested in 2008 that quakes in the southern Cascadia could set off such events on the northern San Andreas.

He will present the findings at a meeting of the American Geophysical Union in San Francisco on December 13, 2019.

The researchers said the found turbidites–layers that usually form when there's tremor on the seafloor which causes underwater landslides– in Cascadia. It seemed to form before similar turbidites near the San Andreas. The two sites are around 100 km (62 miles) apart, but close enough to feel shaking form both faults. 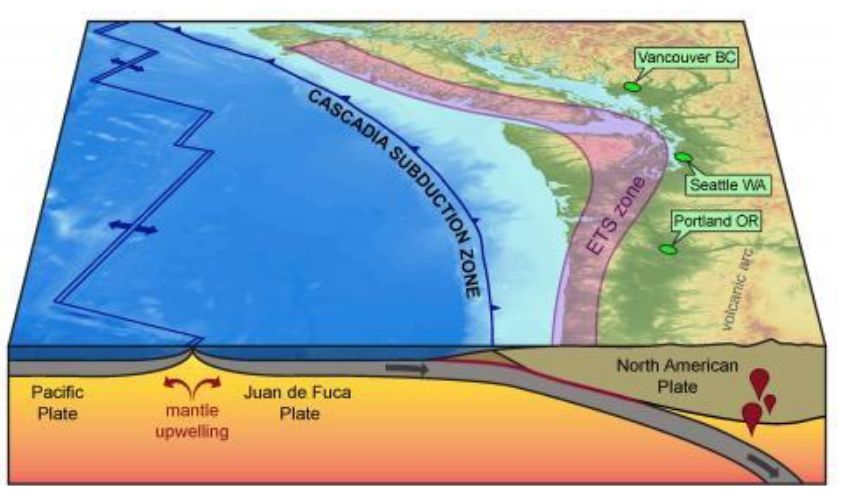 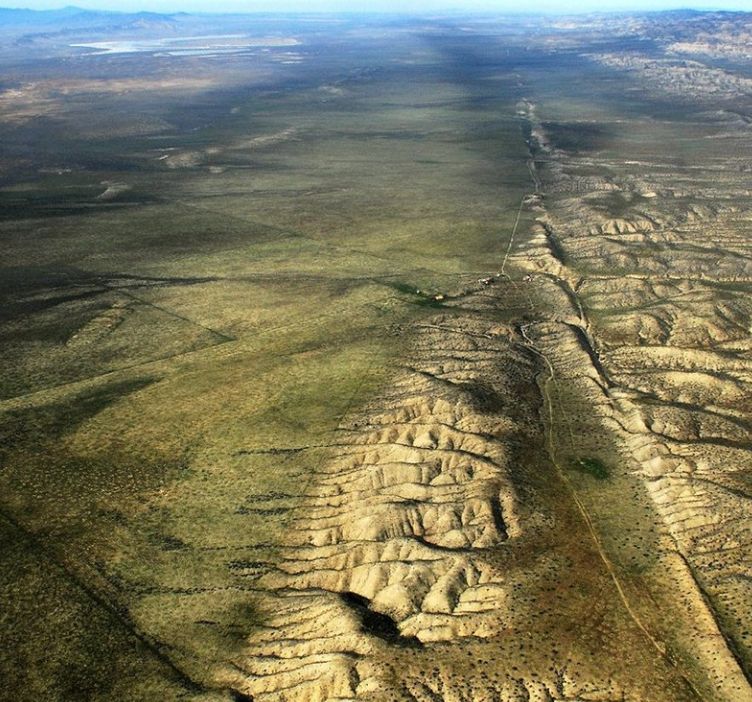 Cascadia quake shook the coastline first, resulting in landslides that show up in both sets of cores as the first layer of turbidites. Later, San Andreas was also shaken, causing the second turbidite layer to form.

Turbidites showed that the ground shook at some period in the past, but seismologist Joan Gomberg said it's difficult to tell the exact date and place of those quakes.

"All this uncertainty leaves multiple, equally plausible interpretations on the table– most of which are not sensational," she said.

Goldfinger said he is "just going to lay out the case" at the upcoming conference.

Two of the biggest US earthquake faults might be linked – Alexandra Witze – Nature (December 5, 2019)

We relate the late Holocene northern San Andreas fault (NSAF) paleoseismic history developed using marine sediment cores along the northern California continental margin to a similar dataset of cores collected along the Cascadia margin, including channels from Barclay Canyon off Vancouver Island to just north of Monterey Bay. Stratigraphic correlation and evidence of synchronous triggering imply earthquake origin, and both temporal records are compatible with onshore paleoseismic data. In order to make comparisons between the temporal earthquake records from the NSAF and Cascadia, we refine correlations of southern Cascadia great earthquakes, including the land paleoseismic record. Along the NSAF during the last ∼2800 yr, 15 turbidites, including one likely from the great 1906 earthquake, establish an average repeat time of ∼200 yr, similar to the onshore value of ∼240 yr. The combined land and marine paleoseismic record from the southern Cascadia subduction zone includes a similar number of events during the same period. While the average recurrence interval for full-margin Cascadia events is ∼520 yr, the southern Cascadia margin has a repeat time of ∼220 yr, similar to that of the NSAF. Thirteen of the 15 NSAF events were preceded by Cascadia events by ∼0–80 yr, averaging 25–45 yr (as compared to ∼80–400 yr by which Cascadia events follow the NSAF). Based on the temporal association, we model the coseismic and cumulative postseismic deformation from great Cascadia megathrust events and compute related stress changes along the NSAF in order to test the possibility that Cascadia earthquakes triggered the penultimate, and perhaps other, NSAF events. The Coulomb failure stress (CFS) resulting from viscous deformation related to a Cascadia earthquake over ∼60 yr does not contribute significantly to the total CFS on the NSAF. However, the coseismic deformation increases CFS on the northern San Andreas fault (NSAF) by up to about 9 bars offshore of Point Delgada, most likely enough to trigger that fault to fail in north-to-south propagating ruptures. GeoRef Subject Cascadia subduction zone Cenozoic California East Pacific Holocene North Pacific Mendocino fracture zone San Andreas Fault turbidite United States Northeast Pacific tectonics upper Holocene Pacific Ocean Quaternary faults.