NASA's exoplanet-tracking satellite Transiting Exoplanet Survey Satellite (TESS) captured a rare glimpse of the entirety of a "comet outburst"– an epic cosmic event where a comet spontaneously combusts in an intense explosion. This is the most complete and detailed observation to date of the formation and dissipation of such occurrence, and astronomers believe it could finally uncover what causes such mysterious outbursts.

According to NASA's release, the satellite recorded a time-lapse video of the event. Although the footage is grainy, it's an awe-inspiring sight of rare celestial death.

"TESS spends nearly a month at a time imaging one portion of the sky. With no day or night breaks and no atmospheric interference, we have a very uniform, long-duration set of observations," said lead researcher Tony Farnham, also a University of Maryland astronomer.

"As comets orbit the Sun, they can pass through TESS’ field of view. Wirtanen was a high priority for us because of its close approach in late 2018, so we decided to use its appearance in the TESS images as a test case to see what we could get out of it. We did so and were very surprised!"

Two theories about the causes of a comet outburst have something to do with the sun vaporizing surface ice and catapulting the space rock forward.

Although one research on the comet called 46P/Wirtanen published in The Astrophysical Journal Letters did not settle the argument, future studies of the data could help astronomers discern it.

#Comet #46P #Wirtanen seen from New Zealand for over 2 hours on the 4th of december, drifting across the sky between Eridanus and Cetus. 178x30s @ ISO 6400 with a #Celestron 9.25 and Canon EOS 6D #Astrophotography pic.twitter.com/tZHLbAmade

One study suggests that a sudden heatwave can hit unstable ice, propelling the sudden explosion. Another one says new ice suddenly becomes exposed to and promptly vaporized by the Sun after the surface of the comet collapses or other geologic activity takes place.

"With 20 days’ worth of very frequent images, we were able to assess changes in brightness very easily. That’s what TESS was designed for, to perform its primary job as an exoplanet surveyor," Farnham noted.

"We can't predict when comet outbursts will happen. But even if we somehow had the opportunity to schedule these observations, we couldn't have done any better in terms of timing. The outburst happened mere days after the observations started."

TESS is a NASA Astrophysics Explorer mission led and operated by MIT in Cambridge, Massachusetts, and managed by NASA's Goddard Space Flight Center. 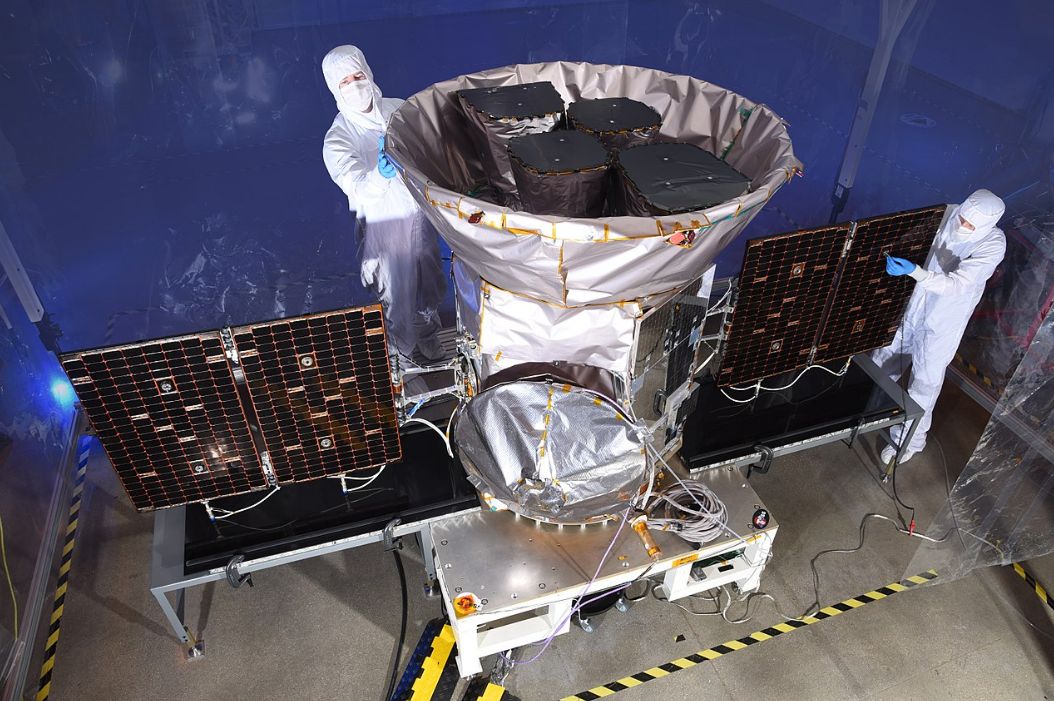 We report on initial results from 20 days' worth of Transiting Exoplanet Survey Satellite spacecraft observations of comet 46P/Wirtanen. The long-duration, high-cadence measurements show a 2018 September 26 outburst that exhibited a two-phase, 0.5 mag brightening profile, and may be the best temporally characterized natural outburst ever recorded. Gas velocities from the outburst peaked at 800 m s -1, while dust expanded at only 10s of m s -1. Coadded images also revealed a previously unreported dust trail that extends beyond the 24° field of view.