Tropical Storm "Kalmaegi", called "Ramon" in the Philippines, maintained its strength and slightly accelerated while moving over the Philippine Sea on Wednesday evening, November 13, 2019, according to weather bureau PAGASA. Kalmaegi is moving west-northwest at 15 km/h (9 mph), with maximum winds of 65 km/h (40 mph) and gustiness of up to 80 km/h (50 mph). It formed as a low-pressure area east of Virac, Catanduanes on November 12.

PAGASA's forecast said light to moderate with occasional heavy rains may be experienced over Catanduanes, Camarines Norte, Camarines Sur and the eastern section of Cagayan and Isabela.

Light to moderate with intermittent heavy rains are expected over Apayao, Aurora, Quezon, Marinduque, and the rest of Cagayan, Isabela, and Bicol Region.

Between the evening of November 14 and Friday evening, November 15, light to moderate with occasional heavy rains may be experienced over the eastern portion of Cagayan and Isabela. 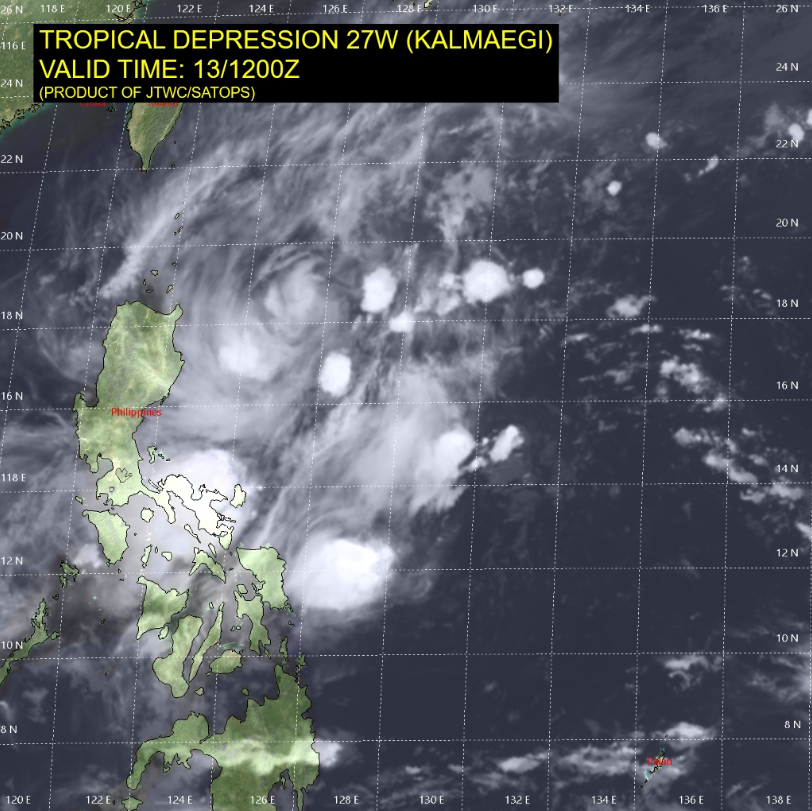 Residents in the areas mentioned especially those living in parts vulnerable to flooding and landslides are advised to take precautionary measures and coordinate with local disaster risk reduction and management offices. Furthermore, the weather bureau advised locals to continue monitoring for updates, particularly the Thunderstorm or Rainfall Advisories and Heavy Rainfall Warnings to be issued.

A Tropical Cyclone Wind Signal (TCWS) may be raised over Pollilo Islands, Northern Aurora, and Eastern Isabela in the next update. 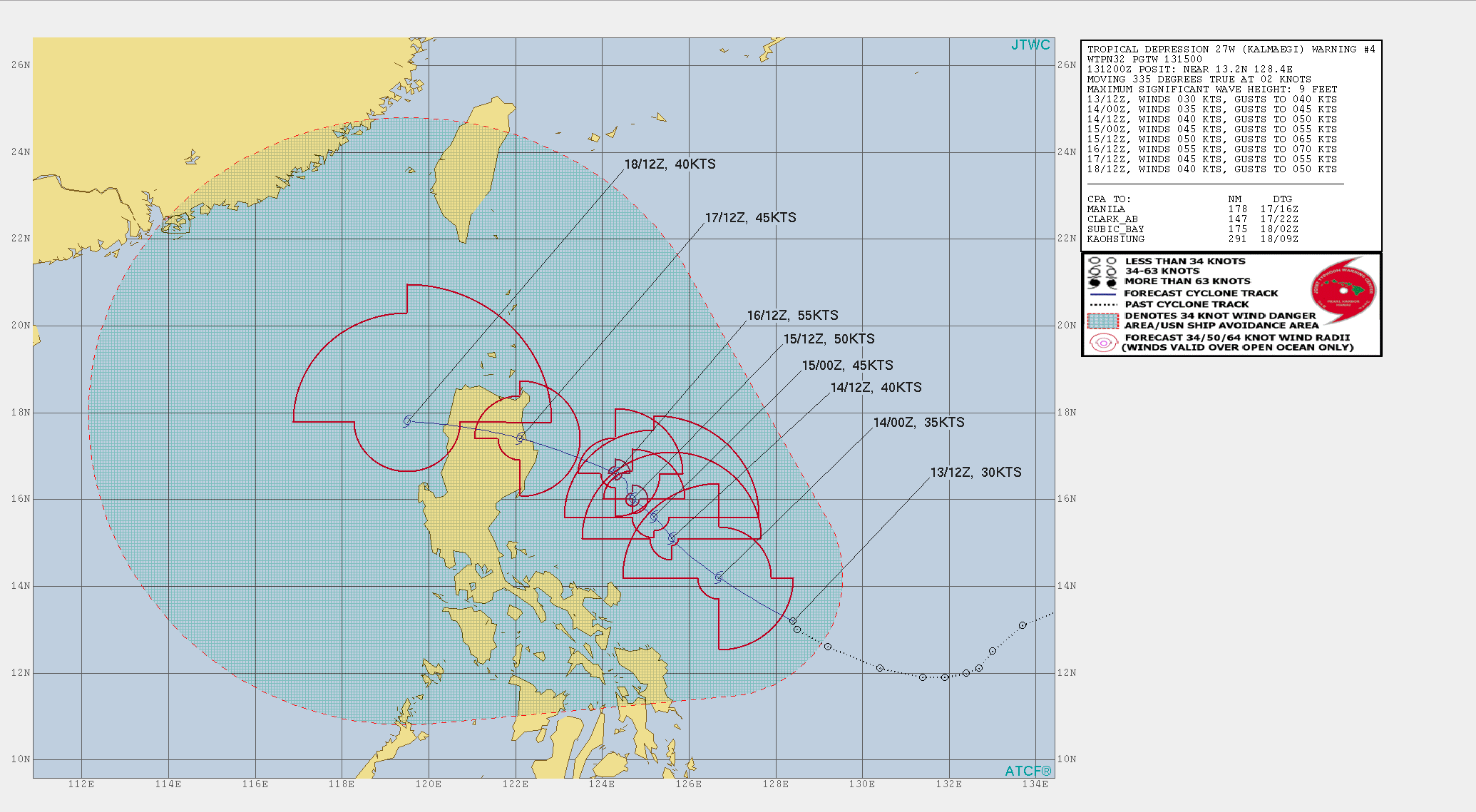 TCWS #2 has been raised in Catanduanes, which is expected to be hit by a probable tropical cyclone. Winds of greater than 61 to 120 km/h (38 to 75 mph) may strike the region in 24 hours.

The agency warned that winds may damage exposed communities, banana plants may be downed, few trees may be uprooted, and wheat may be adversely affected.

Meanwhile, TCWS #1 has been raised in the provinces of Camarines Norte, Camarines Sur, Albay, and Sorsogon, as well as Eastern Samar and Northern Samar. Intermittent rains with winds of 30 to 60 km/h (19 to 37 mph) may be expected in 36 hours. 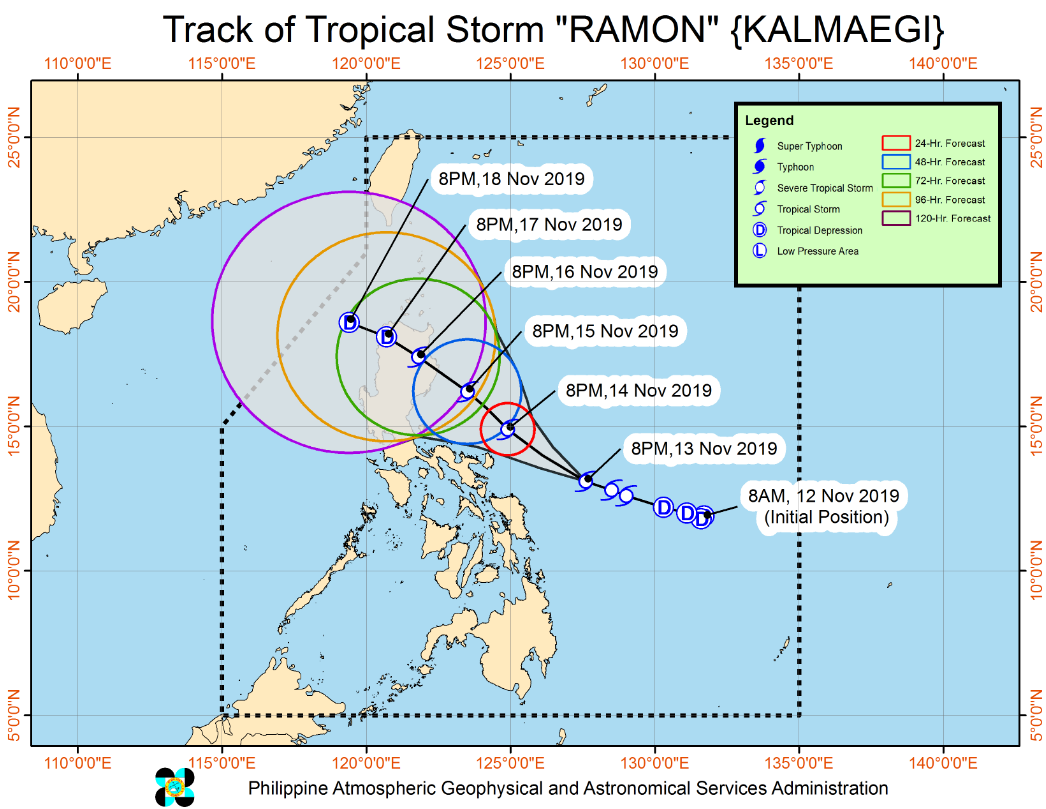 By Monday evening, November 18, Kalmaegi will be at 135 km (83 miles) west-northwest of Laoag City, Ilocos Norte.

Meanwhile, another tropical storm named "Fengshen" is seen forming in the Northwestern Pacific Ocean and is expected to pass just north of Agrihan, Northern Mariana Islands. 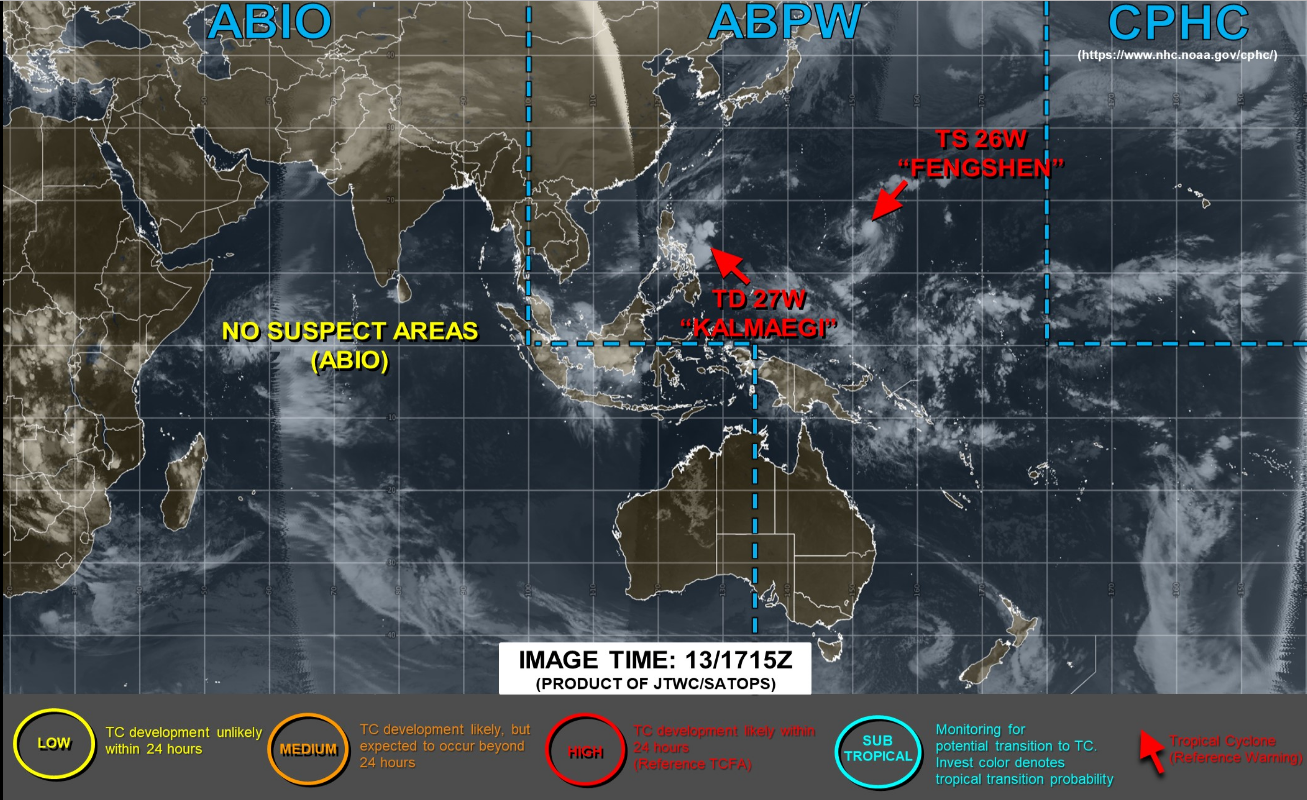