Tropical Storm "Lorena" formed on September 17 as the 14th named storm of the 2019 Pacific hurricane season and intensified into a hurricane on September 18 just offshore the coast of Colima, Mexico. Its interaction with land weakened it into a tropical storm on September 19 and it became a hurricane again at 09:30 UTC on September 20. At the time, its center was located 160 km (100 miles) ESE of Cabo San Lucas, Mexico.

At 18:00 UTC on September 20, Lorena was very near the southern portion of the Baja California Peninsula, about 55 km (35 miles) E of Cabo San Lucas.

A Hurricane Warning is in effect for Baja California peninsula from La Paz to Puerto Cortes.

A Hurricane Watch is in effect for the east coast of the Baja California peninsula north of La Paz to San Evaristo.

A Tropical Storm Warning is in effect for Puerto Cortes to Cabo San Lazaro. 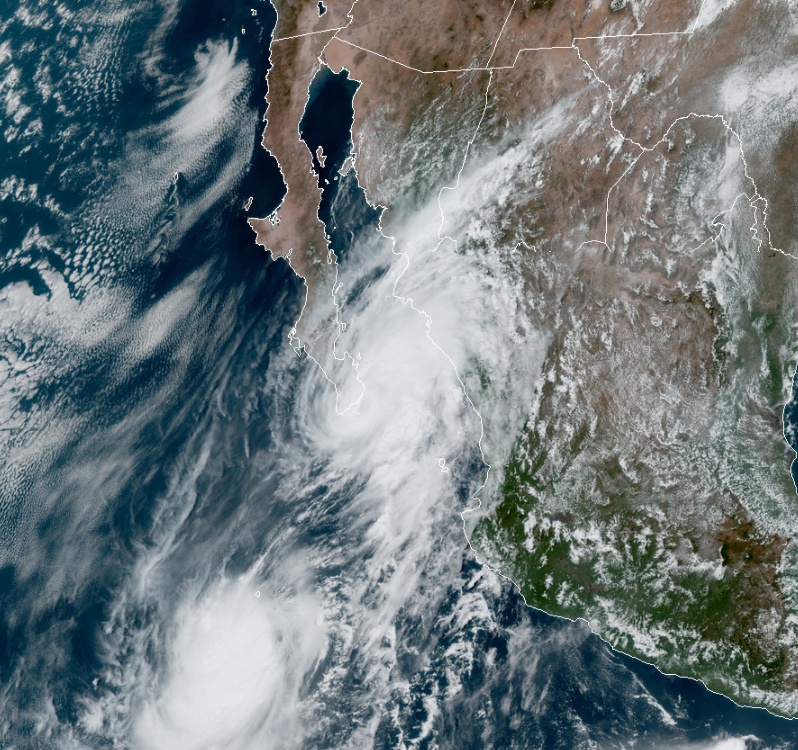 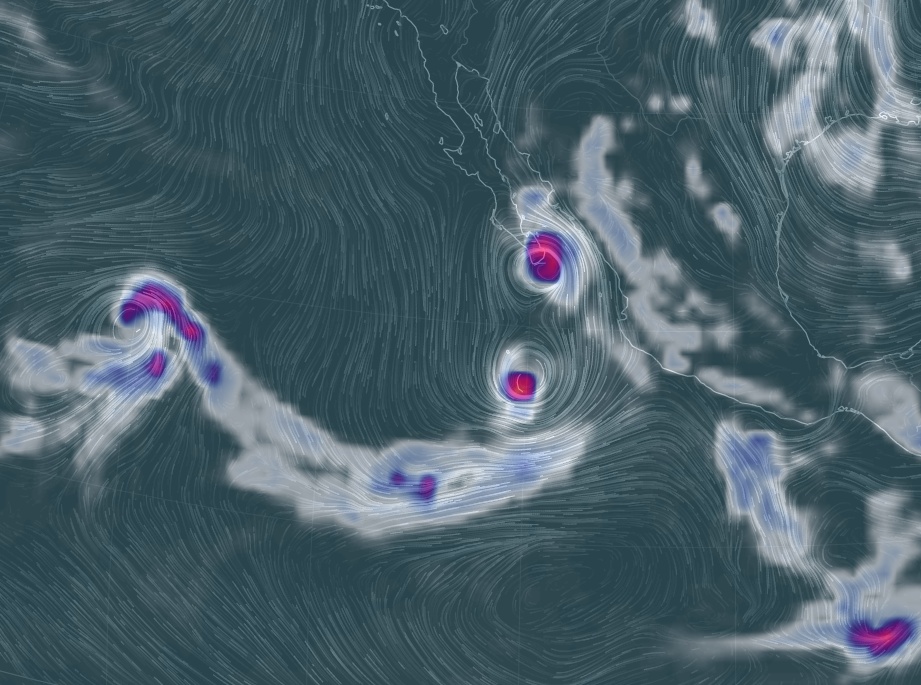 On the forecast track, the center of Lorena will move near or over the southern portion of the Baja California peninsula later today, and then gradually move away from the west coast of the peninsula tonight and Saturday.

Some additional strengthening is possible today, but weakening is likely to begin by Saturday night, and Lorena will then either degenerate into a remnant low, or become absorbed by Tropical Storm Mario in a couple of days. 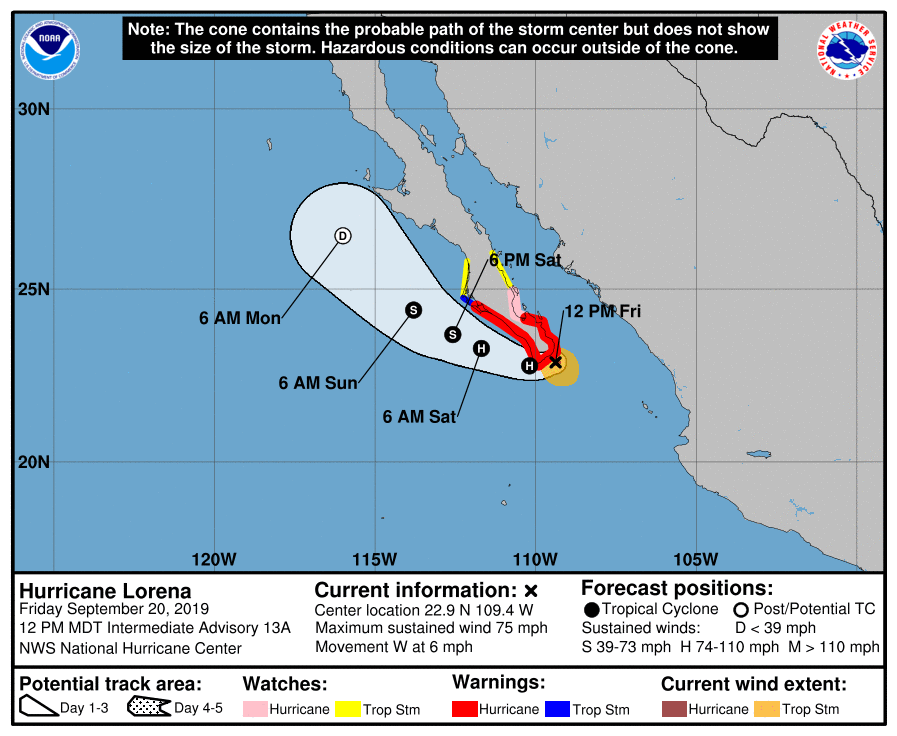 "Lorena is moving over very warm waters, and this could help the cyclone to strengthen some during the next 12 hours while the cyclone is near or over the southern portion of the Baja California peninsula," NHC forecaster Avila noted at 15:00 UTC.

"After that time, once the cyclone reaches the cooler waters just west of the peninsula, weakening should the begin. In addition, the chances of Lorena becoming absorbed by Tropical Storm 'Mario' in about 48 hours have increased as indicated by some global models. Regardless of the possible interaction scenario, dissipation of Lorena will occur in less than 4 days."

Lorena is expected to produce rainfall accumulations of 75 – 150 mm (3 to 6 inches), with maximum amounts around 200 mm (8 inches), across southern Baja California Sur. This rainfall may result in flash flooding.

Swells generated by Lorena will affect portions of the southwestern coast of Mexico and the southern Baja California peninsula during the next few days. These swells are likely to cause life-threatening surf and rip current conditions.