The Aviation Color Code is Red. 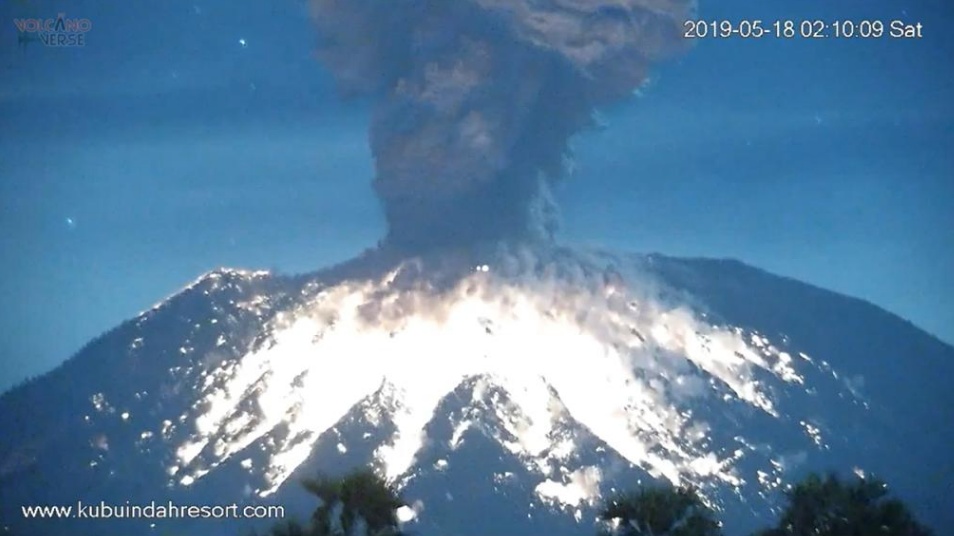 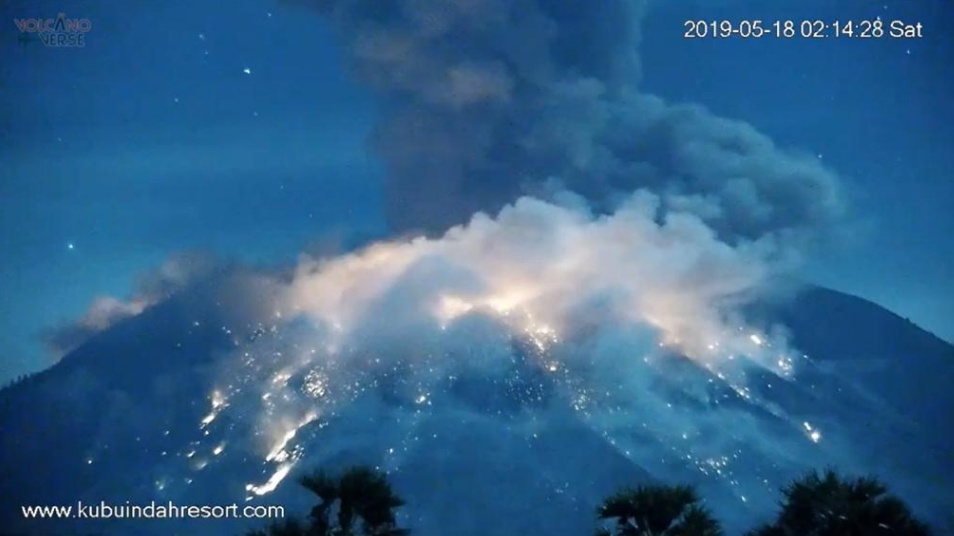 Explosion at #Agung volcano in Bali. What a gorgeous webcam view!
Screenshots from this video: https://t.co/2sY1lb3Otz pic.twitter.com/DRhiozBsf3 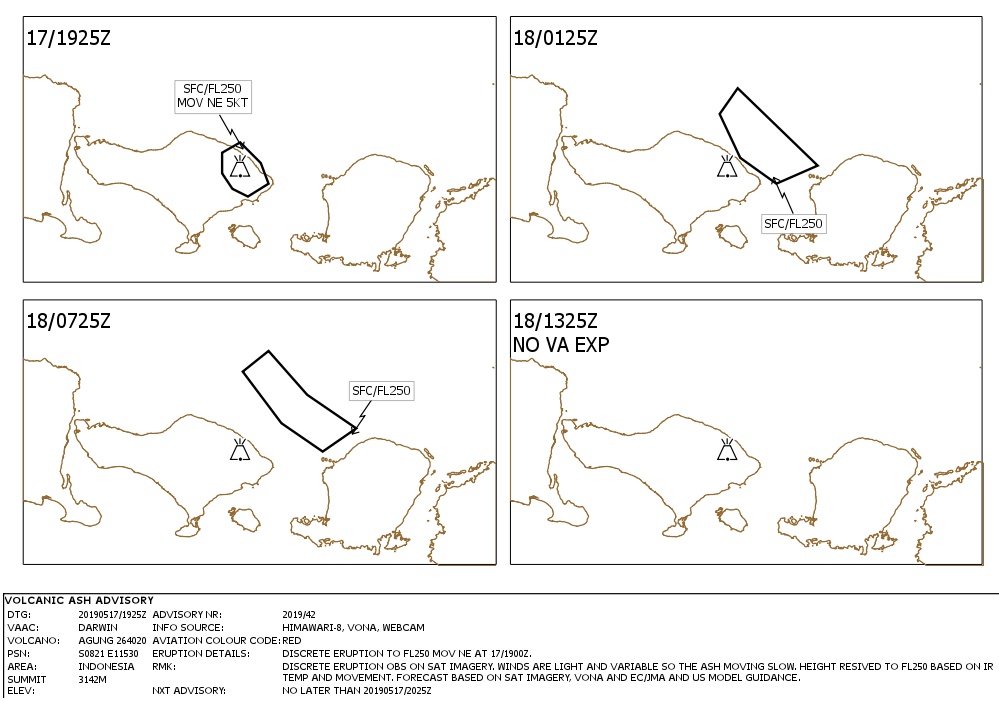 The last eruption at this volcano took place on May 12. It was accompanied by a loud bang audible at the Agung Volcano Observatory in Rendang (about 8 km / 5 miles SW). 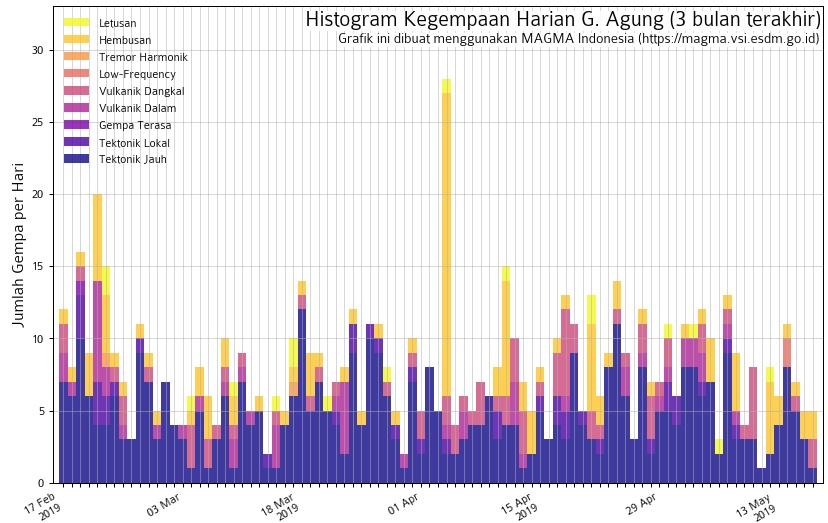