Heavy snow and gusty winds are affecting parts of the northern Rockies, northern Plains, and upper Midwest this weekend with blizzard conditions expected in portions of Montana. Accumulating snow is expected as far south as Chicago. Elsewhere, breezy and cooler conditions are forecast for much of the East.

A shortwave impulse tracking across the central plains will sustain a surface low across the Midwest states on Saturday, April 27, 2019, NWS forecaster Hamrick noted.

The majority of the precipitation with this event is expected north of the surface low track from South Dakota to southern Michigan. 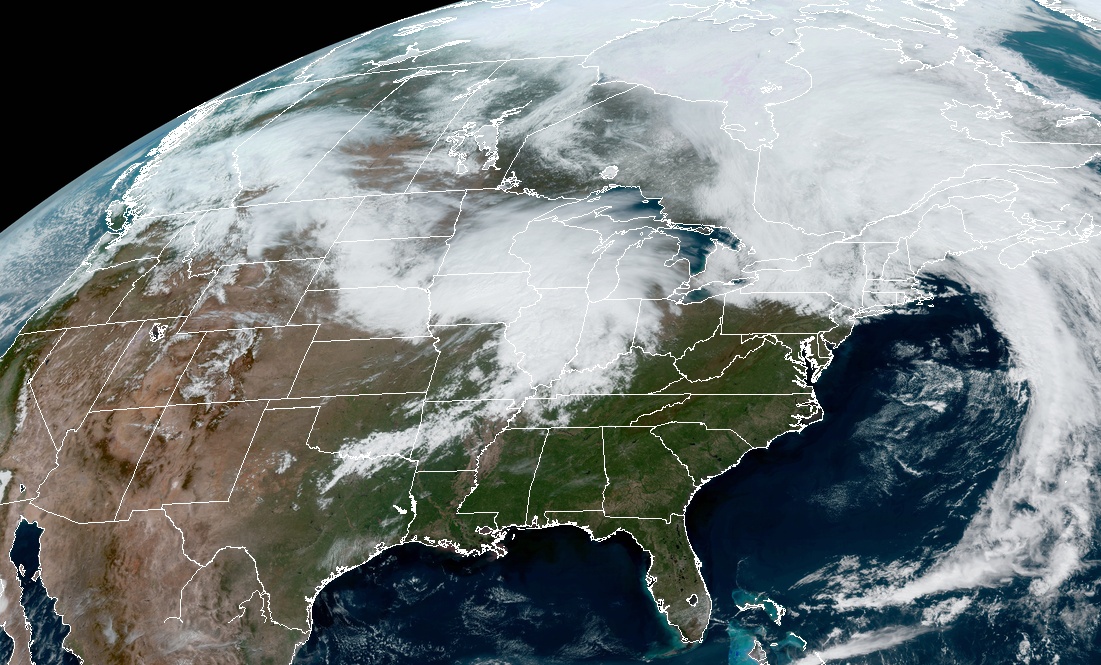 Late season accumulating snow is expected on the northern edge of the precipitation with several inches of snow likely from southern Minnesota to near the greater Chicago area, with winter storm warnings in effect for parts of these areas.

In the warm sector of this low, scattered showers and storms are likely across parts of Oklahoma, Arkansas, and northern Texas, with some severe storms possible.

Towards Saturday night and Sunday, April 28, a second storm system will organize over the Rockies and western High Plains in response to a closed upper level low.

This will likely result in heavy mountain snow across western Montana and extending eastward across parts of North Dakota, and gusty winds for the Intermountain West behind the cold front. Another round of heavy rain is likely across the central plains ahead of the surface low.

While it is not uncommon for this portion of the northern tier of the U.S. to receive snow during late April, the amount of snow expected in Chicago will challenge records, Sosnowski added.