GNS scientists are monitoring a slow-slip event that started at the end of March 2019 near Gisborne, off the east coast of North Island, New Zealand. Slow-slip events are linked to an increase in localized earthquake activity. A similar sequence of earthquakes was observed during the March 2010 Gisborne slow-slip event.

Slow-slip events are quite common in this part of New Zealand, due to the subducting Pacific Plate moving westward under the Australian Plate, GNS Science Geophysicist Laura Wallace said April 5.

Slow-slip events in this area tend to last around a few weeks, so this one is still in its early days, she said.

Scientists have so far recorded up to 3 cm (1.18 inches) of eastward displacement at GeoNet continuous GPS sites. This is caused by up to 10 – 15 cm (4 – 5.9 inches) of movement on the Hikurangi plate boundary offshore of Gisborne, as you can see from the below model. 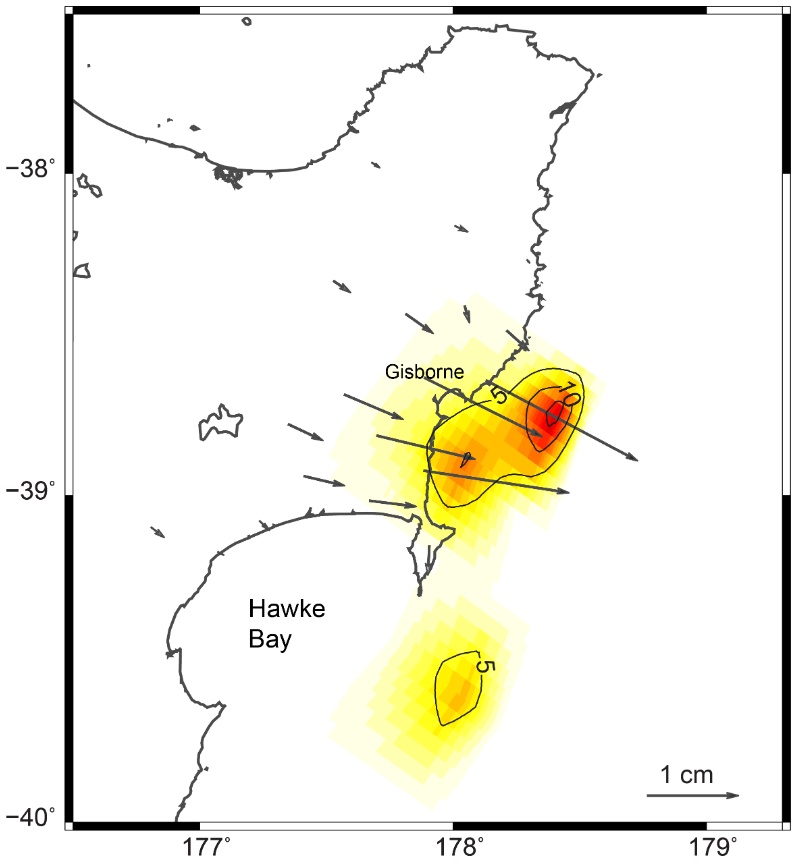 Slow-slip movement model showing the direction of movement of GeoNet GPS sites and amount of displacement at the plate boundary. Credit: GNS Science

"Because we know that this area has regular slow-slip events, our scientists have been studying this area for years. Right now, we have instruments out in on the seafloor off Poverty Bay that are waiting to capture the data from events like this. Our scientists can then study these land movements and changes offshore, to better understand the processes at subduction zones and the relationship of slow slip events to earthquakes.

"Slow-slip events are linked to an increase in localized earthquake activity, which we are seeing off the coast of Mahia Peninsula. Most of these quakes have been too small to feel." 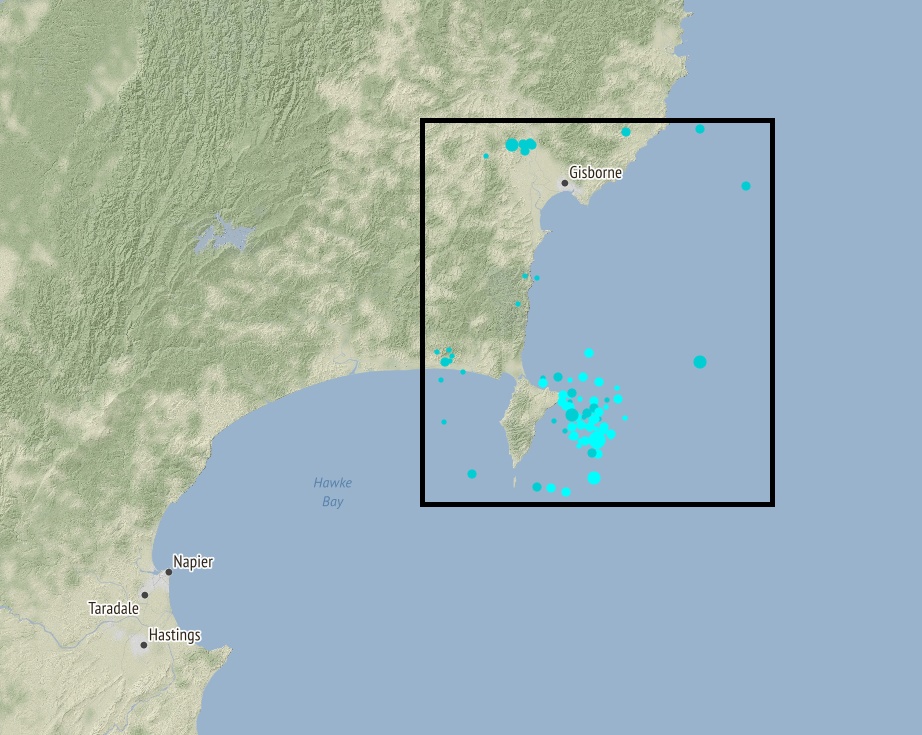 GNS has recorded dozens of slow-slip events since their first detection in 2002 after installing a GPS (Global Positioning System) network around New Zealand to monitor land movement.

Slow-slip events (sometimes called silent earthquakes) are undetectable by both humans and seismograph network because they move faults over weeks to months instead of within seconds like the earthquakes that you typically think of.