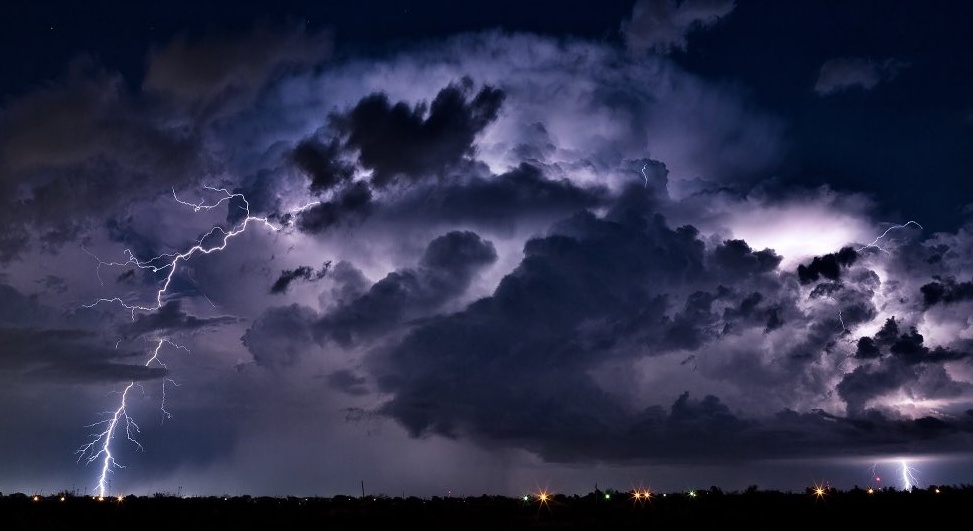 Severe thunderstorms, large hail and at least one tornado hit Texas on April 6 and 7, 2019, leaving at least one person injured and more than 175 000 customers without power. Severe weather continues over the country on April 8.

An 11-year-old girl was reportedly thrown back when lightning struck nearby water well in Dayton, TX. According to local media reports, the girl is in good condition.

Up to baseball-sized hail was reported in parts of the region, including Grapeland where several cars sustained massive damage.

NWS confirmed an EF-1 tornado touched down in Pasadena Sunday afternoon. The twister first touched down at a business complex at Shaver St. and Edgebrook Dr. near South Houston High School, where it took 8 to 10 power poles and ripped off the back side of a vacant business, meteorologist Dan Reilly said.

"We do have broken poles, broken power lines down. We do have a building that's partially collapsed," said Pasadena Volunteer Fire Department assistant chief Art Aleman.

I’ll take you inside San Gabriel Christian Church on @KVUE at 5:30pm pic.twitter.com/iHXmBybpMi

This family says their home may be a total loss after the possible tornado in San Gabriel. A 95 year old woman was inside at the time and thankfully she wasn't hurt. pic.twitter.com/0I1H2PfkJi

Strong winds produced by the storm downed trees and power lines, leaving more than 175 000 homes and businesses without power.

More than 370 flights into and out of airports in Houston and Dallas were canceled as wind gusts reached 113 km/h (70 mph).

We witnessed several brief tornadoes yesterday in central Texas, including one that likely caused the damage in San Gabriel, TX #txwx pic.twitter.com/CB2bGWXTOd

NWS forecasters said the low pressure over the Central Gulf Coast will slowly move eastward off the Southeast Coast overnight Tuesday, April 9. The system will produce showers and thunderstorms over parts of the Lower Mississippi and the Tennessee Valleys along with parts of the Southern Ohio Valley on Monday.

The showers and thunderstorms will move into parts of the Southeast/Southern Mid-Atlantic on Monday evening and move off the Southeast Coast overnight Tuesday.