Seismograph recorded and eruption amplitude of 25 mm and a duration of 3 minutes and 58 seconds, Mount Agung observatory reported, adding that thundering sound could be heard at the observatory, located about 2 km (1.2 miles) from the crater.

The eruption caused panic among residents praying at Besakih Temple, located 9 km (5.6 miles) from the volcano. According to the Jakarta Post, many reportedly screamed in panic when they heard rumbling sounds during their visit to the temple for Panca Wali Krama, a major Balinese Hindu ceremony.

Authorities are warning everyone to steer clear of the danger zone which is still 4 km (2.5 miles) from the crater.

People living along the rivers at the foot of the volcano have been warned to watch for a possible lava flow that could come on rainy days.

Bali is still safe and the airport is operating normally, authorities said. 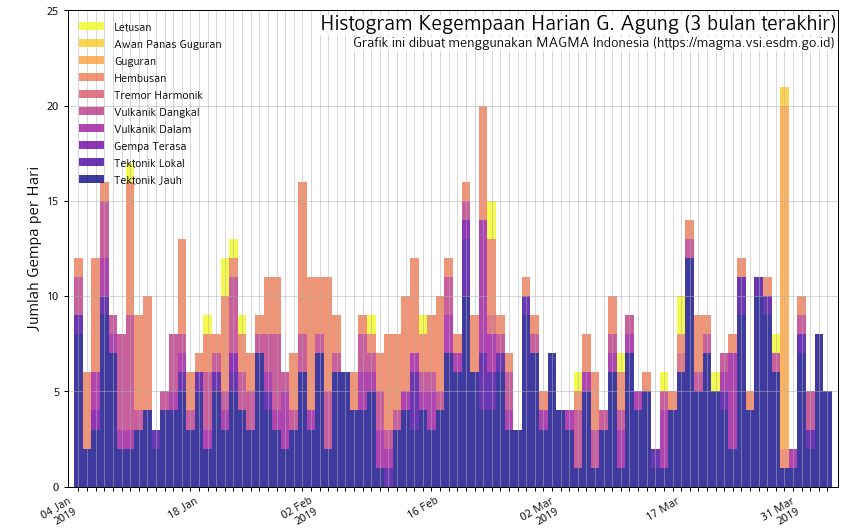