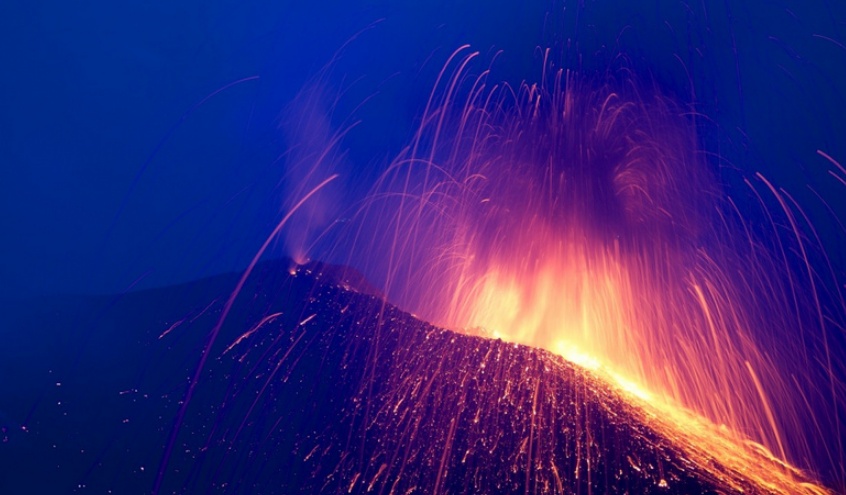 Activity at Stromboli volcano, Aeolian Islands, Italy remains at high levels since the end of December 2018.

Today's activity at the volcano is characterized by puffing with high amplitude mainly located at NE vent and by high amplitude explosions at NE e C vent, the Laboratorio Geofisica Sperimentale (LGS) noted in Stromboli Daily Report published by 12:49 UTC on January 21, 2019.

VLP amplitude is medium with a rate showing high values and the tremor is at medium level.

The infrasonic activity is high. The acoustic pressure of explosions is high, 2.91 bar (standard values <1 bar). The amplitude of puffing is high, ~100 mbar.

SO2 flux in the NE sector of the crater terrace remains up to medium values.

Rockfall activity is low (zero detections during the last 24 hours) and the SO2 flux in the NE sector of the crater terrace remains up to medium values. The activity is compatible with the thermal anomalies recorded by MODIS (max 15 MW). 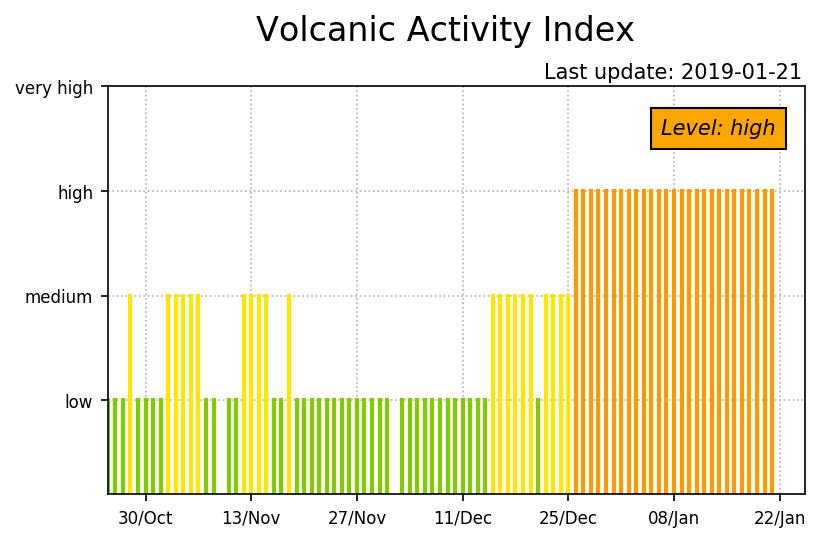 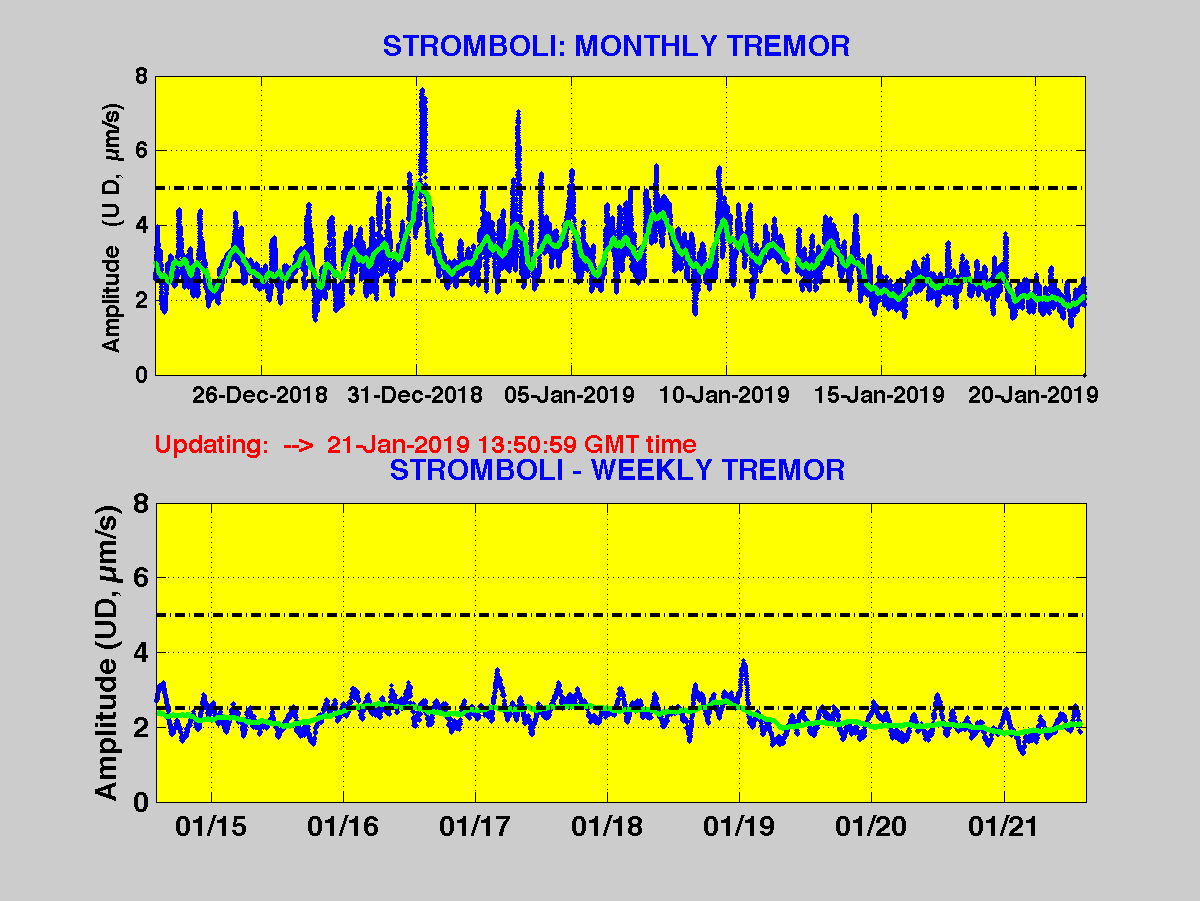 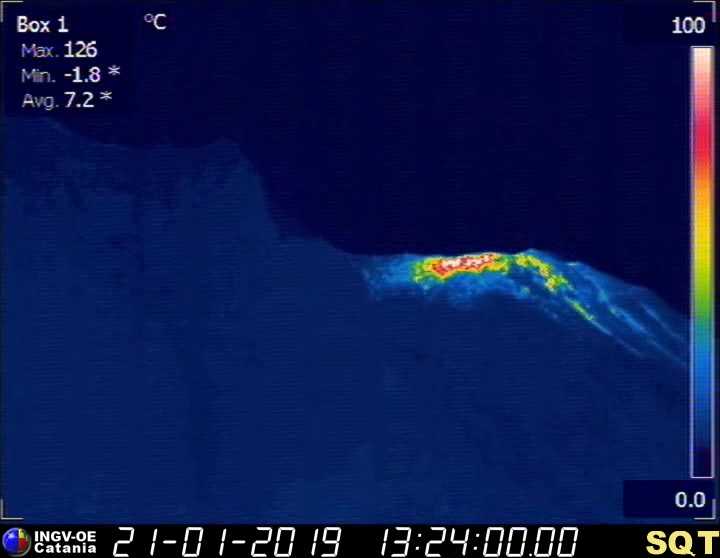 "When observed from close earlier today, there were 6 active vents producing intermittent strombolian explosions of small to large size," volcanologist Dr. Tom Pfeiffer of the Volcano Discovery reported on January 20.

"The new cinder cone that has been built recently around the NE vent displayed mild and continuous lava spattering with intense lava glow at night, as well as strombolian explosions of small to moderate size (ejection heights racing from few tens of meters to approximately 150 m / 492 feet) at intervals of 10 – 20 minutes: