Tropical Cyclone "Alcide" formed November 6, 2018 as the first named storm of the 2018/19 South-West Indian Ocean cyclone season. Over the next 48 hours, this system strengthened into a Category 3 hurricane equivalent. Its formation comes 9 days before the official start of the season which runs through April 30.

The minimum barometric pressure was 965 hPa and the system was moving west-southwestward at 13 km/h (8 mph). 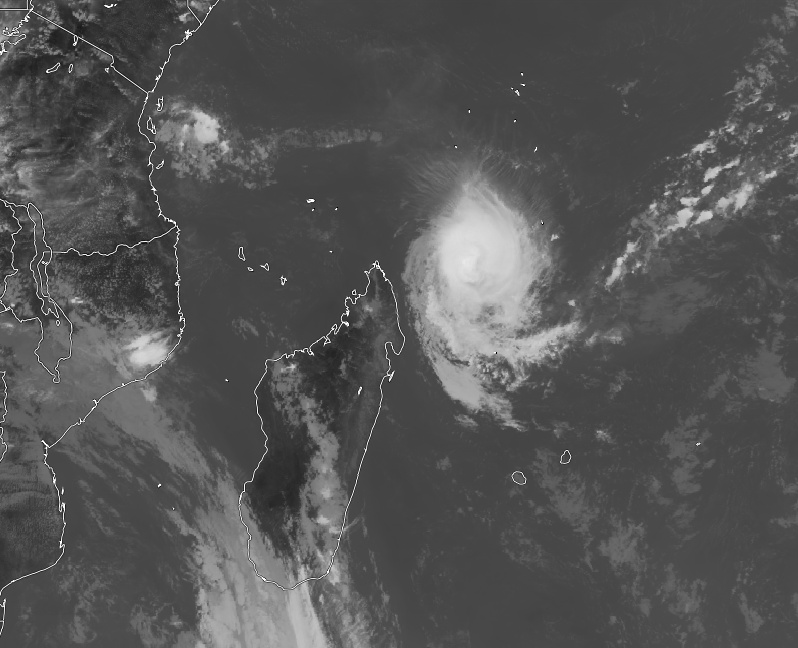 While Alcide is not expected to make landfall over Madagascar, or any of the nearby islands, gusty showers and dangerous surf will affect its northern regions during the week.

A quasi-stationary period is expected after 06:00 UTC, November 9.