Tropical Storm "Vicente" formed October 19, 2018, near the coast of southwest Mexico as the 21st named storm of the 2018 Pacific hurricane season. The storm is now meandering off the coast, dropping heavy rain and rising the threat of flash flooding and landslides. 6 people have already been killed in Oaxaca this week after heavy rains caused destructive landslide in San Pedro Ocotepec.

There are currently no coastal watches or warnings in effect. However, interests along the southeastern and southern coast of Mexico should monitor the progress of this storm.

Vicente is a tiny cyclone but heavy rain and flash flooding are possible over portions of southeastern Mexico.

On the forecast track, the center of Vicente will gradually move farther away from the coasts of Guatemala and southeastern Mexico today. 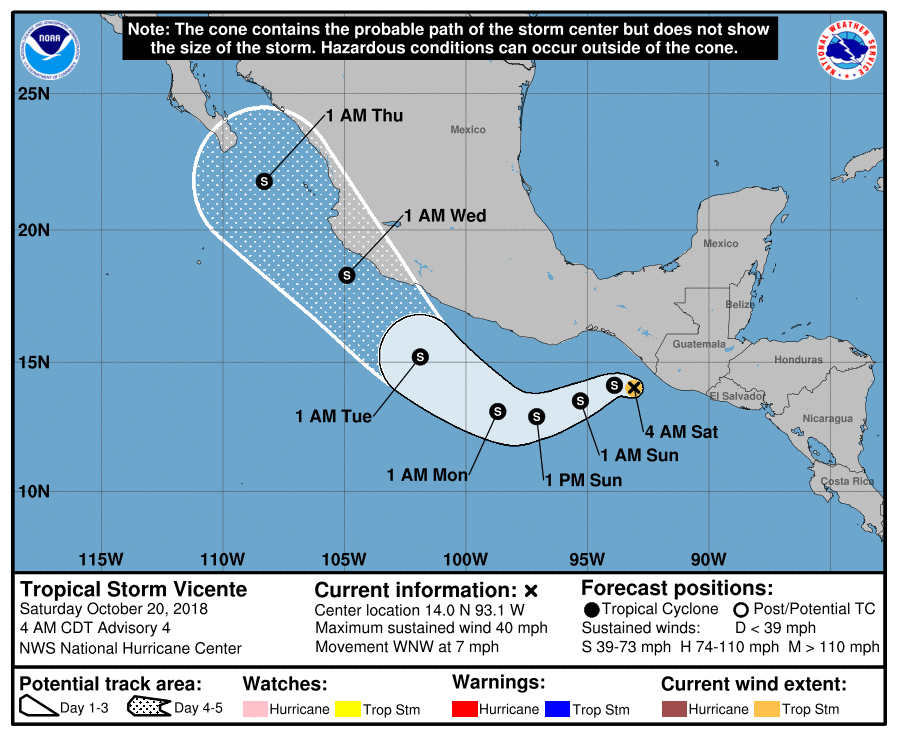 Through Wednesday morning, October 24, Vicente is expected to produce 75 – 150 mm (3 to 6 inches) of rain with local amounts to 250 mm (10 inches across portions of the Pacific coast of southeastern and southern Mexico.

This rainfall could produce life-threatening flash flooding and landslides within mountainous terrain. 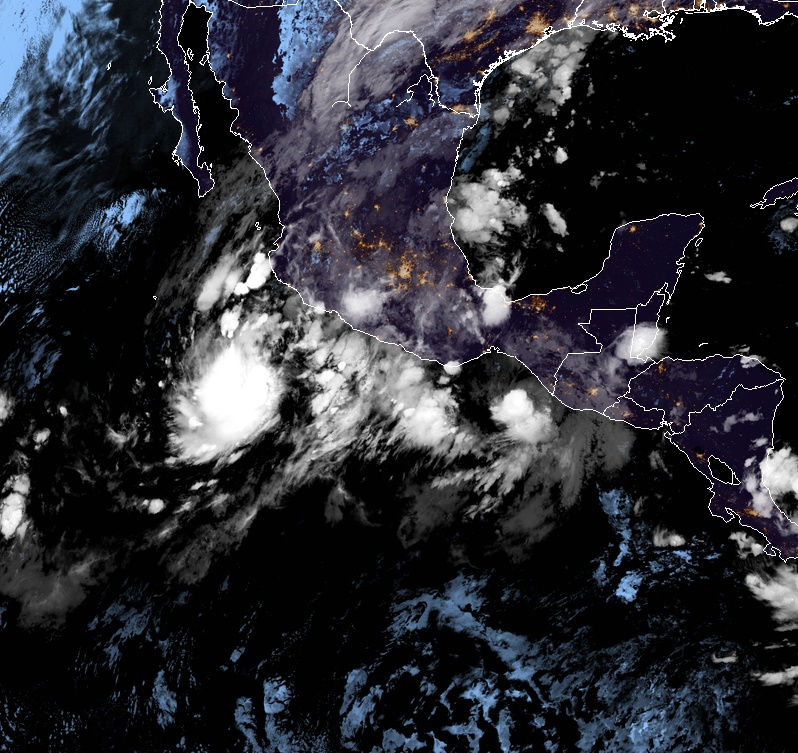 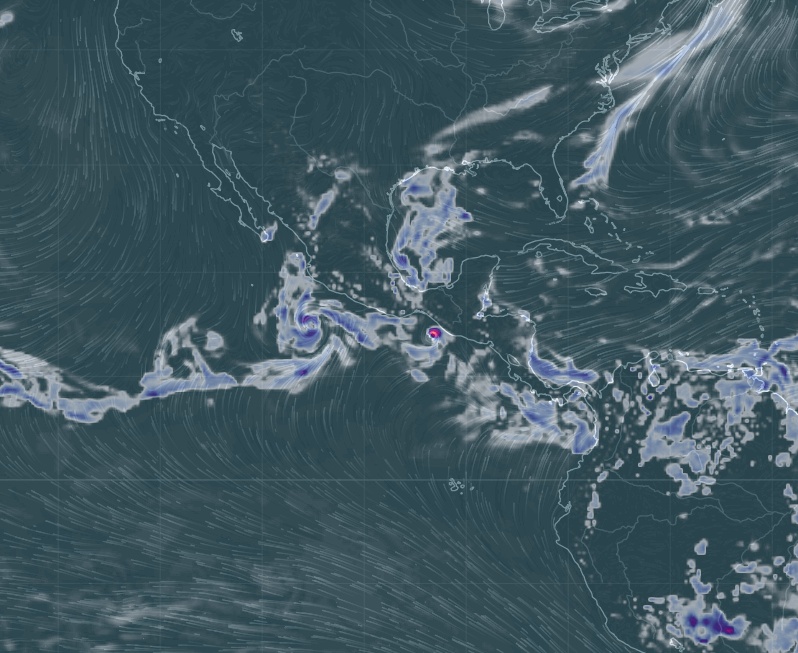 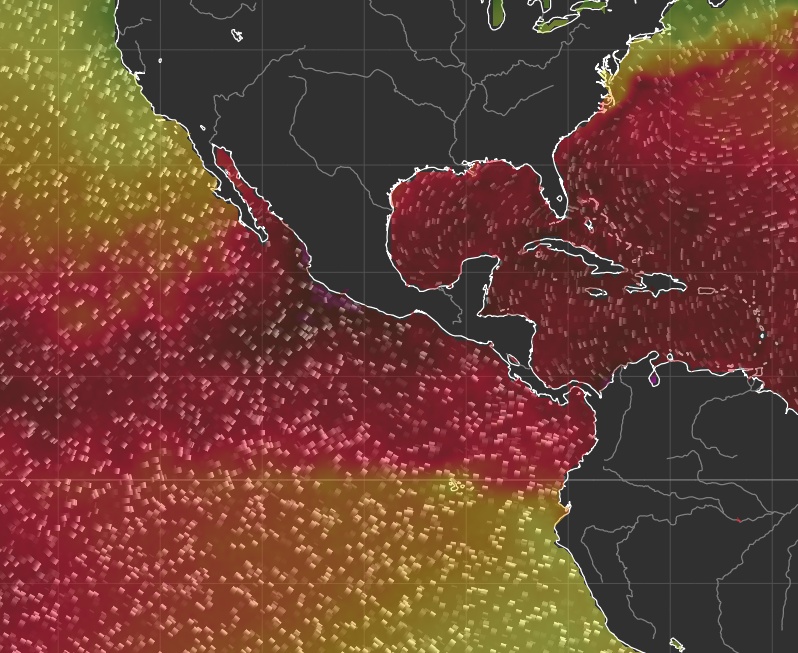 Another storm is organizing W of Vicente.

Currently known as Tropical Depression 24, and soon to be named Willa, is expected to reach tropical storm strength today and become a hurricane by October 22 and major by the 24th. 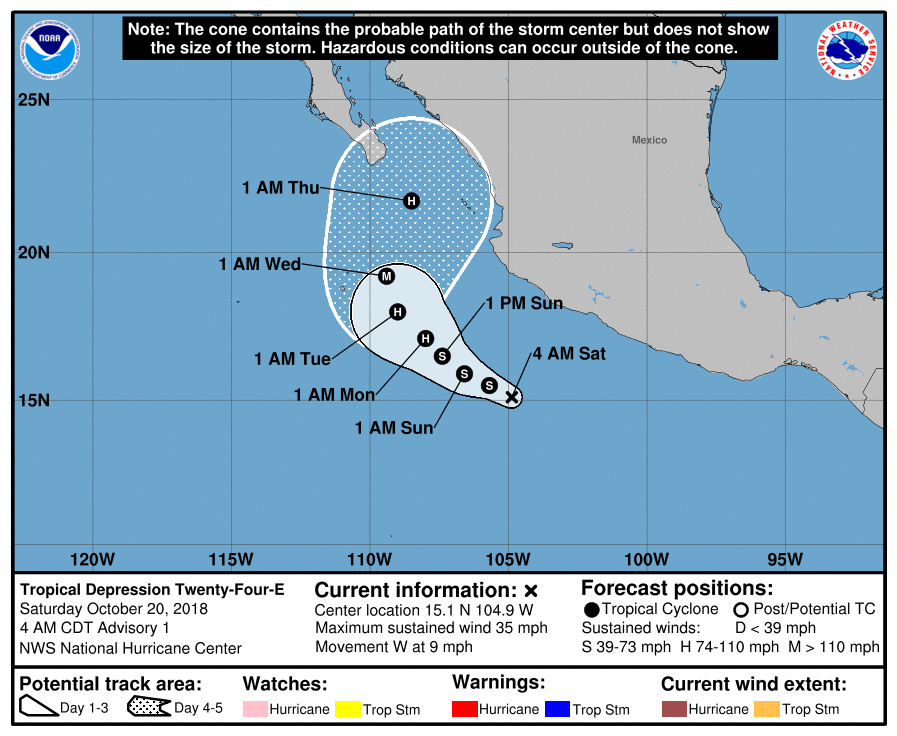 Its still to early to be sure where this storm will end, but current forecast track takes it just south of the southern tip of Baja California Sur and into Mexico late next week.