Typhoon "Jongdari" made landfall near Ise in Mie Prefecture around 01:00 JST on Sunday morning, July 29, 2018 (16:00 UTC, July 28), with maximum sustained winds of 90 km/h (56 mph) and gusts to 126 km/h (78 mph). Jongdari continued traveling across western Japan, cutting off power to some 150 000 homes, leaving at least 24 people injured and causing extreme heat in the Hokuriku region. The storm is expected to make a loop just south of Kyushu through Tuesday night (local time) and head toward Shanghai, China. Downpours will continue over southern parts of Kyushu and Shikoku.

Airlines canceled many flights to and from the affected regions Sunday for the second day in a row, and train service was delayed or suspended, the Associated Press reported.

At least 15 vehicles, including an ambulance and a police car, were stuck on a water-covered road near the ocean due to high waves in Odawara City near Tokyo. They were eventually caught up in high water, prompting rescue operations. One man that was reported to be missing has since been found safe.

Radar data showed there was rainfall of more than 120 mm (4.7 inches) per hour in Sakurai, Nara Prefecture, in western Japan, Kyodo News reported.

While Jongdari brought intense rainfall across wide areas, helping people affected by an extreme heatwave, it also led to temperatures rising close to 40 °C (104 °F) in Hokuriku in a phenomenon known as a Foehn wind or moist air that becomes warm and dry after passing over high mountains.

This typhoon had an unusual westbound trajectory, passing directly over regions devastated by recent extreme rainfall and the worst flooding in decades. Luckily, this time many of the residents listened to local authorities who advised residents to evacuate early as a precaution. No injuries or damage were immediately reported.

Temperatures are expected to rise again after the typhoon, bringing back the risk of heatstroke and heat exhaustion. 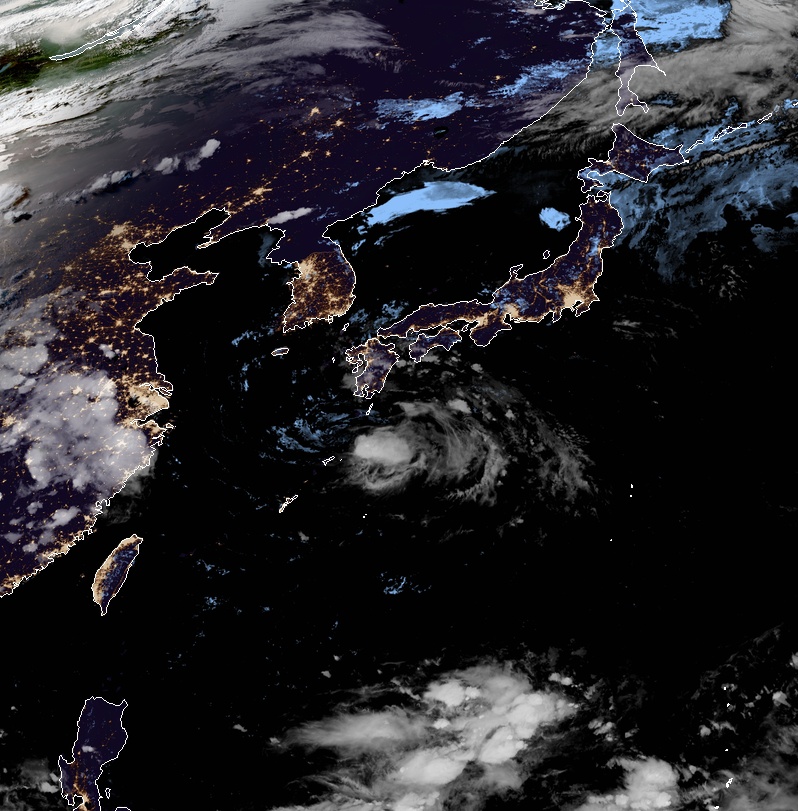 After looping just south of Kyushu, Jongdari might move away from Japan and head toward eastern China re-strengthening.

Landfall close to Shanghai is expected on August 2 (UTC).