On February 7, 2018, the Copernicus Atmosphere Monitoring Service or CAMS, has successfully predicted the appearance of an ozone mini-hole over western Canada on February 12 or 13. Sudden stratospheric warmings like the one currently in progress have been shown to precede the formation of these localized ozone depletion events.

Satellite observations acquired on February 12 and 13 data assimilation confirmed predictions made by ECMWF's CAMS, proving its model really works and can accurately predict these kinds of events. 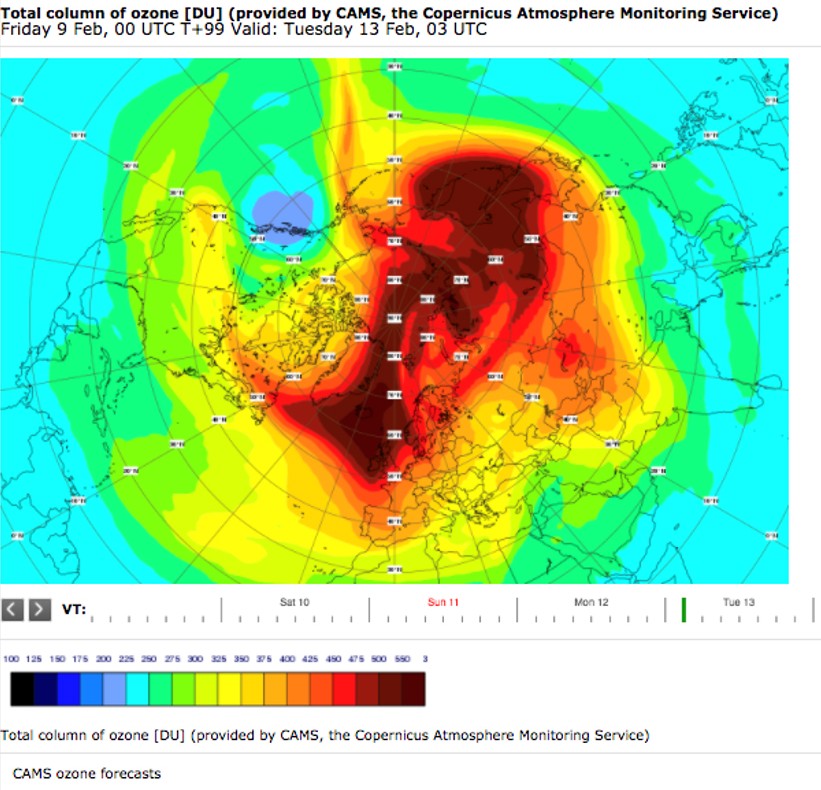 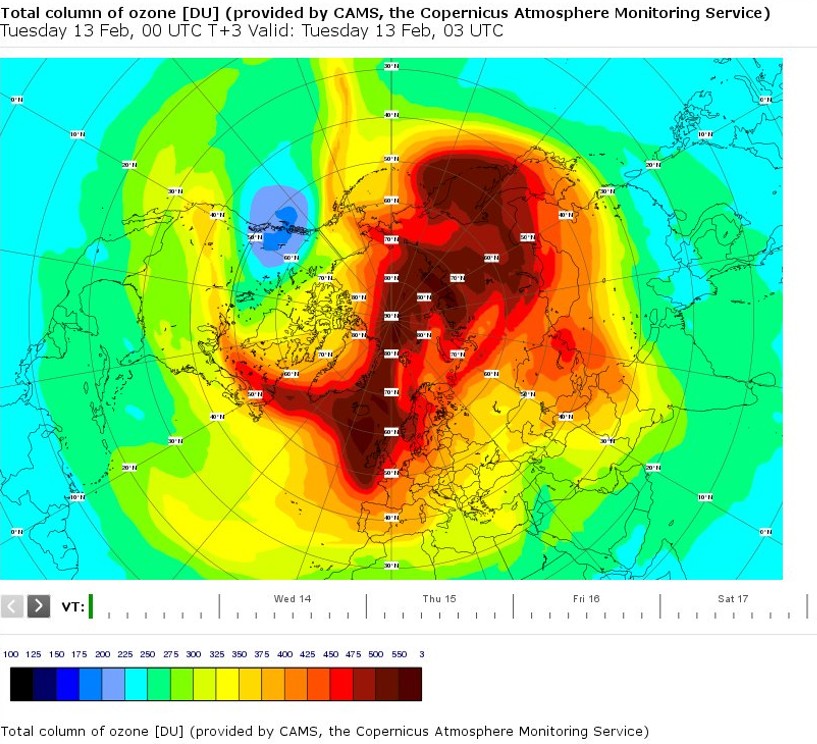 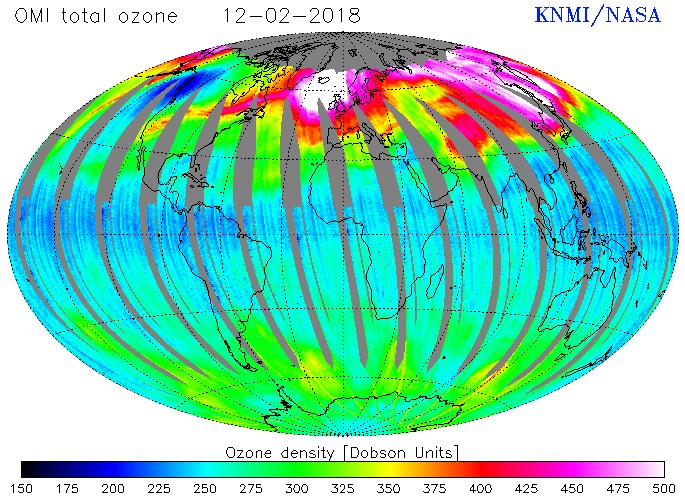 Ozone mini-holes at high northern latitudes are relatively rare as the topography of the continents surrounding the Arctic generally disrupts the polar vortex and prevents the formation of polar stratospheric clouds involved in the chemical reactions that produce chlorine atoms, which are responsible for fast ozone depletion in the mini-holes.

"Our forecast shows that this mini ozone hole will probably persist for a few more days and maybe shift a little towards the East or into the U.S. but it will eventually dissipate," says Mark Parrington, senior scientist for CAMS.

Sudden stratospheric warmings have been shown to precede the formation of these localized ozone depletion events.