Tropical Storm "Dora" formed 09:00 UTC on Sunday, June 25, 2017 near the coast of southwestern Mexico as the fourth named storm of the 2017 Pacific hurricane season. The system is tracking WNW and is not expected to make a landfall. However, heavy rains are possible along coastal sections of the Mexican states of Oaxaca, Guerrero, and Michoacan through Monday.

At 15:00 UTC on June 25, the center of Tropical Storm "Dora" was located 295 km (180 miles) SW of Acapulco and was tracking WNW and 19 km/h (12 mph). This general motion is expected to continue over the next 48 hours. On the forecast track, the center of Dora is expected to move parallel to but remain offshore of the coast of Mexico. 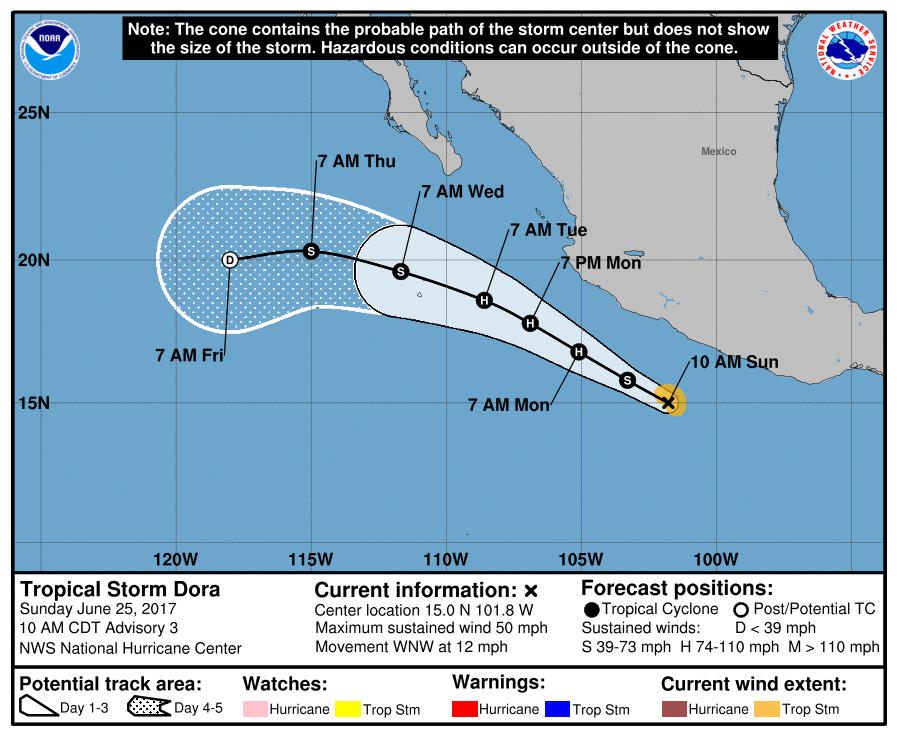 Satellite images indicate that the maximum sustained winds have increased to near 85 km/h (50 mph) with higher gusts. Additional strengthening is forecast during the next day or so, and Dora could become a hurricane on Monday. 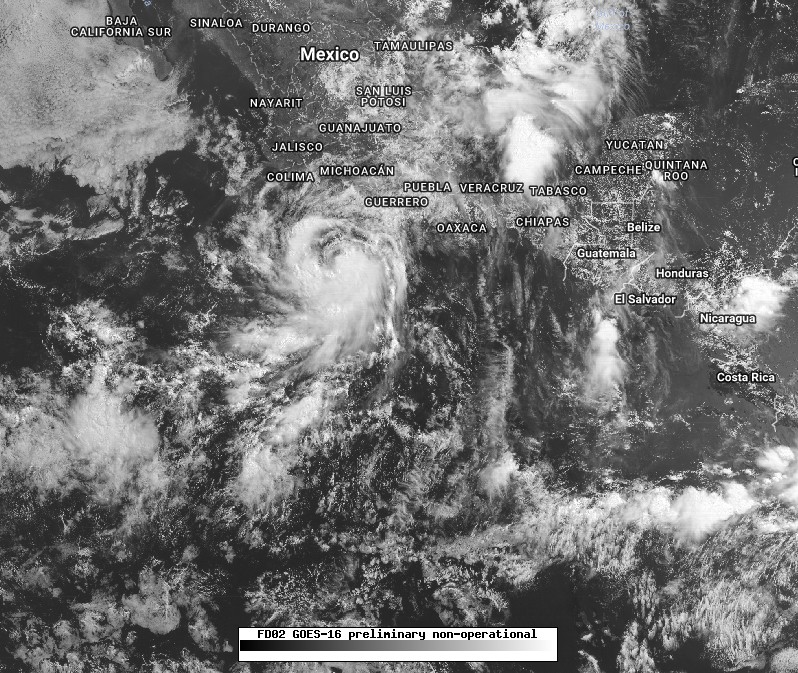 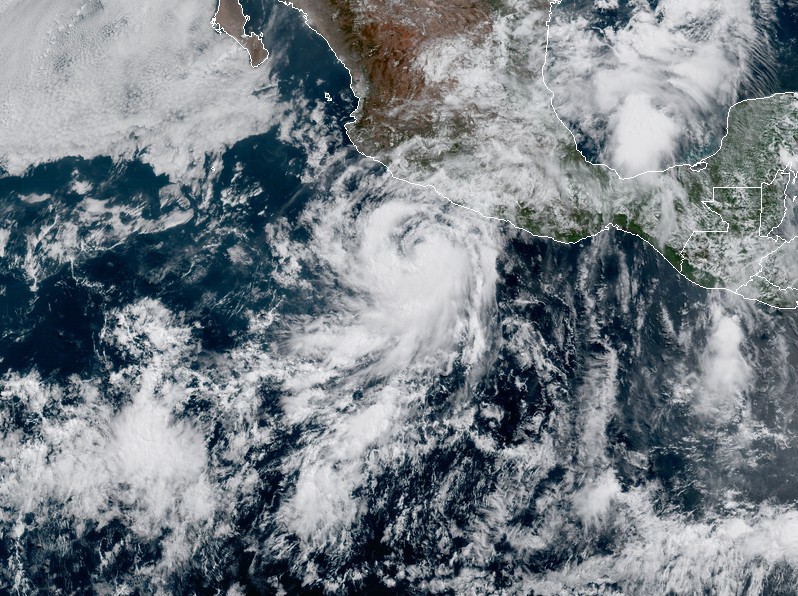 Although Dora is forecast to remain offshore, the outer bands of the tropical cyclone could bring locally heavy rains to portions of coastal southwestern Mexico during the next couple of days. 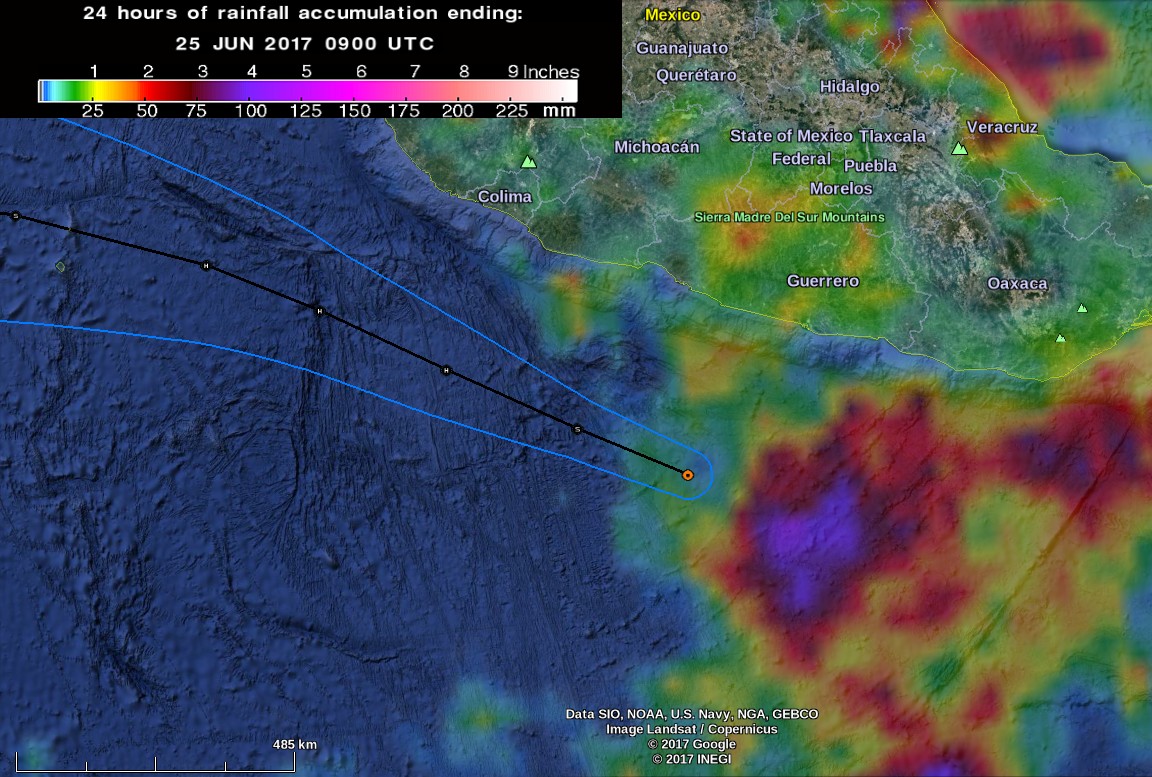 Dora is expected to produce rain accumulations of 25.4 to 76.2 mm (1 to 3 inches) with isolated maximum amounts of 127 mm (5 inches) along coastal sections of the Mexican states of Oaxaca, Guerrero, and Michoacan through Monday.