Beatriz made landfall around 19:00 local time (midnight UTC) between Puerto Angel and Playa Zipolite with maximum sustained winds near 75 km/h (46.6 mph) and gusts to 95 km/h (59 mph). After making landfall, Beatriz weakened back to tropical depression and by 15:00 UTC on June 2 it degenerated further to a remnant low pressure area. However, the storm was still a potent rainmaker, capable of producing life-threatening flash floods.

According to Oaxaca civil protection service, a landslide hit the town of San Marcial Ozolotepec (46 km / 29 miles north of Puerto Angel), leaving one person dead and two missing. Another person died in San Carlos Yautepec (100 km / 62 miles NNE of Puerto Angel). Schools in Oaxaca were closed and flights throughout the region canceled or delayed. 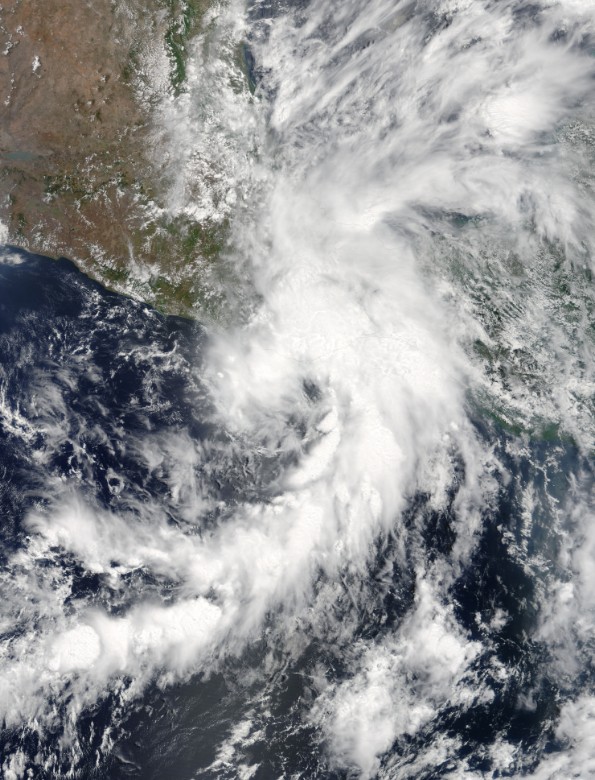 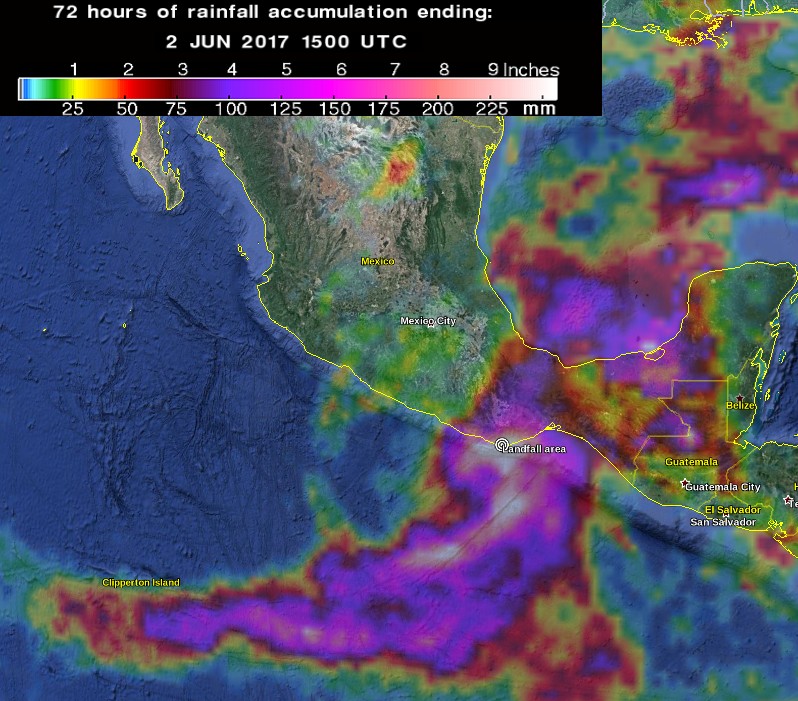 A grim remainder that even "weak" tropical cyclones can be lethal: 2 dead in Oaxaca from #Beatriz @PeriodicoZocalo https://t.co/72GmAPj3ey pic.twitter.com/gxDNUldubf

#Beatriz has dissipated but the potential for life-threatening flash floods and mudslides continues today in #Oaxaca https://t.co/Oy8uoeRKme pic.twitter.com/QBSnnz0LAv

At 15:00 UTC, the center of Ex-tropical Cyclone "Beatriz" was located about 170 km (105 miles) NNE of Puerto Angel. It had maximum sustained winds of 35 km/h (25 mph) and minimum central pressure of 1007 hPa. The storm was moving NNE at 11 km/h (7 mph) and this general motion is expected to continue through tonight. On the NWS NHC forecast track, the remnant low should move across southern Mexico through tonight before it fully dissipates.

The storm is expected to produce additional rainfall of 50.8 – 127 mm (2 – 5 inches) over portions of the state of Oaxaca with isolated total amounts of 457.2 mm (18 inches) possible. NHC warns, however, that while rainfall intensity will be on a decreasing trend today, the potential for life-threatening flash floods and mudslides will continue. Lighter rainfall amounts in the 25.4 – 76.2 mm (1 to 3 inches) range are possible across the southern portion of the state of Veracruz.

Localized flooding is also possible in the states of Chiapas, Tabasco and Campeche by the end of Friday and into Saturday while storm's remnants move across southern Mexico toward the Bay of Campeche.

AccuWeather meteorologists said a piece of Beatriz will 'reach the southern Gulf of Mexico this weekend but is not expected to become the first depression of the Atlantic Basin, where hurricane season officially started on Thursday.' However, tropical moisture could still get drawn northward to enhance the risk of blinding downpours and local flash flooding in the southern United States this weekend and early next week.

After record-breaking Tropical Storm "Adrian," Beatriz is the second named storm of the 2017 Pacific Hurricane Season. According to Dr. Philip Klotzbach, CSU Meteorologist and tropical cyclones expert, Adrian and Beatriz combined for the least Accumulated Cyclone Energy generated by the first 2 NE Pacific storms in a season on record.