Based on earthquake information and historic tsunami records, the earthquake is not expected to generate a tsunami. There is no danger for the US West Cast, British Columbia, or Alaska, NWS NTWC said. 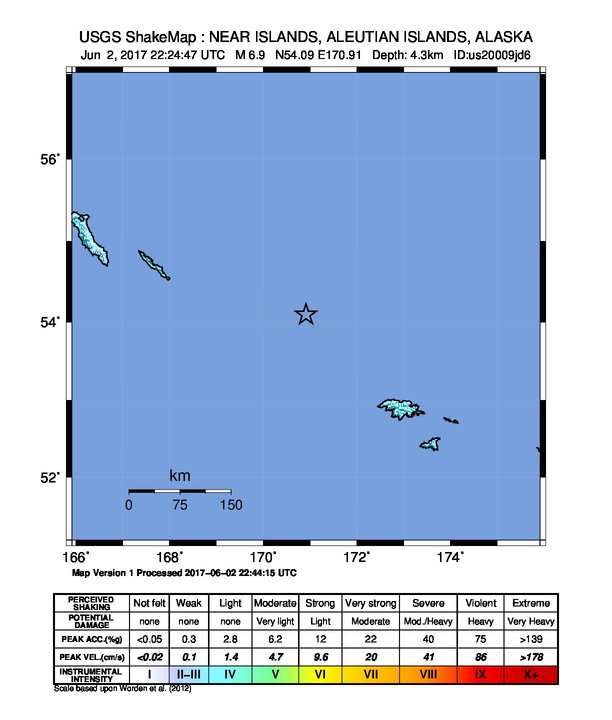