Telangana, the youngest state in India, was hit by two consecutive years of extreme drought, with this year being the worst in living memory. Drought brought severe water crisis, with scarcity hitting not just its villages and towns but even the capital Hyderabad, an information technology hub. This was the reason why flooding rainfall that reached the state this week and shattered its records was received as a blessing.

IMD-Hyderabad director Y.K. Reddy said that what the state experienced this week was not a cloudburst. "There was widespread intensive rain in most parts of Telangana, including Ranga Reddy, Warangal, and Khammam."

R. Srinivas Reddy, executive engineer of the Greater Hyderabad Municipal Corporation (GHMC is urban planning agency that oversees Hyderabad) said: “There are two records. Usually, rainfall is calculated over 24 hours. If the 24-hour rainfall from Tuesday 8.30 am to Wednesday 8.30 am is taken, then the highest is still the 240 mm (9.44 inches) rainfall of August 2000. But if we consider the two-hour spell, around 100 mm (3.93 inches) of rain was recorded at Shapurnagar in Quthbullapur, the highest short spell in city’s history.” 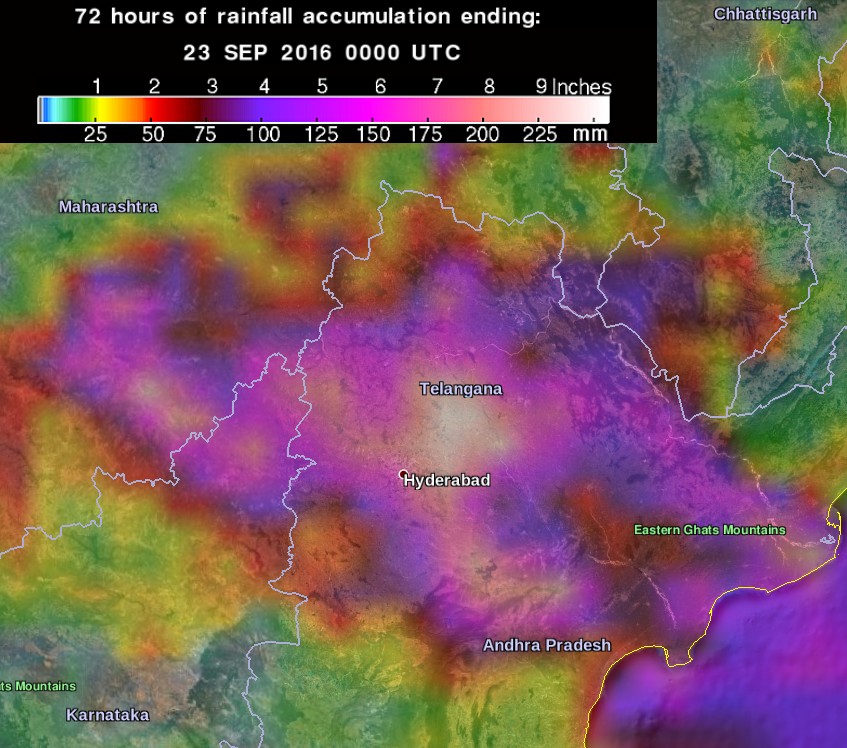 As per Skymet Weather, the reason for this heavy rain is a low pressure area that persists over coastal Andhra Pradesh and adjoining areas. This system is expected to produce more moderate to heavy showers with few very heavy rains expected to continue in many parts of Telangana including Hyderabad.

Other regions of the state are also likely to witness fairly widespread heavy to very heavy showers for another 48 hours. Furthermore, this weather system is likely to move towards Telangana and will intensify into a well-marked low-pressure area which will further increase the rain intensity.