Floodwater continues to ravage Australia's New South Wales and meteorologists warn more rain is on the way. Since the flooding started three weeks ago, there have been 81 flood rescues and 1 811 calls for assistance to the SES.

Widespread overnight rainfall of up to 40 mm (1.57 inches) has resulted in further flooding in already wet river catchments across the New South Wales, the NSW SES said yesterday.

"Major flooding is currently affecting Jemalong, Condoblin and surrounds on the Lachlan River and Warren Town on the Macquarie River. Moderate flooding is currently affecting the Bogan River at Mulgawarrina, Nyngan, Mudall and surrounds; Lachlan River at Nanami and Cottons Weir; Belubula River at Canowindra; Murrumbidgee River at Narrandera; Murray River at Corowa; and Edwards River at Stevens Weir. There is also extensive localized and minor flooding across the Western parts of NSW."

With widespread road closures and frustrating conditions for motorists, SES is urging people to reconsider travel to and through these areas.

13 rivers are on flood warnings and emergency services are warning residents itn the west of the state that more flooding could occur. Major flooding is expected when waters peak at Jemalong on Friday, Euabalong on Saturday and Cottons Weir on Sunday, September 25. 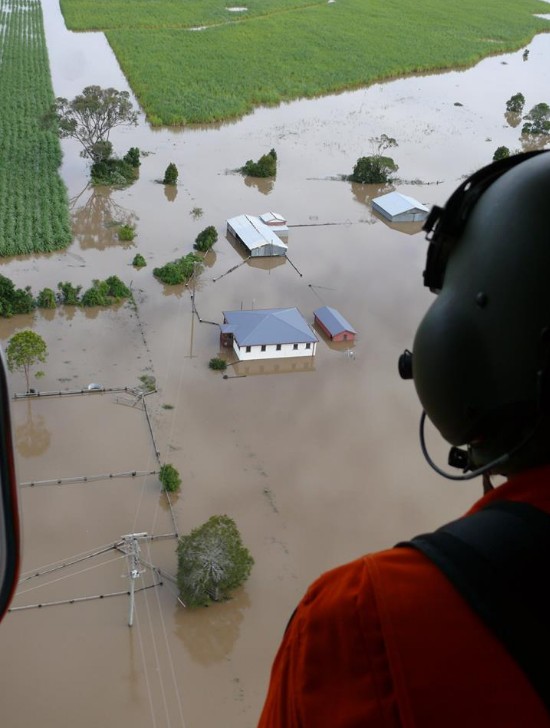 Channel 7 reporter Cameron Price visited Lachlan, central western NSW and said many of the farmers were taken by surprise. 'I just don't think they realized how widespread it would be," he said.

"The last big flood was in 2012, and in town it's probably about the same. But 10 to 15 minutes out of town it's much higher and it's waist-deep. Much worse than those floods. The last really big one before that was in 1990, and people are saying this time around is fairly similar to that, damage-wise outside of the main town.”

Around 170 people have been evacuated yesterday from the small town of Ungarie in the Bland Shire. The majority of them to family and friends outside of the evacuation area.

Flood warnings are in effect across Queensland, New South Wales and Australian Capital Territory and Victoria.