A trend of well-below the 10-year average number of estimated tornadoes, observed since 2012, continues so far, according to the US Storm Prediction Center (SPC) and local storm reports from the National Weather Service (NWS). 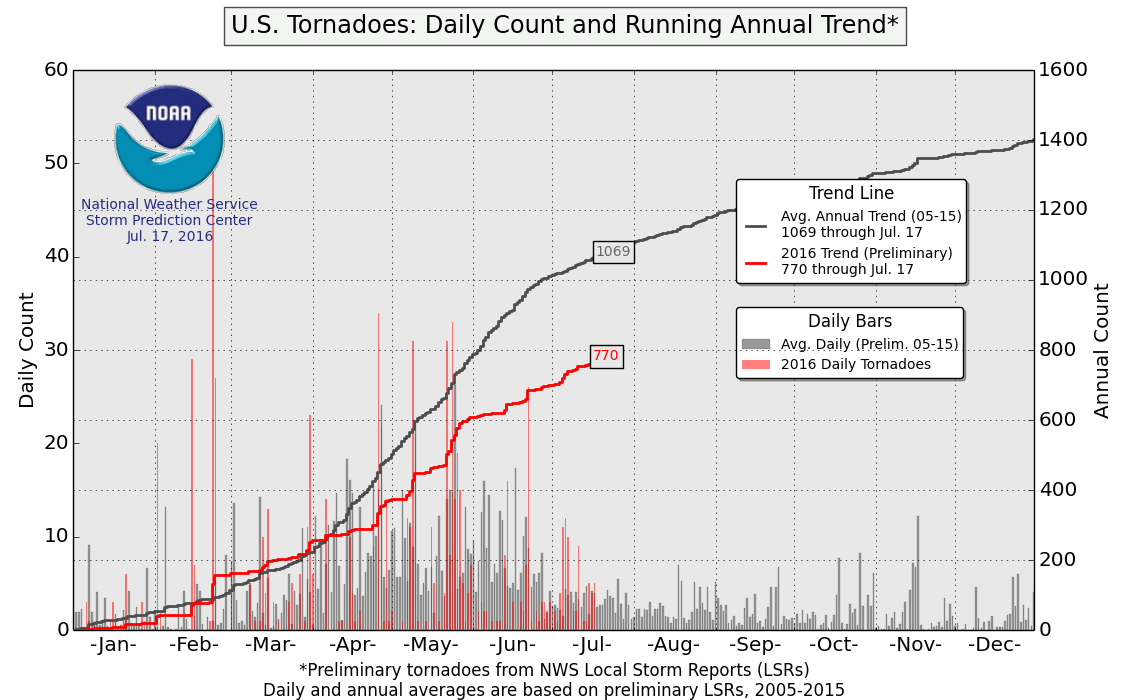 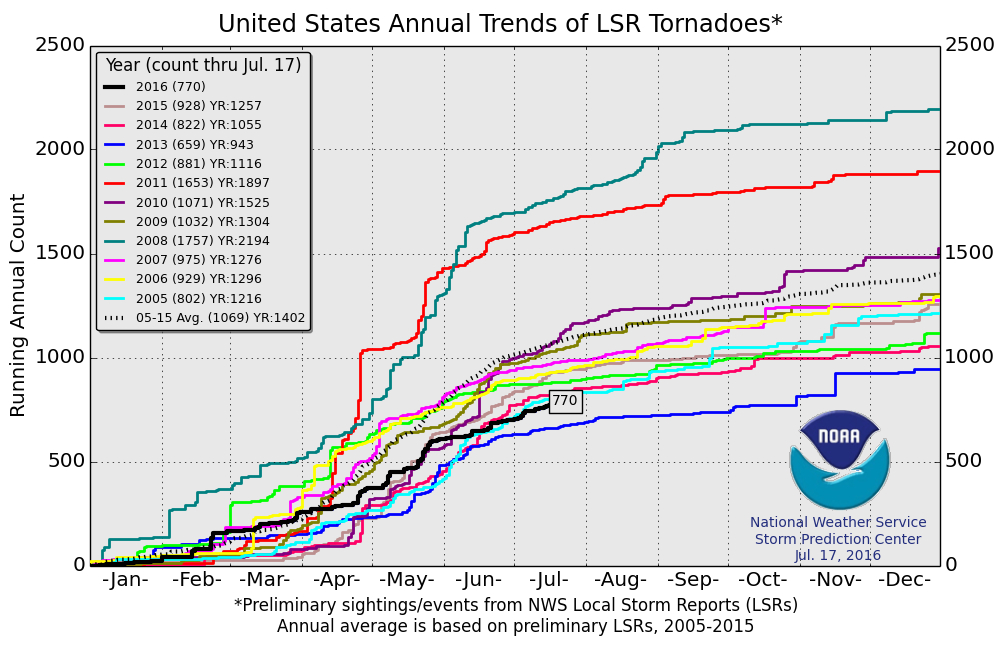 According to Bill Bunting, Chief of Forecast Operations at the Storm Prediction Center, the numbers do not provide a complete story, as it has been an active year, with numerous deadly tornadoes reported in the South and Mid-Atlantic US region, although they are interesting from a statistical point of view.

Also, the numbers recorded so far do not provide any information about the possible future developments, a good example of which is the year 2015 that ended with high numbers of devastating twisters in December, after relatively low fatality total was observed over the previous months.