Heavy rains triggered landslides in the mountainous regions of Uttarakhand and blocked the road connecting Haridwar and Delhi. 12 people were reported dead across the state, four of which were buried by a landslide near Narendra Nagar. Severe infrastructural damage was reported, including damaged bridges, while 440 roads were blocked for traffic.

More than 300 villages and 100 000 people are affected by severe weather conditions in Assam, the districts of Lakhimpur, Golaghat, and Morigaon being among the worst hit. According to the Assam State Disaster Management Authority (ASDMA), the Brahmaputra river was flowing above the danger level.

A flood-like situation was reported in parts of Rajasthan, as well.

The weather conditions are caused by a shift in the monsoon trough toward the Himalaya foothill which brought increasing rainfall the Indo-Gangetic plains, and enhanced monsoon activity in Andhra Pradesh and Tamil Nadu, according to SkyMetWeather.com. 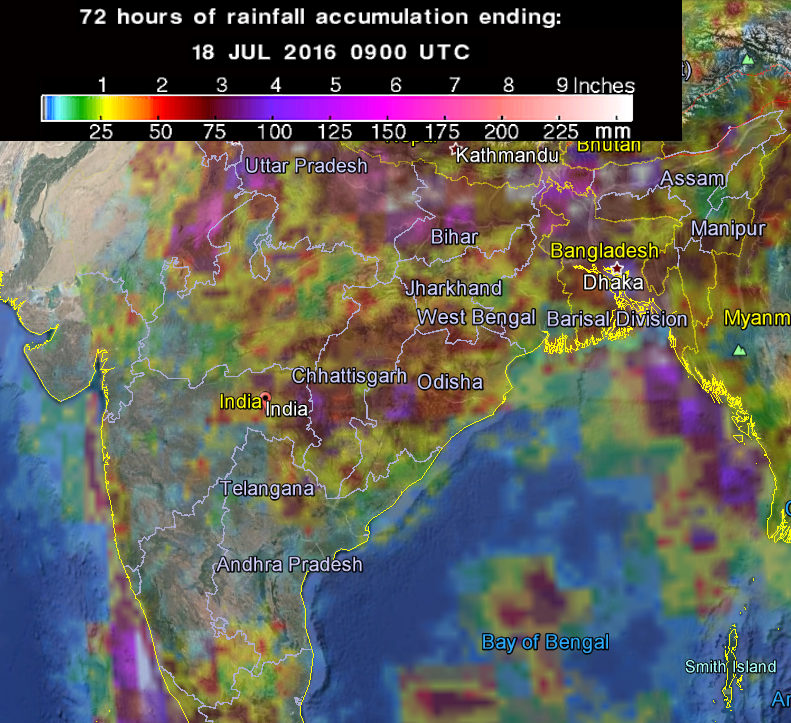 Abundant rainfalls are expected to continue across the region over the next 24 hours.