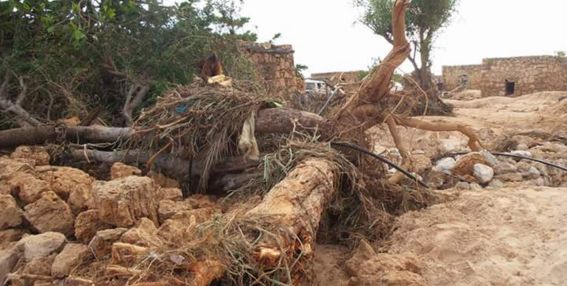 Two tropical cyclones have made landfall in Yemen within one season, as Megh hit Yemen on the night of November 9 to 10, 2015. This extremely rare event has not been recorded so far in the history of modern meteorology. The system began its rapid dissipation as it continued moving inland. However, residents have been warned to stay alert as strong flash floods and landslides are still expected.

Tropical Cyclone "Megh" made landfall about 20 km (12.4 miles) northeast of Aden city in Yemen on the night of November 9 to 10. The system slammed into land with an intensity of a tropical storm, packing maximum sustained winds of 65 km/h (40.4 mph). 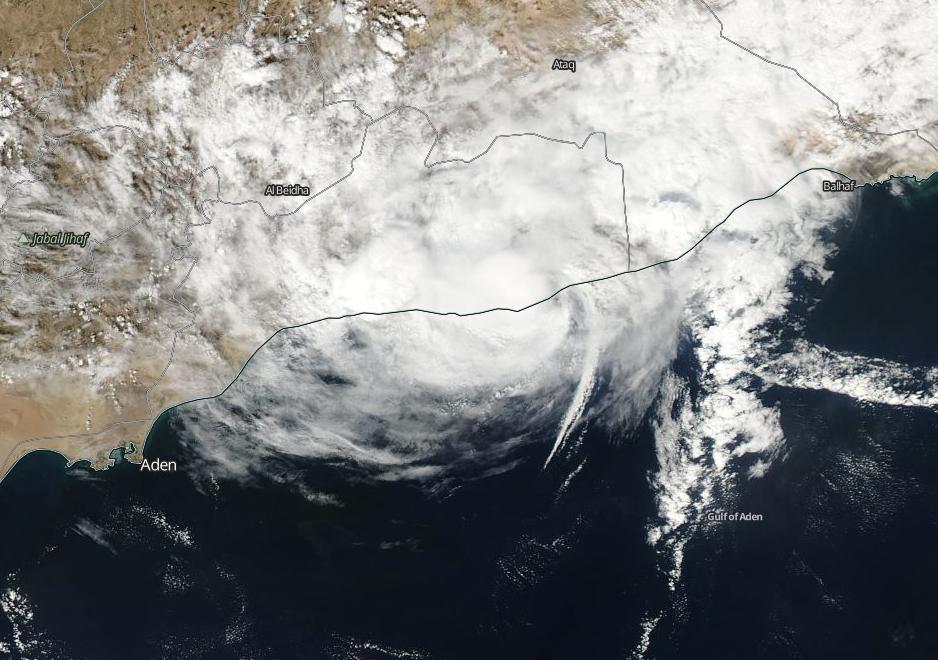 Megh crossed its path with Yemen only a few days after battering the Socotra island with heavy rainfall and strong winds. The cyclone hit eastern Socotra on November 8 at 06:00 UTC with maximum sustained winds of 166 km/h (103 mph), which is equivalent to an upper edge of Category 2 hurricane system.

6 people have been reported dead and numerous injured on Socotra after Megh's passage. Significant infrastructural damage has been reported across the area, including devastation of homes, fisheries and livestock.

Heavy rainstorms and strong winds have affected areas on the path of the storm. At least 250 mm (9.8 inches) of rainfall was reported in northeastern Puntland in Somalia while 200 mm (7.9 inches) of precipitation was estimated to fall across the Socotra archipelago in the period between November 6 and 9.

Megh has been forecast to bring between 101.6 and 203.2 mm (4 and 8 inches) of precipitation near and east of Aden, which is between 1 and 2 years worth of the usual region's rainfall.

The tropical cyclone is expected to rapidly dissipate as it moves further inland, over Lahij governorate, however severe rainfall and strong winds are expected to affect southwestern Yemen throughout November 10. Residents have been advised to remain cautious, as possible life-threatening flash floods and landslides are expected, especially across low-lying and coastal areas.