At least 3 people have been killed and dozens were injured after Tropical Cyclone "Luban" made landfall between Mukalla and Al Ghaidahnear, Yemen's Al Mahrah province on October 14, 2018. This is the 5th named storm of the 2018 North Indian Ocean cyclone season and the first to make landfall in Yemen. It is also the 5th named storm to make landfall in Yemen since 2015. The storm caused widespread destruction. The governor of the province declared the coastal districts a disaster area.

Luban was Very Severe Cyclonic Storm as it approached Yemen but was downgraded to a Tropical Depression several hours before landfall. However, the storm brought strong winds and caused widespread flooding and damage.

The worst of the rain hit coastal areas of Yemen and Oman, where up to 263 mm (10.35 inches) of rainfall fell in 24 hours of October 14. This is a desert… rain is welcome, but this much rain in just 24 hours is several years' worth and disastrous. 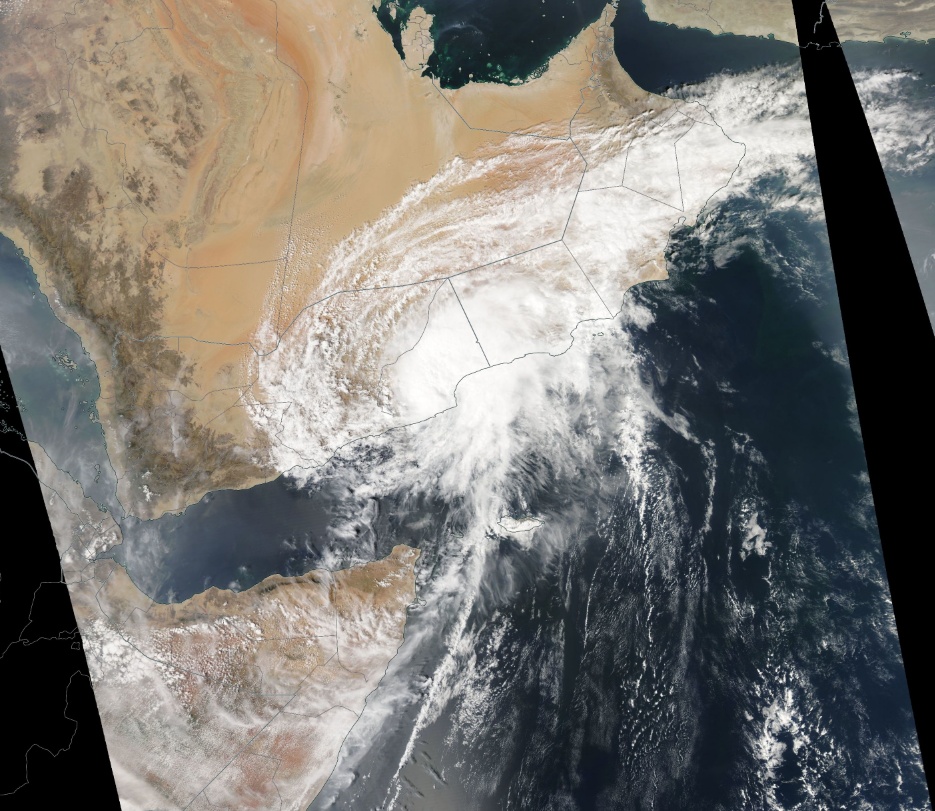 Preliminary reports indicate at least 3 people have lost their lives and more than 33 were injured. The worst affected are Al Ghaydah and Sayhut with a combined population of 80 000. Other affected districts are Al Masilah, Qishn, Huswain and Al Hawf.

90% of the electricity grid in Al Ghaydah and in some of the smaller towns along the coast is down and will need repair, officials said.

"The province has become a disaster zone," local Yemeni spokesman said October 16. "There is widespread infrastructure damage in the area," he said.

The numbers of people displaced, killed and injured are expected to increase as rescue teams make their way further into affected areas.

Nation's Emergency Operations Room said more than 2 000 families have been significantly affected by flooding, with many displaced.

Rescue operations and flight are complicated by flooded roads and bridges along the coastal road of Al Maharah, with movement reported as particularly difficult in the areas of Al Masilah, Sayhut, Qishn, Huswain, Al Ghaydah and Hawf districts, OCHA reports.

There are no reports of loss of life and damage from the island of Socotra. Families relocated as a precautionary measure are expected to return home, officials said, adding that the island escaped the worst of the storm.