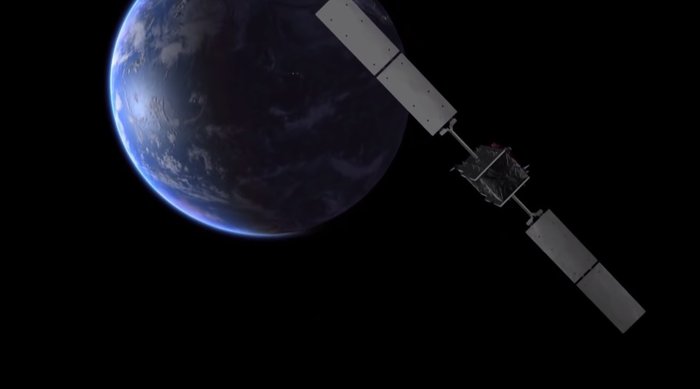 An improper launch of ESA's Galileo 5 and 6 satellites on August 22, 2014 has given ESA's researchers an opportunity to test Einstein's General Theory of Relativity. In a year long experiment, researchers will make use of the atomic clock onboard the satellites to measure the effect of gravity on time.

Over a hundred years ago, Albert Einstein predicted that time would be slower around any massive object. It is assumed that the gravitational pull of very large objects can actually accelerate time. This has been physically verified in 1976 when a hydrogen maser atomic clock on NASA's Gravity Probe A, launched 10 000 km into space, showed time slowing by 140 parts per million as gravity decreased.

Even today, atomic clocks aboard navigation satellites are minutely faster in orbit (due to less gravity) as compared to Earth and are adjusted for this anomaly which would otherwise result in navigation errors of roughly 10 km (6.2 miles) per day. Now lets recap to the launch of ESA's Galileo 5 and 6 satellites on August 22, 2014. The satellites were launched by a Soyuz rocket whose final stage went awry, leaving the satellites in an improper and elongated orbit making them useless for navigation purposes. ESA's specialists conducted complex salvage maneuvers on both the satellites and regularized their orbits by raising their low points and making their orbits more circular than before. However, their orbits have remained broadly elliptical with each satellite climbing and falling 8500 km (5282 miles) per day.This cyclical and timely variation in the orbits of the satellites have made them very valuable for scientific research.

“The satellites can now reliably operate their navigation payloads continuously, and the European Commission, with the support of ESA, is assessing their eventual operational use,” explains ESA’s senior satnav advisor Javier Ventura-Traveset.

“In the meantime, the satellites have accidentally become extremely useful scientifically, as tools to test Einstein’s General Theory of Relativity by measuring more accurately than ever before the way that gravity affects the passing of time.” Researchers intend to utilize the known shifts in both the satellites' orbit height and the corresponding shift in gravity levels along with the passive hydrogen maser atomic clock aboard each Galileo to test Einstein's extremely popular space-time theory. Unlike NASA's Space Probe A, which was a one-time single orbit experiment, the current experiment will feature continuous monitoring over one full year and will be assisted by a global network of ground centers recording data in real time.

“Now, for the first time since Gravity Probe A, we have the opportunity to improve the precision and confirm Einstein’s theory to a higher degree,” comments Javier. “Moreover, while the Gravity Probe A experiment involved a single orbit of Earth, we will be able to monitor hundreds of orbits over the course of a year,” explains Javier.

“This opens up the prospect of gradually refining our measurements by identifying and removing systematic errors. Eliminating those errors is actually one of the big challenges. For that we count on the support of Europe’s best experts plus precise tracking from the International Global Navigation Satellite System Service, along with tracking to centimeter accuracy by laser,” said Javier.

The results of the experiment will be released after one year and are expected to improve the accuracy of the Gravity Probe A results by a factor of 4. Germany's ZARM Center of Applied Space Technology and Microgravity, and France's SYRTE Systèmes de Référence Temps-Espace, which specialize in fundamental physics research, will lead the research and setup the experiments.

ESA also intends to conduct an advanced Atomic Clock Ensemble in Space experiment on the International Space Station in 2017. This experiment is expected to test Einstein’s theory down to 2–3 parts per million.