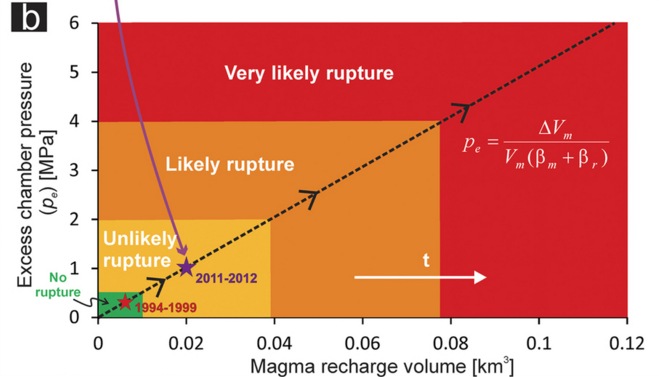 A group of UK scientists from the Royal Holloway, University of London, has developed a new method to determine which conditions are needed to facilitate a volcano eruption. Researchers have used the data collected during eruptions of the Santorini volcano to calculate the capacity of volcano's magma chamber.

PhD students John Browning and Sandy Drymoni, led by Professor Agust Gudmundsson, of the Department of Earth Sciences at Royal Holloway, UK have used the new geological and historical data collected during previous eruptions of the Santorini volcano in Greece to build a model capable of forecasting when the magma chamber might rupture and potentially cause an eruption.

The scientists had to determine the capacity of the volcano's magma chamber to build a model allowing them to estimate the increase in pressure that happens when the chambers refill. This has allowed them to forecast the possible volcano eruption. 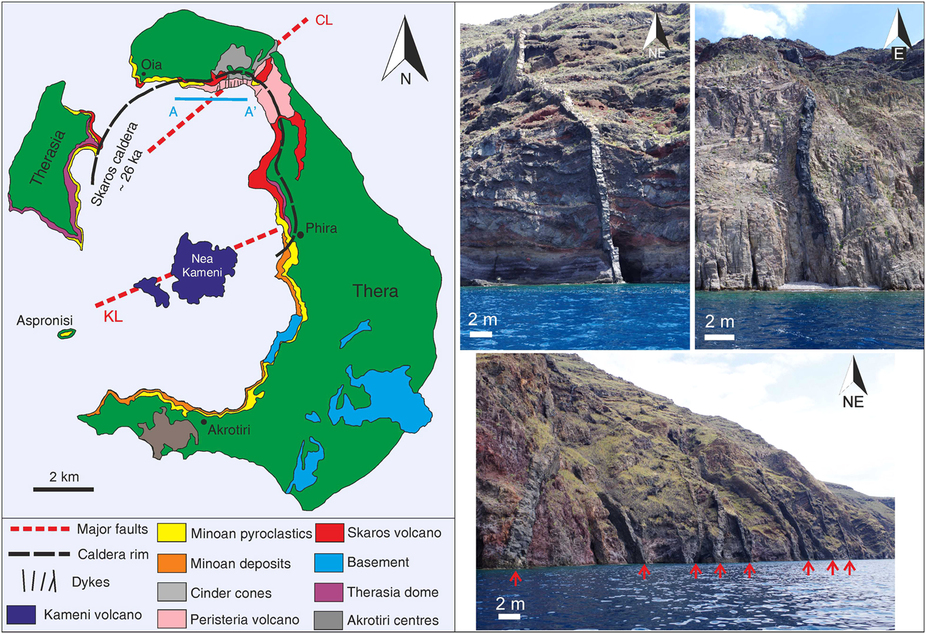 Two main tectonic elements: the Kameni and Coloumbo lines, the inferred Skaros caldera rim, and the approximate location of dykes within the northern caldera wall. All the exposed dykes are located along the northernmost extent of the Skaros caldera wall and the island of Therasia; some are marked in the photographs with red arrows. Image credit: Browning et al, 2015

During their work the team has travelled to the Santorini island to measure magma-filled fractures (dykes) located across the northern wall of the Santorini caldera. Scientists have used geodetic data from 2012 when the volcano was thought to be close to eruption. By using thier new method, the team discovered that magma chambe came close to rupturing, although this didn't happen in the end despite a large amount of new magma that was received.

The new model is regarded as having a great potential to forecast when the rupture of magma chamber might happen and eventually lead to eruptions in other volcanose. This information is vital to enable emergency planning and risk assessment well before the actual eruption takes place.

"We have been able to provide constraints on the volume of magma stored in a shallow magma chamber underneath Santorini Caldera. We believe our new model can be used to forecast the timing of magma-chamber rupture at Santorini and, eventually, at well-monitored volcanoes worldwide. Whilst this is an important step towards reliable prediction of volcanic eruptions, a number of challenges still exist," John Browning said. 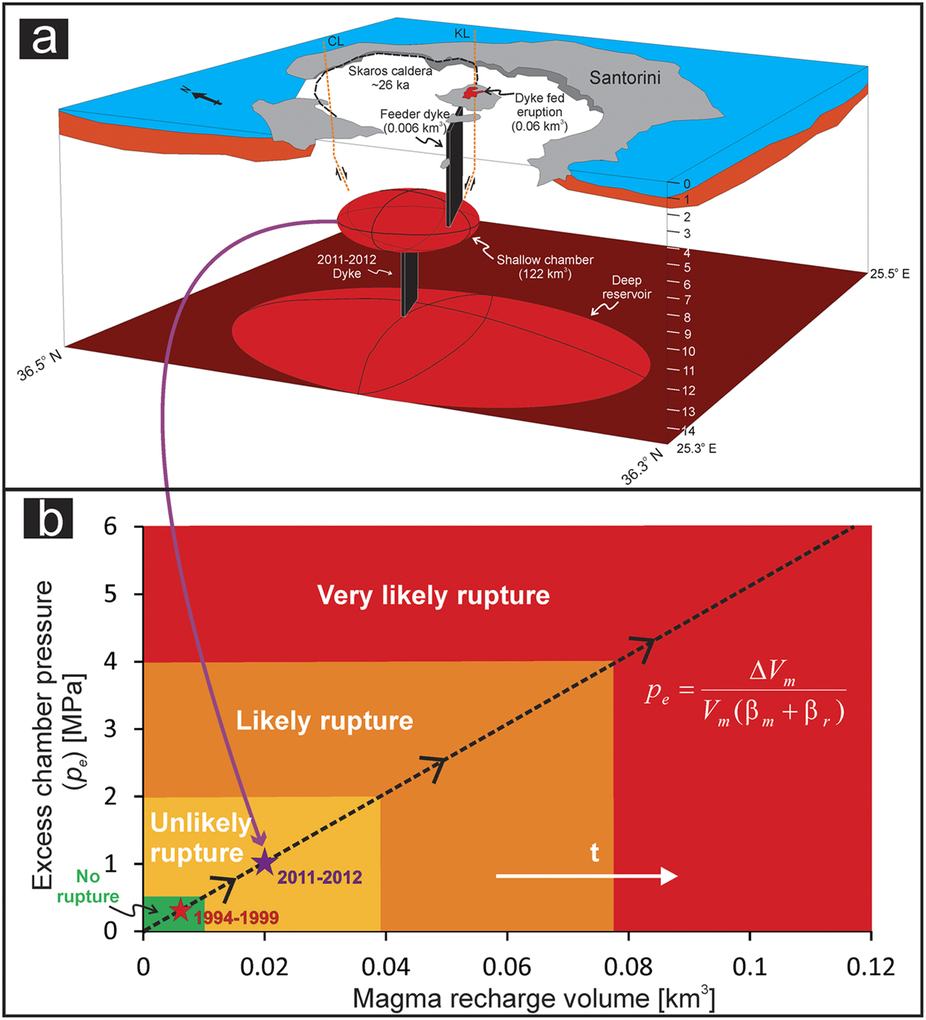 (a) Simplified 3D model of Santorini volcanic system based on geodetic and geological data. A deep reservoir feeds magma into a shallow system at around 4 km depth. (b) Excess pressure (pe) within the shallow magma chamber at Santorini as a function of the volume of new magma (ΔVm) entering the chamber from a deeper source over time. Here the results are applied to the shallow chamber of Santorini based on the estimated size of the chamber. The model has been applied to the inflation episodes of 1994–1999 (red star) and 2011–2012 (purple star). Image credit: Browning et al, 2015

"For example, even if the magma chamber were to rupture we currently have no way of predicting whether the magma-filled fracture (the dyke) injected from the chamber will make it to the surface. In most cases the magma stalls or stops before it reaches the surface. Under which conditions magma stalls in volcanoes (preventing eruption) is among the most important unsolved problems in volcanology." he concluded.

Featured image: The exposed dykes located along the northernmost extent of the Skaros caldera wall and the island of Therasia, marked in the photographs with red arrows. Image credit: John Browning