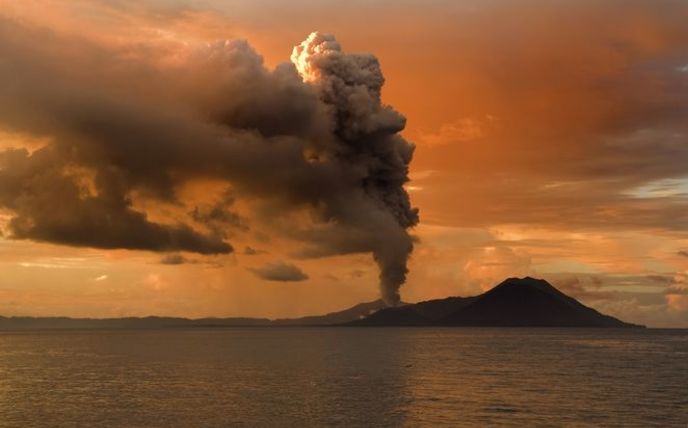 A new research from Curtin University has shown that ancient volcanic eruptions in Australia some 510 million years ago significantly affected the climate, causing the first known mass extinction in the history of complex life.

Associate Professor Fred Jourdan from Curtin’s Department of Applied Geology, along with colleagues from several Australian and international institutions, used radioactive dating techniques to precisely measure the age of the eruptions of the Kalkarindji volcanic province – where lavas covered an area of more than 2 million square kilometres in the Northern Territory and Western Australia.

Dr Jourdan and his team were able to prove the volcanic province occurred at the same time as the Early–Middle Cambrian extinction from 510 – 511 million years ago – the first extinction to wipe out complex multicellular life.

“It has been well-documented that this extinction, which eradicated 50 per cent of species, was related to climatic changes and depletion of oxygen in the oceans, but the exact mechanism causing these changes was not known, until now,” Dr Jourdan said.

“Not only were we able to demonstrate that the Kalkarindji volcanic province was emplaced at the exact same time as the Cambrian extinction, but were also able to measure a depletion of sulphur dioxide from the province’s volcanic rocks – which indicates sulphur was released into the atmosphere during the eruptions.

“As a modern comparison, when the small volcano Pinatubo erupted in 1991, the resulting discharge of sulphur dioxide decreased the average global temperatures by a few tenths of a degree for a few years following the eruption.

“If relatively small eruptions like Pinatubo can affect the climate just imagine what a volcanic province with an area equivalent to the size of the state of Western Australia can do.”

The team then compared the Kalkarindji volcanic province with other volcanic provinces and showed the most likely process for all the mass extinctions was a rapid oscillation of the climate triggered by volcanic eruptions emitting sulphur dioxide, along with greenhouse gases methane and carbon dioxide.

“We calculated a near perfect chronological correlation between large volcanic province eruptions, climate shifts and mass extinctions over the history of life during the last 550 million years, with only one chance over 20 billion that this correlation is just a coincidence,” Dr Jourdan said.

Dr Jourdan said the rapid oscillations of the climate produced by volcanic eruptions made it difficult for various species to adapt, ultimately resulting in their demise. He also stressed the importance of this research to better understand our current environment.

“To comprehend the long-term climatic and biological effects of the massive injections of gas in the atmosphere by modern society, we need to recognise how climate, oceans and ecosytems were affected in the past,” he said.