Tropical Depression "Eight" formed in the North Atlantic on September 9, 2015 and evolved into a Tropical Storm "Henri" around 03:00 UTC on September 10, National Hurricane Center (NHC) reported. Henri thus became the eight named storm of the 2015 Atlantic Ocean hurricane season. No coastal warnings have so far been put into effect, although some heavy rainfall and strong wind gusts might affect the southeast Newfoundland on September 12.

Henri is expected to continue its general motion with an increase in forward speed through the evening of September 10 and then move north-northeastward on September 11, according to NHC forecast. Maximum sustained winds are expected to remain around 65 km/h (40 mph) over the next 48 hours with wind gust strength somewhat increasing. 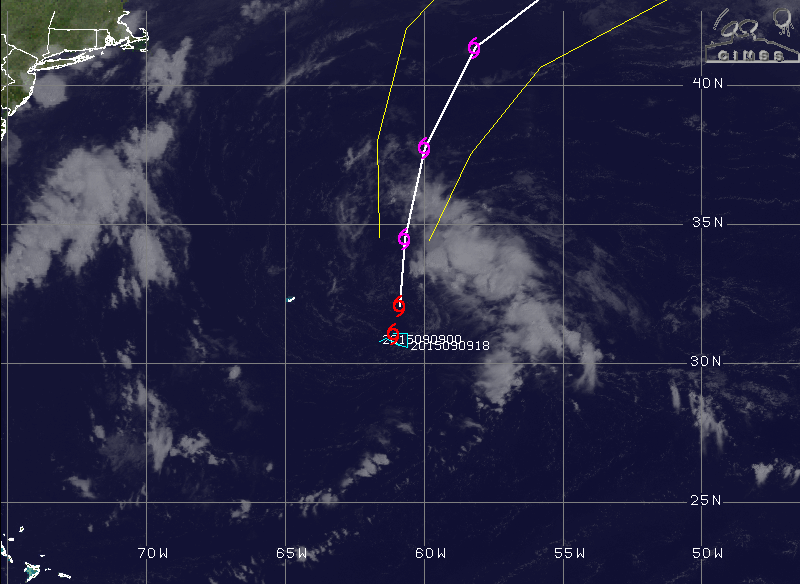 West-southeasterly wind shear and dry air mass are currently affecting the system, however Henri is expected to gain some strength on the evening of September 10, following the shear lessening. Tropical storm is forecasted to pass the north wall of the Gulf Stream over the next 36 to 48 hours and enter an area of sharp gradient in sea surface temperature. Its motion will continue over cold water, and Henri is expected to lose tropical characteristics in the coming two days.

The center of the storm will pass east of Bermuda on September 10 and continue traveling toward Newfoundland as a post-tropical cyclone. Some heavy rainfall and strong wind gusts might impact the southeast Newfoundland in a quick pass-by on September 12. 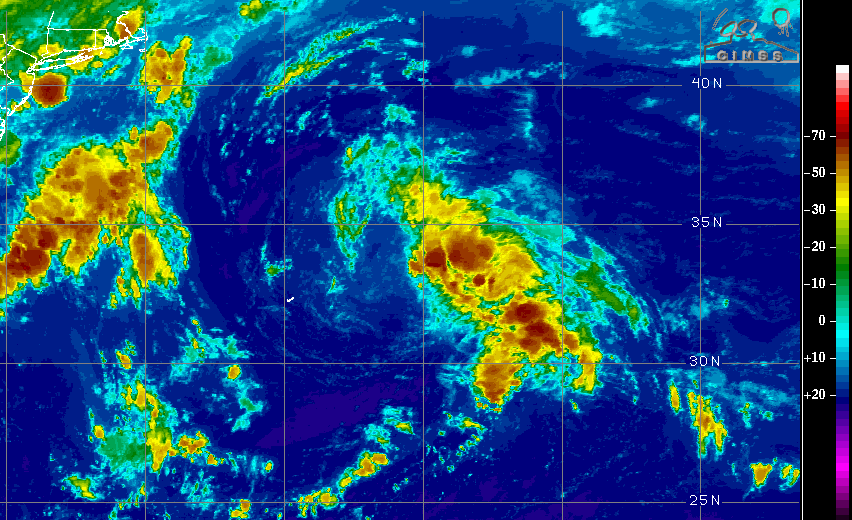 "At this stage it looks like this will be primarily be a marine system moving south of Atlantic Canada. Closest approach to land will be the Avalon Peninsula of Newfoundland. Henri may briefly make landfall on Saturday before racing east into the Atlantic,", The Canadian Hurricane Centre (CHC) announced.

No coastal watches or warnings were in effect, as of September 10.