Heavy rainstorm, brought by Tropical Storm "Linda", accompanied with strong winds and hail is affecting southern California since September 8, 2015. Strong rainfall has caused widespread flooding across the affected areas claiming at least one life by September 10.

Wild flooding has left a number of people stranded in southern California, as the moist air from the Tropical Storm "Linda" reached the area. Thousands of homes were cut off the power supplies after severe lightning strikes hit the power poles in northern Los Angeles, local media reported.

The ongoing rains have inundated the roads in Perris and flash flood warnings were issued for parts of Los Angeles and south central Kern county in central California on September 10. 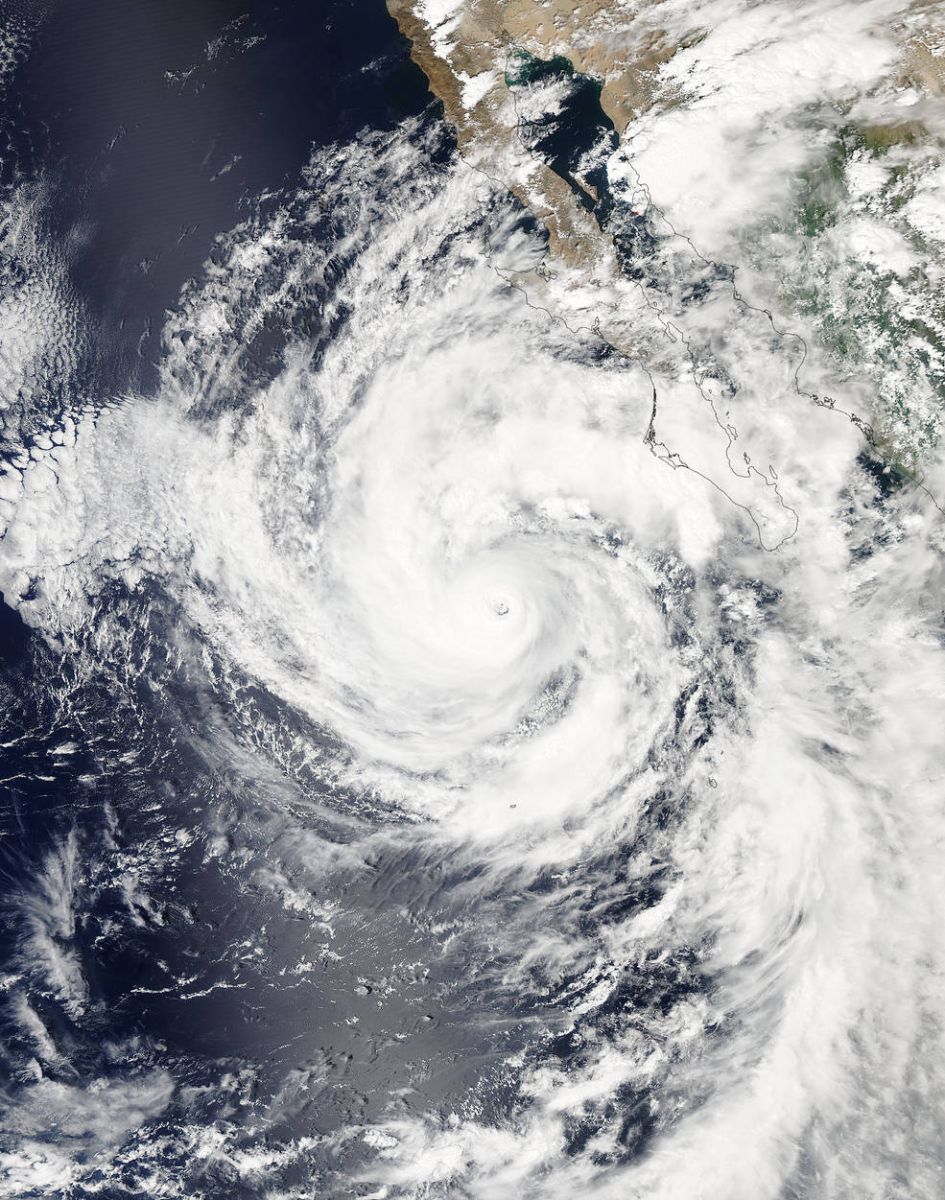 Tropical Cyclone "Linda" weakened after reaching a major hurricane force in eastern Pacific Ocean, on September 8. The center of the system was located west of Baja California, Mexico on September 8, at 21:10 UTC when hurricane force winds extended up to 165 km (105 miles) outwards, before weakening to a tropical storm. 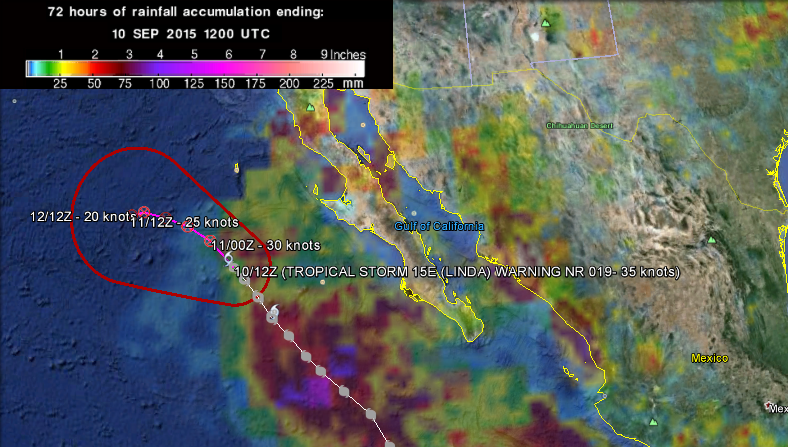 72-hr accumulation as observed by GPM and track forecast for Tropical Storm "Linda" over the next two days. Image credit: JTWC/Google Earth/GPM(NASA/JAXA)​

Over the next 48 hours the tropical storm is expected to dissipate, as the wind speeds will decrease to about 37 km/h (23 mph), JTWC reports.

There are no coastal watches or warnings in effect currently, although severe weather conditions persist across the southern California as the rainstorm continues moving north toward the southwestern US.