​The April 2015 eruption of the Axial Seamount underwater volcano has been confirmed by the latest research of the University of Washington (UW) OOI Cabled Array group. The eruption was predicted in 2014 and is currently the most accurate eruption forecast of this volcano made so far.

Axial Seamount, a submarine volcano rising above the Juan de Fuca Ridge crest, is the most active underwater volcano in the North East Pacific. Previously documented eruptions from the volcano occurred in 1998 and 2011. The first forecasted eruption is dating to year 2011, although that forecast was somewhat complicated by data uncertainties. The forecast results have significantly improved since, and the latest eruption prediction, made in September 2014, realized on April 24, 2015, has been confirmed accurate by the newest survey. 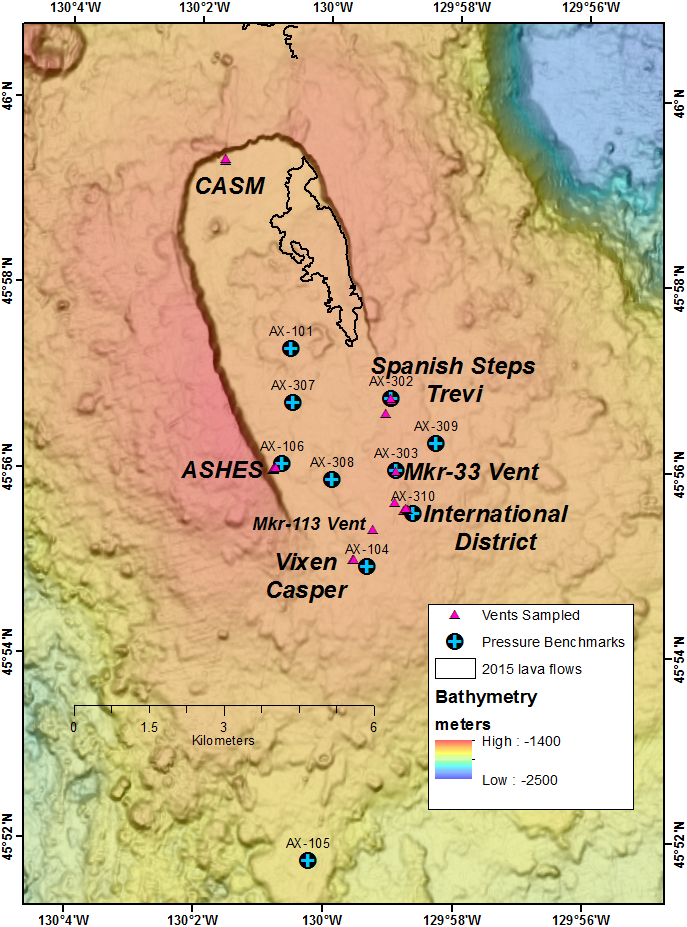 Multibeam sonar data and the data from a ROV dive conducted by the UW OOI Cabled Array group in late July 2015 confirmed that new lava flows detected earlier in the year, were indeed erupted from Axial Seamount.

The research team has conducted another expedition on board R/V Thompson between August 14 and August 29 to explore and sample lava flows from the underwater volcano, and to collect the new time-series data of volcano deformation to aid in predicting the next eruption event.

Two large lava flows from the N rift zone, 8 – 16 km (5 – 10 miles) north of the summit caldera, were at most 127 m (417 feet) thick. Some of the thicker areas had drained collapse features indicating they had molten interiors when emplaced. The ROV traversed the flows for about 2 km (1.2 miles). New, thinner lava flows were also identified in the NE summit caldera and on the NE rim. 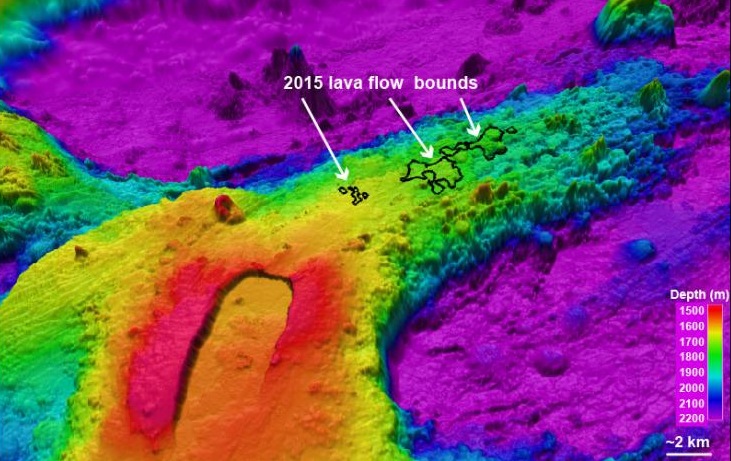 In their previous research of the Axial Seamount volcano April 2015 eruption, the scientists have observed different flow morphologies and about 30 rock samples have already been collected from the newest lava flow. The most recently collected data is now being prepared for additional chemical analysis to describe the compositional variation of lava flows with previous eruptions, which should provide the researchers with a new perspective of the chemical processes involved with the deep sea magma. 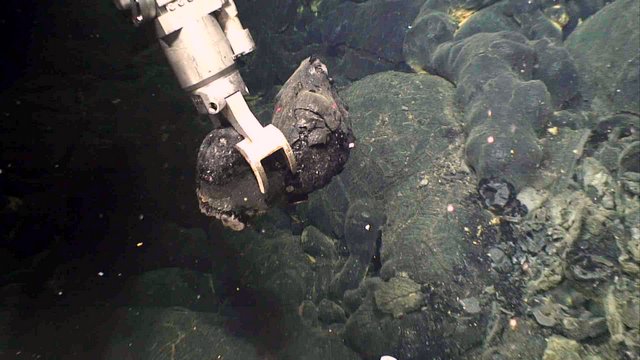 The research conducted in and around the volcano caldera has resulted in high resolution maps that have revealed detailed channels of the 2015 lava flow. The most recent lava flows have covered previously unknown areas on the northeast rim of the volcano caldera. 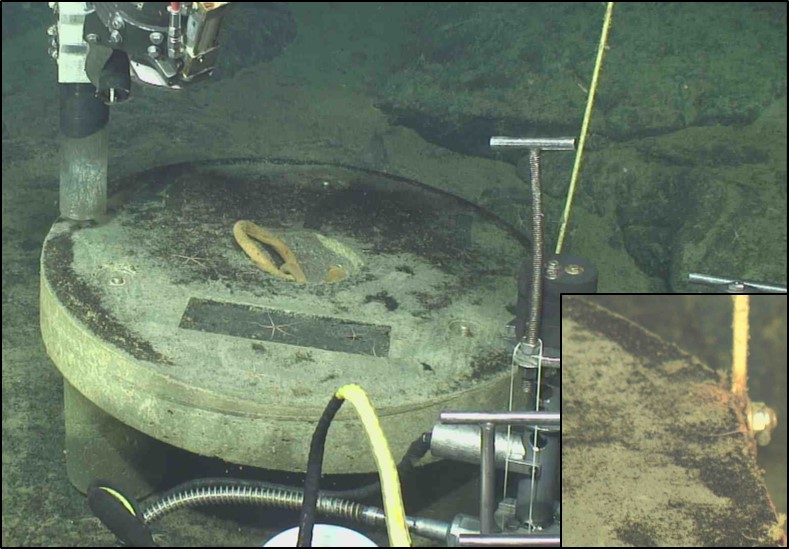 The newest bathymetric maps will be used to study the inflation and deflation of Axial Seamount. All the data from the August 2015 survey will undoubtedly provide an important contribution towards understanding the dynamics of the volcano, as well as help in successfully predicting underwater volcano eruption events.

Axial Seamount is located about 480 km (300 miles) west of Astoria, Oregon, on the Juan de Fuca Ridge, part of the mid-ocean ridge system – a continuous, 70 000 km (43 500 miles) long submarine volcanic mountain range stretching around the world, where about 70% of the planet’s volcanic activity occurs.

The volcano rises 700 m (0.4 miles) above the mean level of the central Juan de Fuca Ridge crest to within about 1 400 m (0.8 miles) of the sea surface. It is the most magmatically robust and seismically active site on the Juan de Fuca Ridge between the Blanco Fracture Zone and the Cobb offset.