​Our planet's magnetic shield is again under stress today with brief G3 Strong geomagnetic storm levels reached around 09:00 UTC. The storms began on September 7 with positive polarity coronal hole reaching geoeffective position and an impact of plasma filament eruptions from September 4th and 5th. Aurora images we've seen over the last 4 days are astounding, be sure to check out some of them at the end of this article.

With changing intensity, the storming continued until September 10, when K-index sharply dropped, and intensified again to 7 (G3 Strong) at 08:59 UTC on September 11.

By 09:36 UTC today, this brief period of G3 Strong storm was over. However, enhanced geomagnetic activity is not over yet and we might experience more isolated periods of moderate to strong storming over the next couple of days. 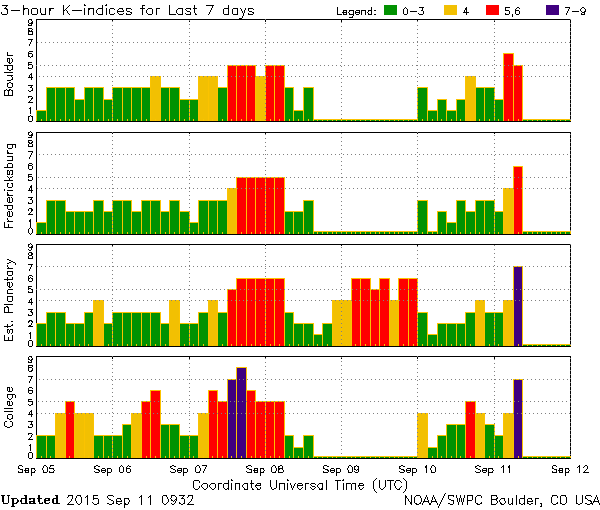 Solar wind parameters remained slightly enhanced during the last 24 hours and reflected the transition between solar features.  Solar wind speeds varied between 370 – 453 km/s, IMF total field values ranged between 1-14 nT, and Bz reached a maximum southward deflection of -8 nT late September 10.  The phi angle began the period in a negative (toward the Sun) solar sector orientation but became variable after 11:00 UTC on September 10.

Solar wind parameters are expected to become further enhanced mid-to-late September 11 through early September 13 due to the onset of a recurrent positive polarity coronal hole high speed stream (CH HSS) in addition to the possible arrival of the September 7th Coronal Mass Ejection (CME). Recurrence data suggests wind speeds in excess of 550 km/s could be observed as the CH HSS moves into geoeffective position. 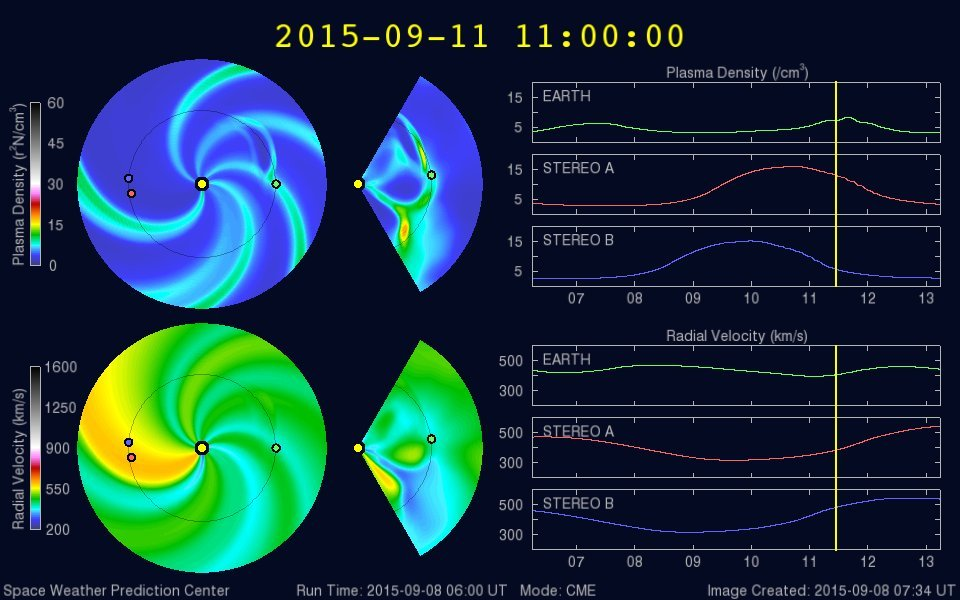 These are just some of the beautiful images captured since September 7: