Tropical Storm "Henri" is expected to become a hurricane on Saturday, August 21, 2021, and make landfall in Long Island or southern New England late Saturday night or on Sunday (LT), August 22.

A northward to north-northeastward motion is expected today, with a turn toward the north-northwest expected late today or tonight, according to the NHC.1 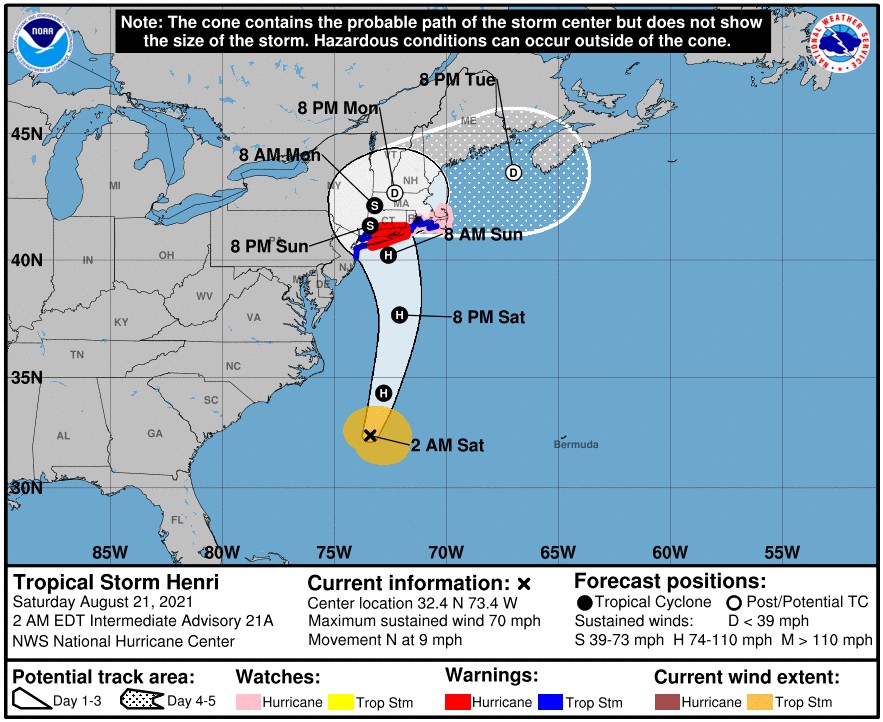 On the forecast track, Henri is expected to make landfall in Long Island or southern New England late Saturday night or on Sunday.

Strengthening is forecast during the next 24 hours, and Henri is expected to become a hurricane today and be at or near hurricane strength when it makes landfall, NHC said. 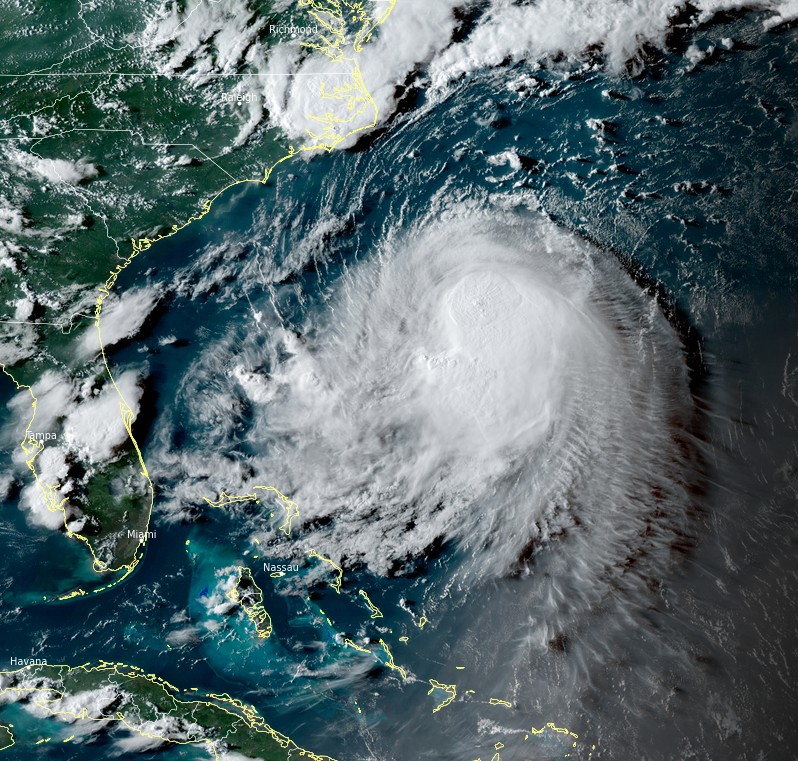 Dangerous storm surge inundation is expected to begin late Saturday night or Sunday in portions of Long Island, Connecticut, Rhode Island, and southeastern Massachusetts, where a Storm Surge Warning has been issued. Dangerous storm surge is possible beginning late Saturday night or Sunday in western portions of Long Island and Connecticut in the Storm Surge Watch area. Residents in these areas should follow any advice given by local officials, NHC said.

Heavy rainfall may lead to considerable flash, urban, and small stream flooding, along with the potential for widespread minor and isolated moderate river flooding, over portions of Long Island and New England Sunday into Monday.

Swells from Henri will continue to affect much of the east coast of the U.S. through the weekend. These swells could cause life-threatening surf and rip currents.