Hurricane "Grace" is strengthening on its way toward mainland Mexico. A Hurricane Warning is in effect for the coast of mainland Mexico from north of Cabo Rojo to Barra del Tordo. Landfall is expected within the warning area this evening or tonight, August 21, 2021 — preparations to protect life and property should be rushed to competition.

This general motion at a slightly slower forward speed is expected during the next day or so.

On the forecast track, Grace is forecast to move across the southwestern Gulf of Mexico this afternoon, and make landfall along the coast of mainland Mexico within the hurricane warning area this evening or tonight.1 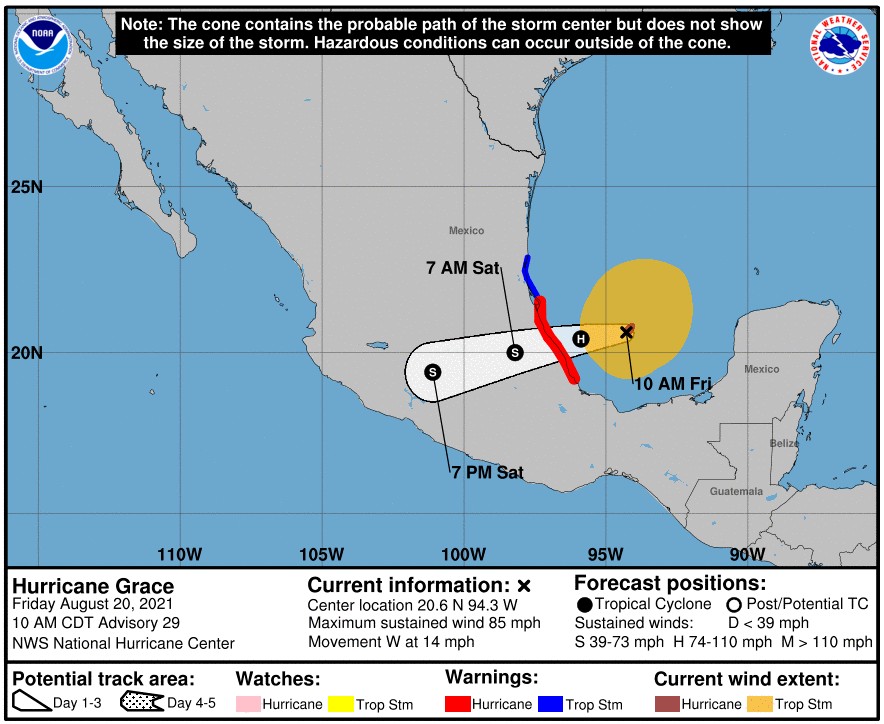 Strengthening is forecast until Grace makes landfall, with rapid weakening expected as it moves inland over the mountains of central Mexico.

A dangerous storm surge will raise water levels by as much as 1.2 – 1.8 m (4 to 6 feet) above normal tide levels along the immediate coast within the hurricane warning area near and north of where the center makes landfall tonight. Near the coast, the surge will be accompanied by large and destructive waves, NHC said.

Veracruz, Puebla, Tlaxcala, Hidalgo, northern Queretaro, and eastern San Luis Potosi can expect 150 to 300 mm (6 to 12 inches) with isolated maximum totals of 460 mm (18 inches) are expected today through Sunday. Heavy rainfall from Grace will result in areas of flash and urban flooding as well as mudslides. 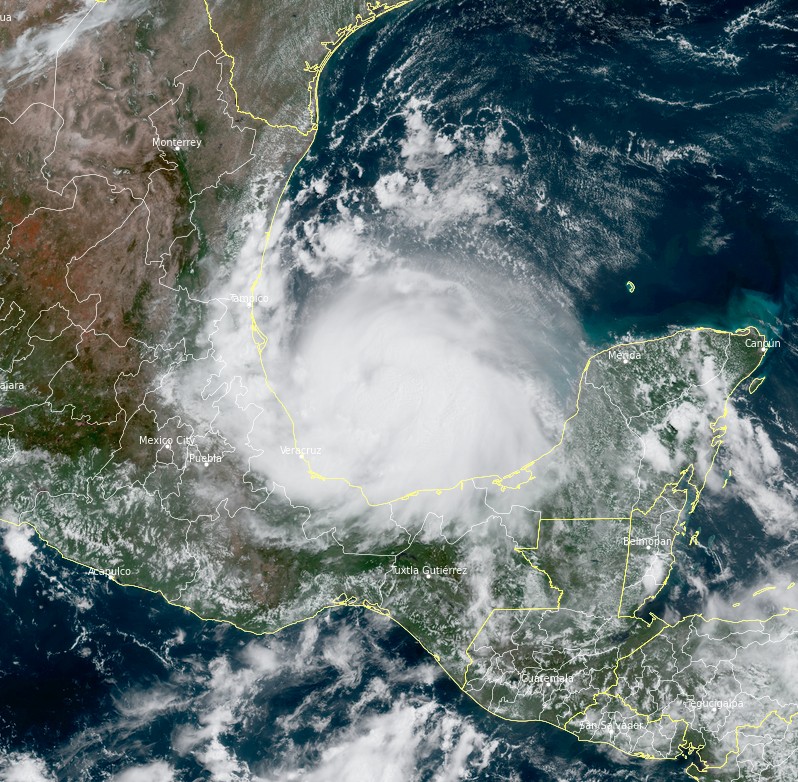 High surf generated by Grace will affect the southern Gulf of Mexico coastline today and continue into the weekend. These swells are likely to cause life-threatening surf and rip current conditions.

"The center of Grace will be well inland by 24h, and rapid weakening is forecast thereafter as the cyclone moves over the mountains of central Mexico. Although Grace is forecast to dissipate by 48h, its remnants will likely move into the eastern Pacific and lead to the development of a new tropical cyclone later this weekend or early next week."