Geomagnetic storm reaching G2-Moderate levels has been observed on August 27, 2015, mostly due to effects of August 22 CME that arrived late on August 25.

This activity is expected to slightly wane throughout the day, but active levels are again expected later in the day (UTC) and into August 28 as the co-rotating interaction region (CIR) and coronal hole high speed stream (CH HSS) interact with the Earth's magnetic field.

SWPC forecasters expect conditions to be unsettled on August 29 due to continued effects from the CH HSS.

Meanwhile, Region 2403, the source of 9 M-class solar flares since August 21, will soon begin its farside rotation. However, M-class flares (R1-R2, Minor-Moderate) from this region are still likely on August 27 and 28, and there is slight chance for X-class (R3, strong or greater) solar flares. 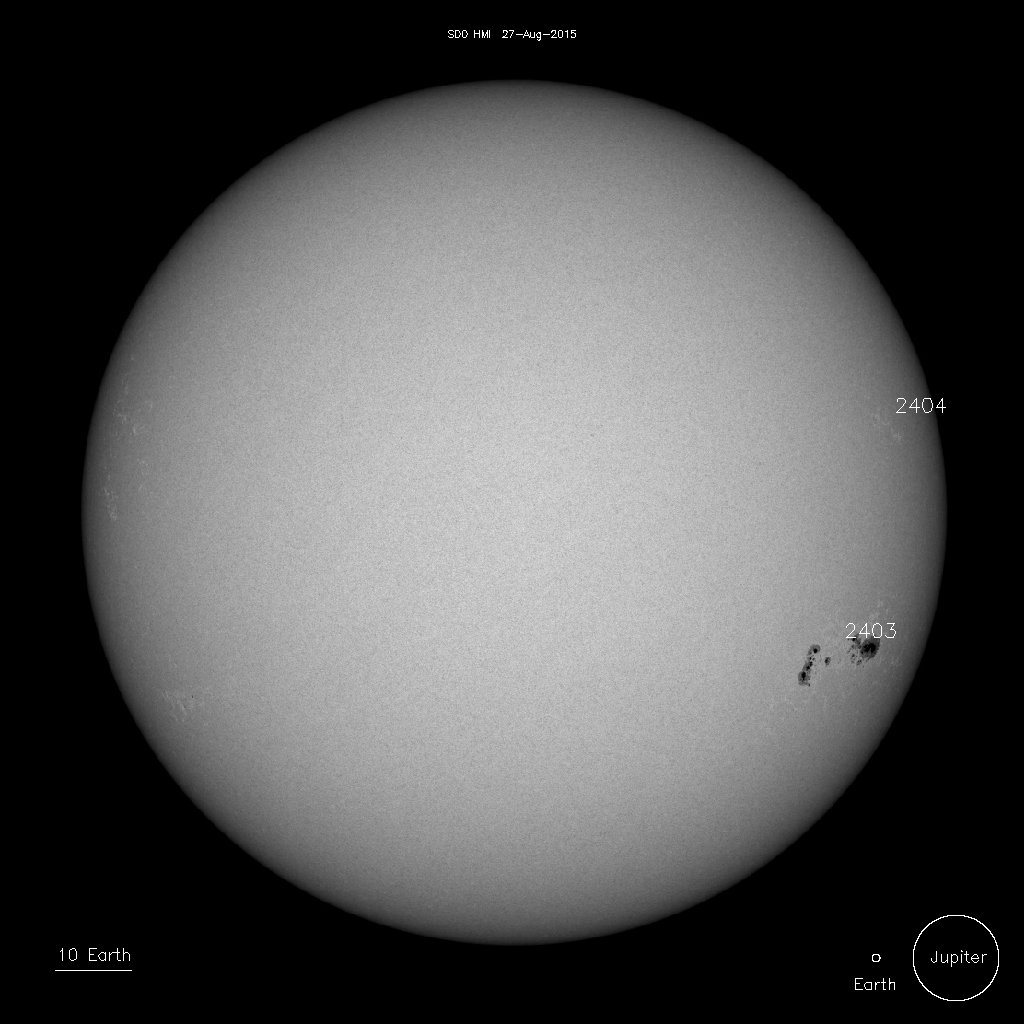