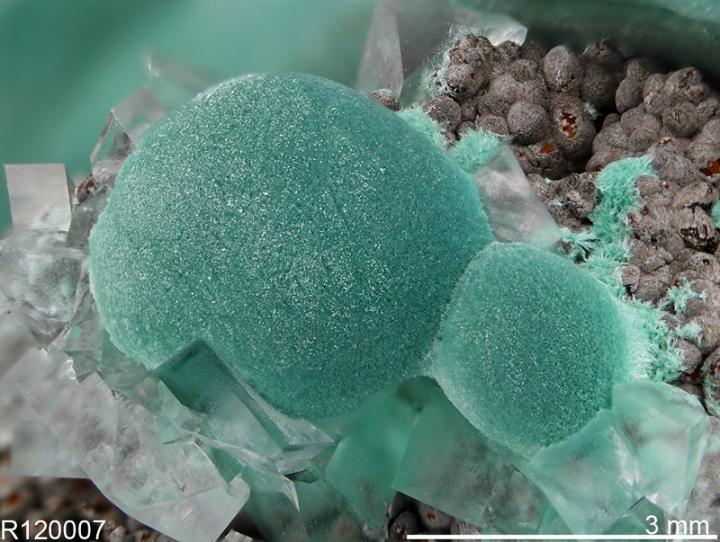 A new research, led by Robert Hazen of the Carnegie Science showed that there are over 1 500 minerals left undiscovered on the planet Earth. This implies our planet is unique in cosmos in terms of mineral diversity, Carnegie Science reported on August 26, 2015.

Minerals can form when new elements combine during geological activities, such as volcanoes, plate tectonics or interactions between water and rock. Minerals can also form as a result of biological activities, during chemical reactions with oxygen and organic material. Almost 5 000 different types of minerals have been discovered on our planet, so far.

About 10 years ago, Robert Hazen formed an idea that such an abundant diversity of mineral types present on the planet today, is due to the rise of life on Earth, as over two.thirds of known minerals can be linked to biological activity. One event of such importance is bacterial photosynthesis, which has dramatically increased the concentration of the atmospheric oxygen about 2.4 billion years ago.

The new research utilized the statistical models of ecosystem research and performed an in-depth study of mineralogical databases in order to investigate the mineral distribution. Four papers resulted from this research have been published in Canadian Mineralogist, Mathematical Geoscience, American Mineralogist, and Earth and Planetary Science Letters.

The research results show that the probability of a mineral "species" existing in only one locality is about 22%, while the probability of it being found at 10 or fewer locations is about 65%. Most of the mineral species are quite rare, and they can be found in only about 5 locations or less.

“Minerals follow the same kind of frequency of distribution as words in a book. For example, the most-used words in a book are extremely common such as ‘and,’ ‘the,’ and ‘a.’ Rare words define the diversity of a book’s vocabulary. The same is true for minerals on Earth. Rare minerals define our planet’s mineralogical diversity.”, Hazen explained.

According to the research, the statistical analysis of mineral distribution and diversity suggests that many rare minerals have either been lost over time by burial, erosion or subduction or have not been discovered yet. The scientists think about 1 563 minerals exist on the planet today.

Hazen's team also investigated the question about how the diversity and distribution of Earth's minerals came to existence in the first place, and what are the chances they could be replicated elsewhere. Their research shows that, if Earth's history could be re-played in any way, it's highly likely the minerals would form in another way that would be different to the ones we're familiar with presently.

“This means that despite the physical, chemical, and biological factors that control most of our planet’s mineral diversity, Earth’s mineralogy is unique in the cosmos,” Hazen concluded.