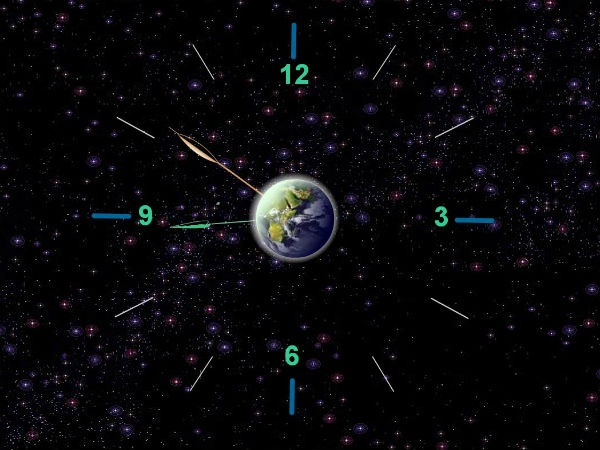 New research has revealed that some events in Earth’s history happened more recently than previously thought. Scientists from the British Geological Survey and the Massachusetts Institute of Technology, publishing this week in the journal Science, have refined the data used to determine how much time has passed since a mineral or rock was formed.

They report uranium isotopic composition of minerals, used to date major geological events, which are more accurate than previously published. The major effect of this is to reduce previous age determinations by up to 700,000 years. Minerals naturally capture uranium when they form, which in turn undergoes a chain of radioactive decays to other elements, ending with lead.

This new research has shown that, by more accurately measuring the relative amount of the uranium isotopes 238U and 235U, we now have a better understanding of how much time has passed since a mineral or rock has formed. A major effect of this work will be to decrease all previous uranium-lead (U-Pb) age determinations, by up to 700,000 years for samples that are about 4.5 billion years old – the age of the Earth. In particular, the new 238U/235U ratio will allow geologists to place more accurate limits on the exact timing of a broad range of geological processes, from the initial formation of our planet, continents and economic mineral deposits, to past evolutionary events and climate change.

Blair Schoene, a geologist from Princeton University points that this new determination will not only improve the accuracy of each U-Pb age but ultimately our understanding of events in Earth history.

For over 35 years, a 238U/235U ratio of 137.88 has been used to calculate U-Pb dates, from the oldest rocks that formed four billion years ago, too much younger rocks that are hundreds of thousands of years old. When scientists recently evaluated the measurements used to arrive at the 137.88 value, they came to a dead-end: the value could not be traced back to standard units such as the kilogram.

This new study shows that many naturally occurring uranium-rich minerals, such as zircon, actually have a lower 238U/235U value with an average of 137.818 +/- 0.045 (the uncertainty assigned to this value relates to the variation observed between different samples). Agreement between these results, other rocks, and meteorites indicate the new average 238U/235U value and uncertainty may also be representative of the Earth’s ‘bulk’ uranium isotopic composition. (BGS)