One of the larger eruptions of Antarctica's Mount Erebus this year occurred at 09:12 UTC on December 4, 2014 and ejected bombs onto the summit cone of Erebus, Mount Erebus Volcano Observatory (MEVO) reports.

Mount Erebus is one of several volcanoes in the McMurdo Volcanic Group which itself consists of Late Cenozoic intraplate alkaline volcanoes. It is also the world's southernmost historically active volcano, and the second highest volcano in Antarctica, after Mount Sidley.

There were 6 more significant eruptions on December 5 which show up nicely on the MACZ (short period single vertical component) seismometer. 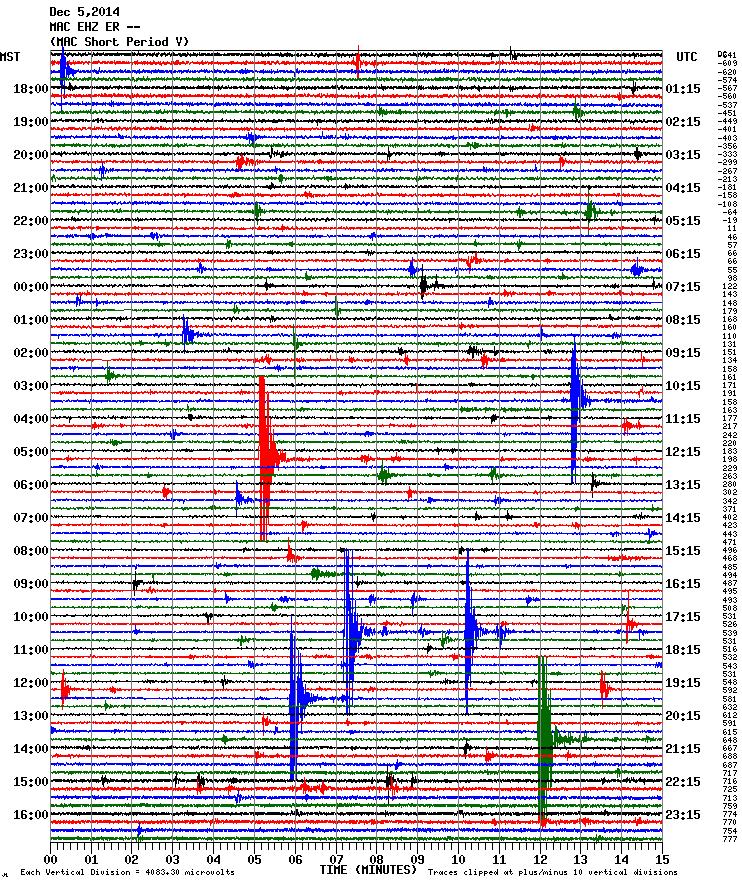 MEVO said there is no knowing if this will continue or it was just a one off. It does show, however, that gas is accumulating somewhere at depth and migrates to the lava lake as a big bubble where it bursts explosiviely sending volcanic bombs shooting above the lava lake and sometimes out onto the crater rim where people may be working.

The last time this volcano appeared in GVP's weekly volcanic reports was during the week of October 12 – 18, 2005:

"According to the Mt. Erebus activity log, several "small- to medium-sized" eruptions occurred during 12-18 October, with a "very large" eruption occurring on 14 October. The eruption sizes were based on comparisons of seismic data for known Erebus eruptions."

"MEVO reported that as of November 23, 2001, frequent Strombolian eruptions (~1-10 per day) occurred from a persistent ~15-m-diameter summit lava lake at Erebus. In addition, infrequent small ash eruptions took place at a vent adjacent to the lava lake." 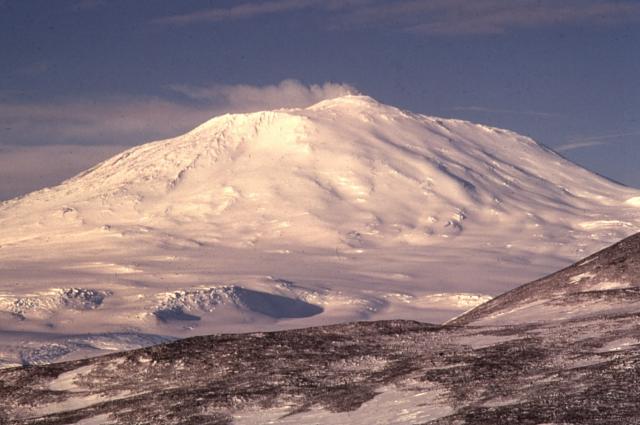 The Mount Erebus volcanic edifice has not been geologically mapped to the degree many other volcanoes of the world have been, MEVO explains. Lack of outcrop exposure due to snow and ice cover make geologic mapping on Mt. Erebus, and most other Antarctic volcanoes, difficult. The summit area of Mt. Erebus, however, does have significantly more rock outcrop than lower elevations. Caldwell (1989) identified, mapped and geochemically analyzed over a dozen individual lava flows within the summit caldera. Later, Harpel (2000) modified the stratigraphic relationships of the mapped flows using the 40Ar/39Ar dating technique.

Below is the simplied geologic map from Caldwell (1989) and Harpel (2000). It is unlikely that other portions of the Mt. Erebus edifice will be mapped in the near future, according to MEVO. 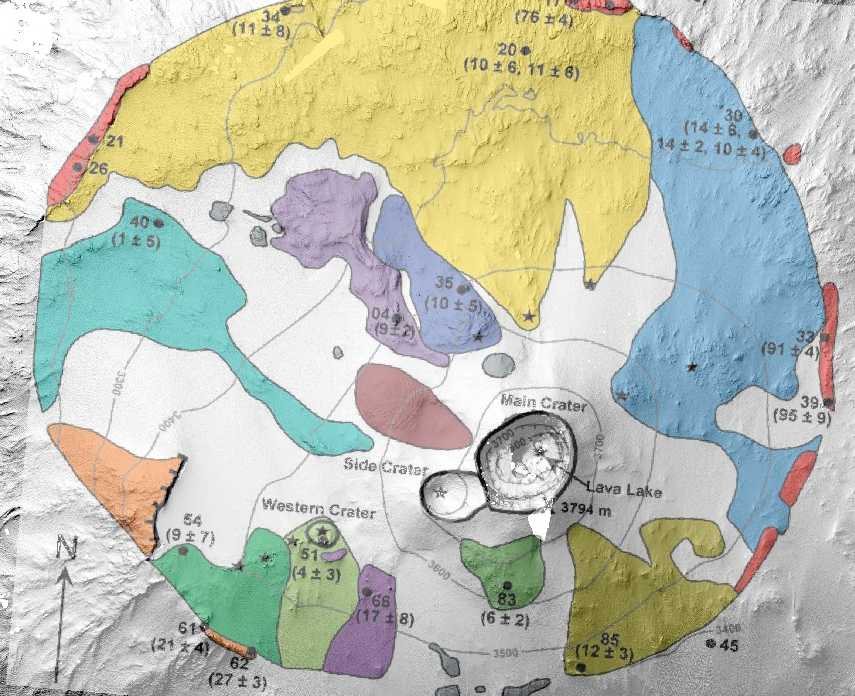 Simplified geologic map of the summit caldera of Mt. Erebus (created by Caldwell (1989), modified by Harpel (2000).

Imagery from Erebus is available primarily during December and January, during the height of the Austral Summer and Erebus field season. MEVO is developing solutions to bring year-round imagery, and new installations will be reported on their facebook page.

This camera is currently sending a new image every five minutes and will keep updating as long as solar and wind power allows.

Mount Erebus, the world's southernmost historically active volcano, overlooks the McMurdo research station on Ross Island. The 3794-m-high Erebus is the largest of three major volcanoes forming the crudely triangular Ross Island. The summit of the dominantly phonolitic Mount Erebus has been modified by one or two generations of caldera formation.

A summit plateau at about 3200-m altitude marks the rim of the youngest caldera, which formed during the late-Pleistocene and within which the modern cone was constructed. An elliptical 500 x 600 m wide, 110-m-deep crater truncates the summit and contains an active lava lake within a 250-m-wide, 100-m-deep inner crater. The glacier-covered volcano was erupting when first sighted by Captain James Ross in 1841. Continuous lava-lake activity with minor explosions, punctuated by occasional larger strombolian explosions that eject bombs onto the crater rim, has been documented since 1972, but has probably been occurring for much of the volcano's recent history. (GVP)