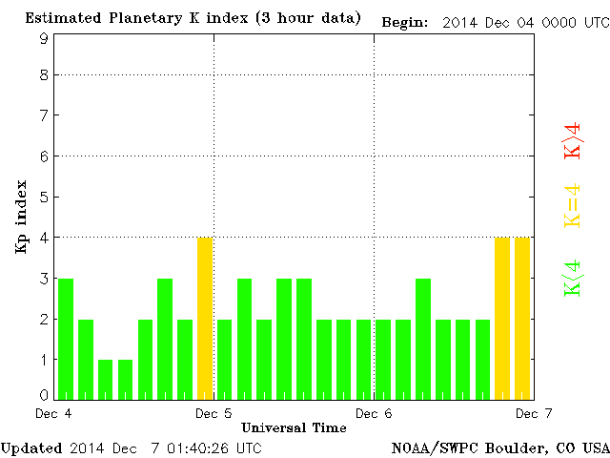 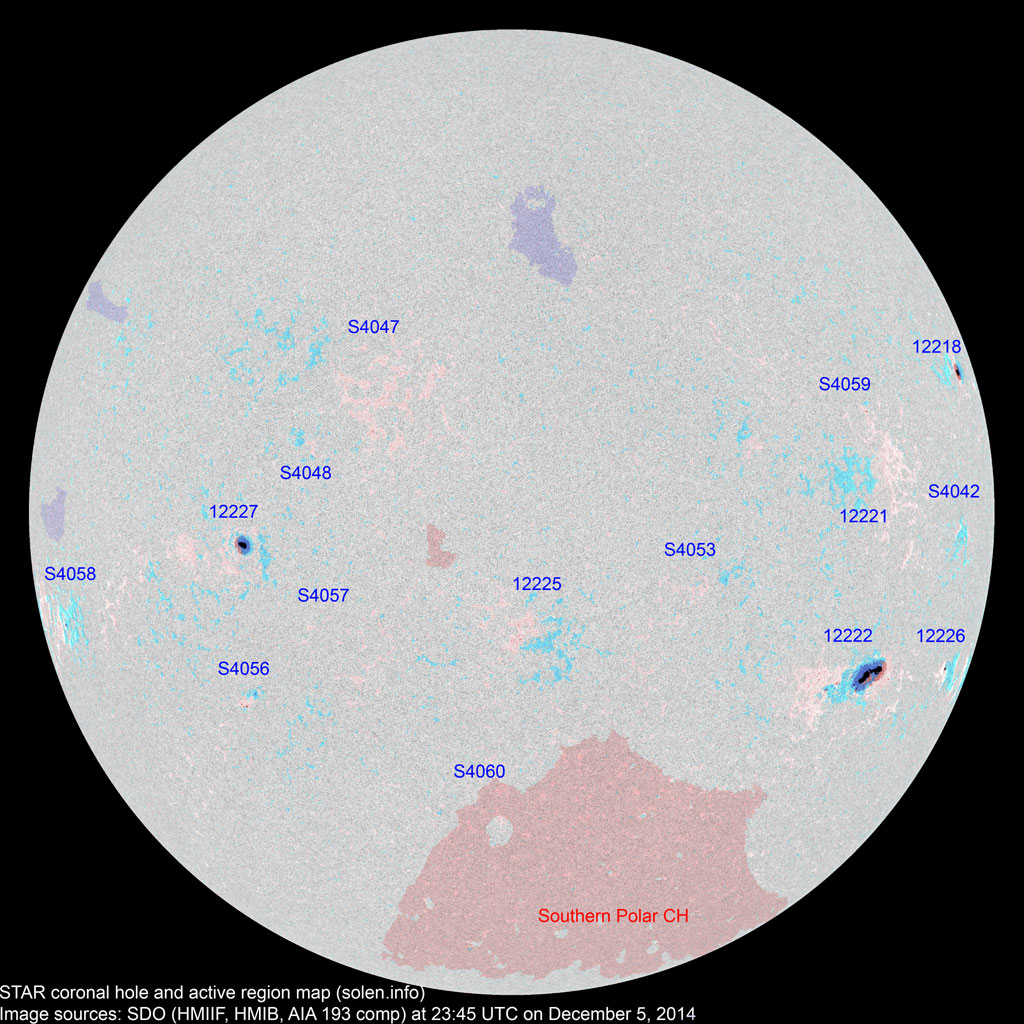 The geomagnetic field is expected to be disturbed by the high speed solar wind stream for the next three days. Unsettled to active levels are likely, with a slight chance for an isolated minor storm period. 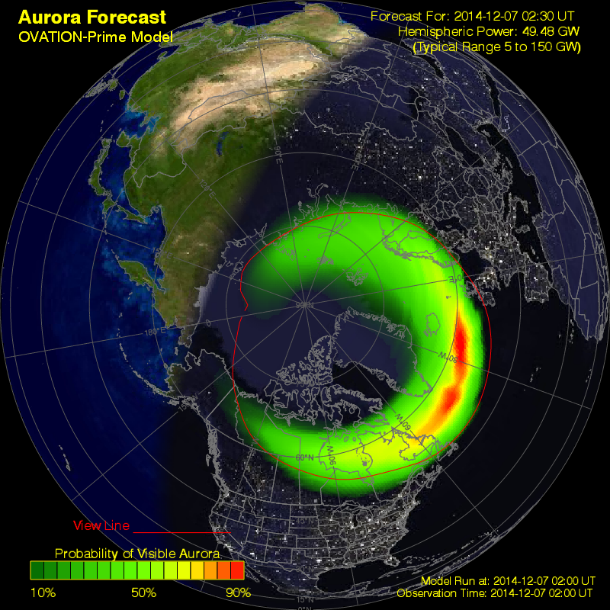