The largest and most interesting active region of the current solar cycle – Region 2192 ('beta-gamma-delta") – erupted on October 26, 2014 with its fifth X-class solar flare since it rotated into Earth view. The event started at 10:04, peaked at 10:56 as X2.0 and ended at 11:18 UTC. Like the previous major eruptions from this region this was a long duration event which again failed to deliver a significant CME.

The eruption produced an R3 (Strong) radio blackout – area of impact consists of large portions of the sunlit side of Earth, strongest at the sub-solar point. Wide area blackout of HF (high frequency) radio communication for about an hour. There are about 175 such events on average during one solar cycle.

Region 2192 (S12W34, Fkc/beta-gamma-delta) produced a long duration X1.0 solar flare at 17:08 UTC yesterday, and a handful of C-class events, but no corresponding Type II or IV signatures were observed with the X flare, nor has any CME emerged in coronagraph imagery.

A new flux emergence was noted in the northwest and southeast portion of the region as it grew slightly since yesterday, SWPC said. This new flux emergence and growth means Region 2192 is expected to keep activity at moderate (R1-R2 Minor-Moderate) levels with a continued chance for X-class (R3 or greater) flare activity over the next three days (October 26 – 28).

The region is now moving away from the center and toward the southwest limb but should it manage to produce a Coronal Mass Ejection chances are we could see effects here on Earth. 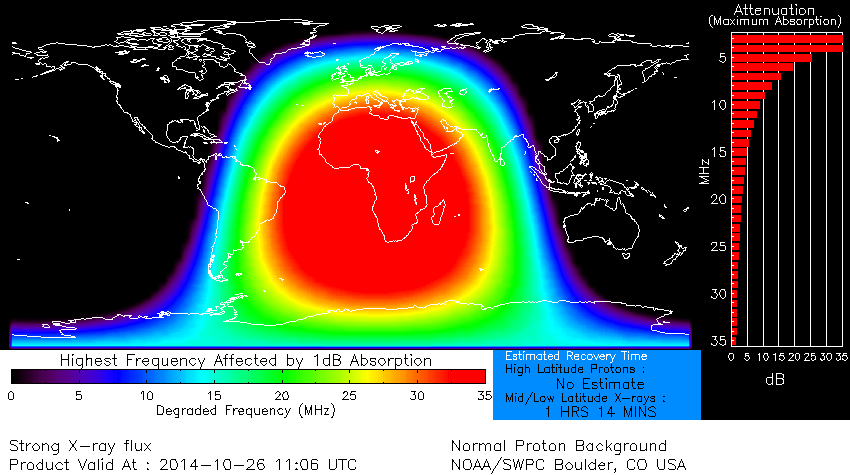 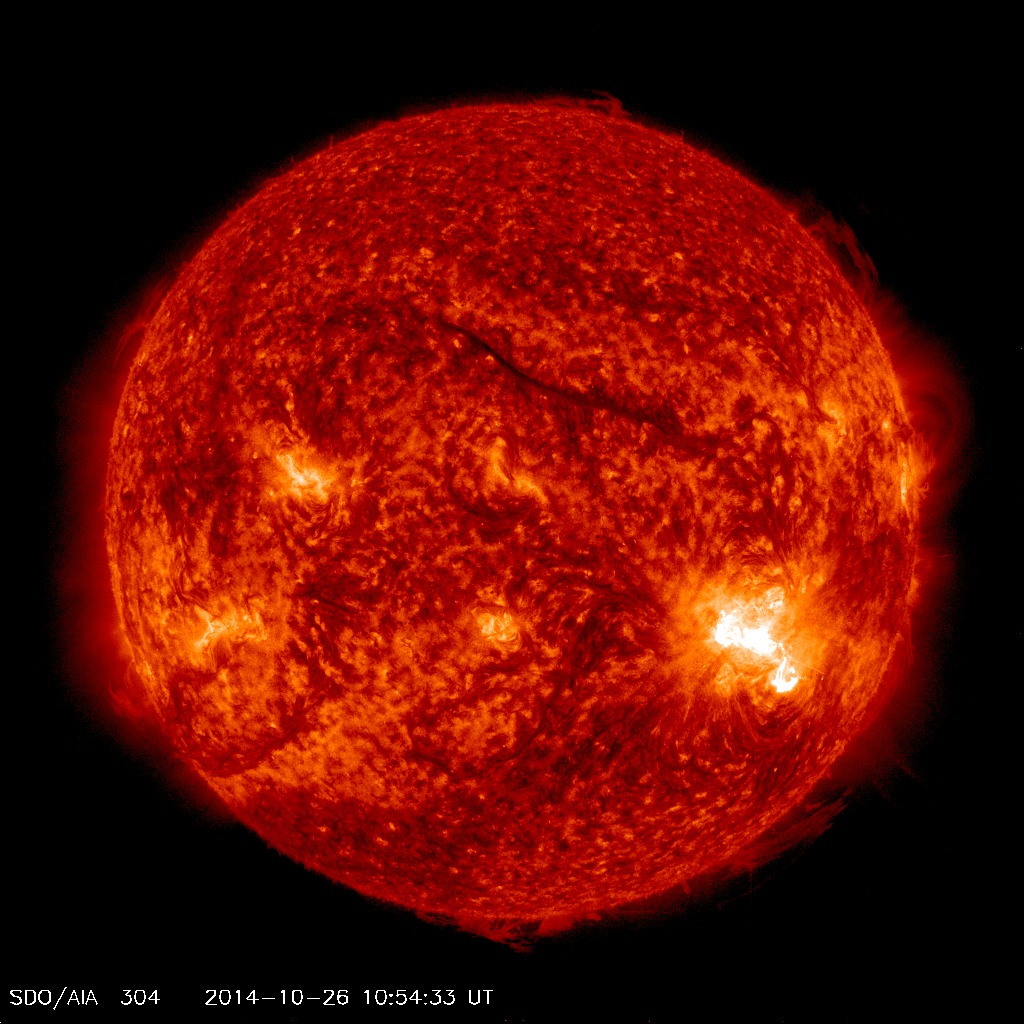 There are currently 6 numbered active regions on the solar disk, however, Region 2192 (S12W34, Fkc/beta-gamma-delta) is still the only noteworthy one. Since it rotated in it is almost the sole source of all flaring on the Earth side. 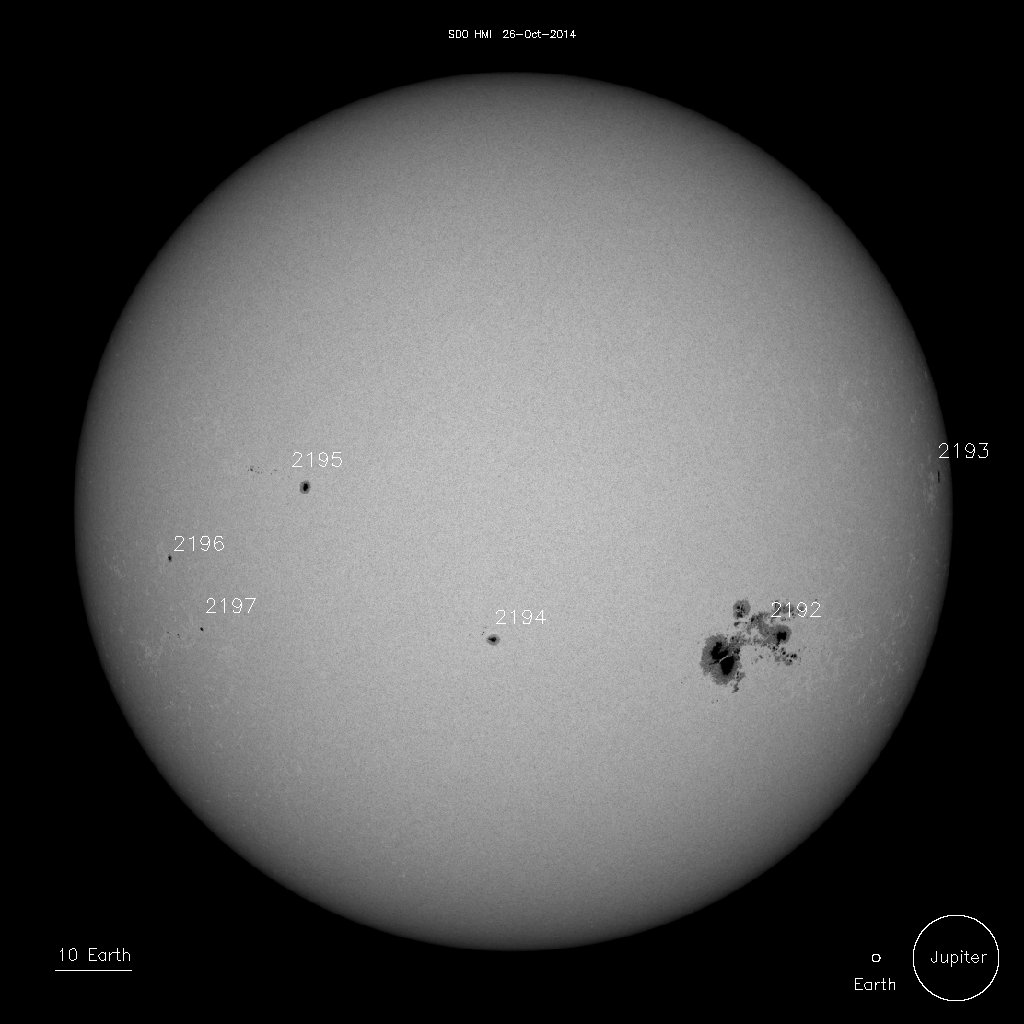 The geomagnetic field was at quiet to unsettled levels yesterday.  Prolonged modest southward Bz drove the field to active to minor storm levels at high latitudes.

Quiet to unsettled geomagnetic field activity is expected on October 26 and 28 interrupted by unsettled to active levels on October 27 in response to the anticipated solar sector boundary crossing.