Although this region is continuously producing strong and major flares it still didn't deliver a significant Coronal Mass Ejection (CME). Analysis of the latest event is still in progress but it too appears without a significant CME.

Radio Blackout threshold reached R3 (Strong) level that can cause wide area blackout of HF radio communication, loss of radio contact for about an hour on sunlit side of Earth and low-frequency navigation signals degraded for about an hour. The main communications impacts from this event are over the Pacific Ocean.

The region still has a potential to unleash powerful Earth directed eruptions, however, as it rotates away from the center of the disk, and judging by its activity so far, chances we'll see them reaching Earth are decreasing.

Yesterday's X3.1, the sixth strongest solar flare of the current cycle, did produce a narrow CME which was observed in SOHO LASCO C2 imagery beginning at 25/21:48 UTC but it was directed well south of the Sun-Earth line.

Forecasters estimate 85% chance for M-class and 45% chance for X-class solar flares over the next two days (October 25 – 27). 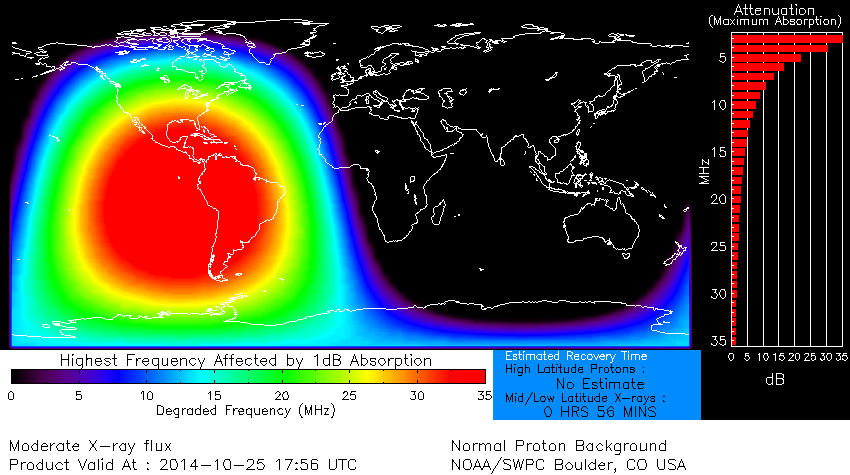 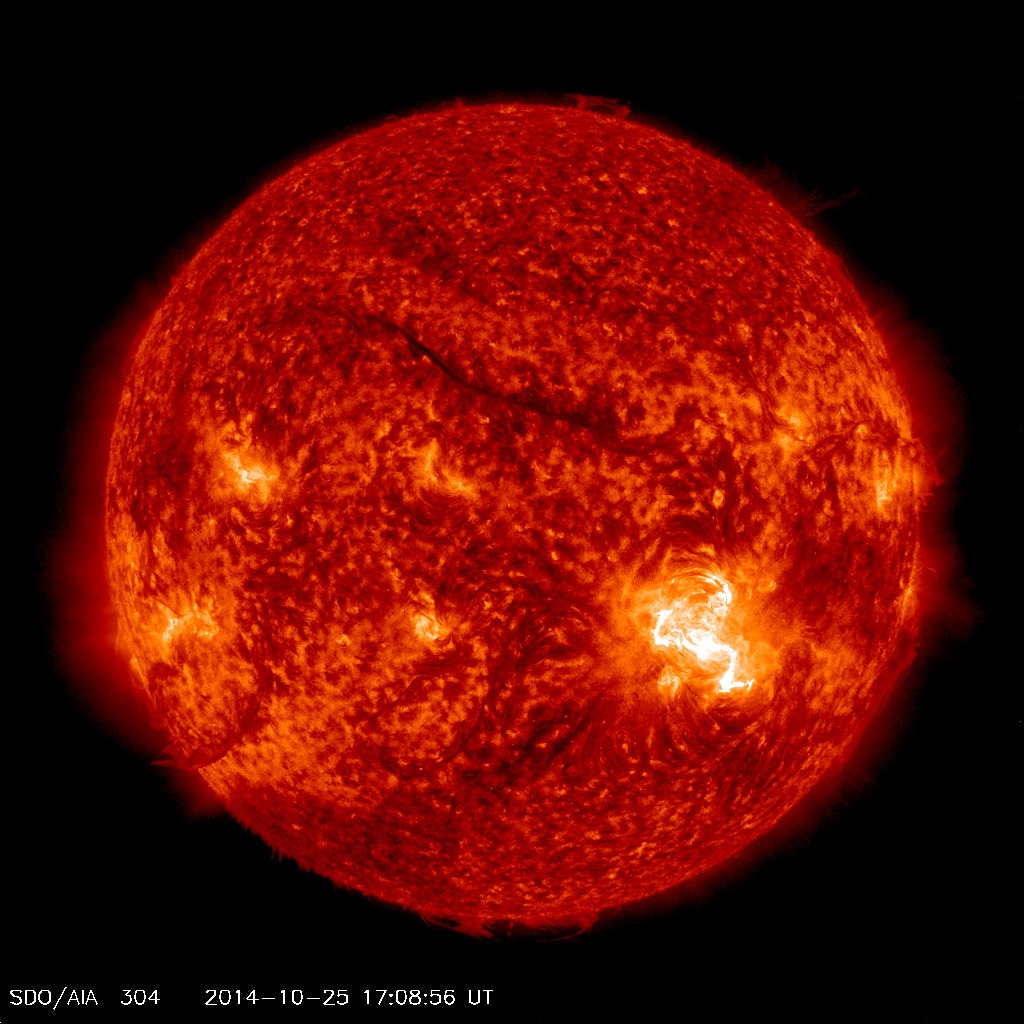 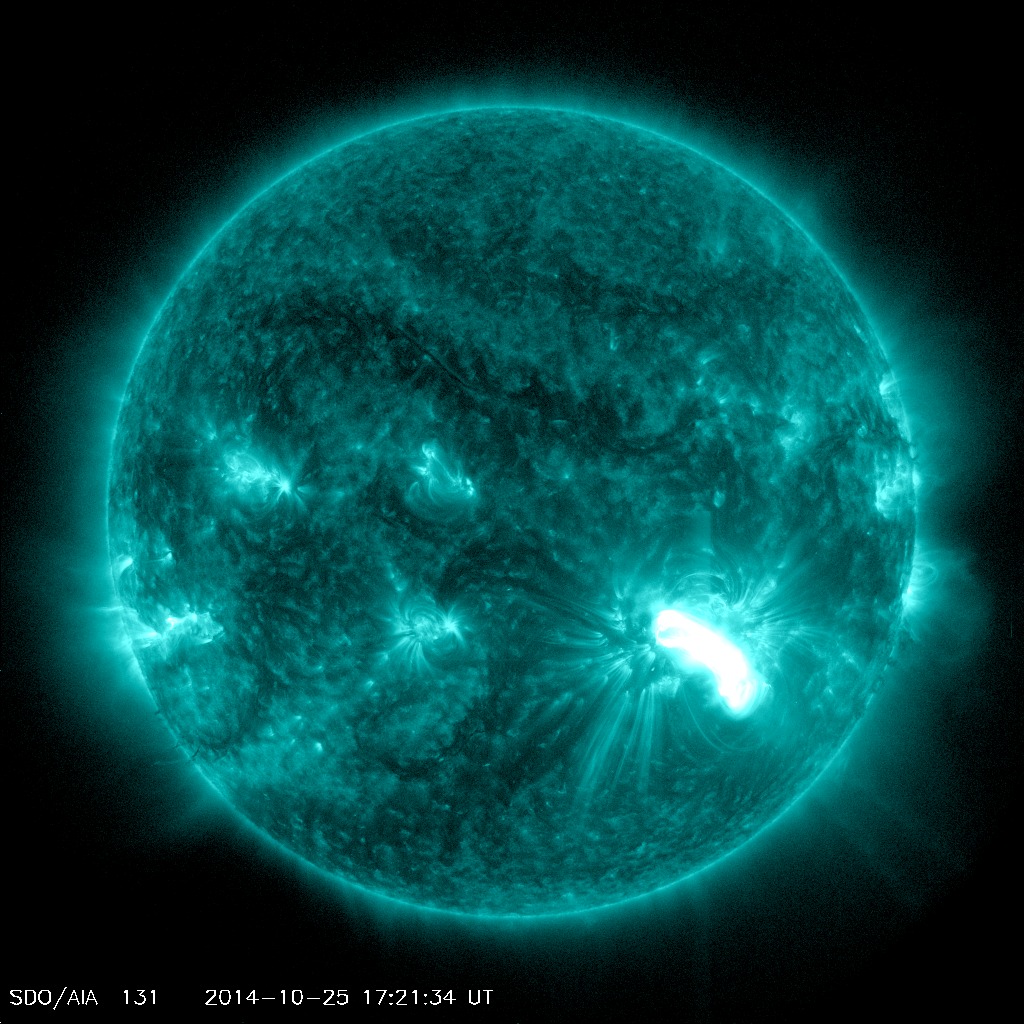 Region 2192 exhibited penumbral growth in its leader spot area with umbral consolidation in its trailer spot area, and persists as the most threatening region on the visible disk. Minor growth was observed in the trailer spot area of Region 2195 (N08E40, Dso/beta) and the other regions on the disk are either stable or in decay. 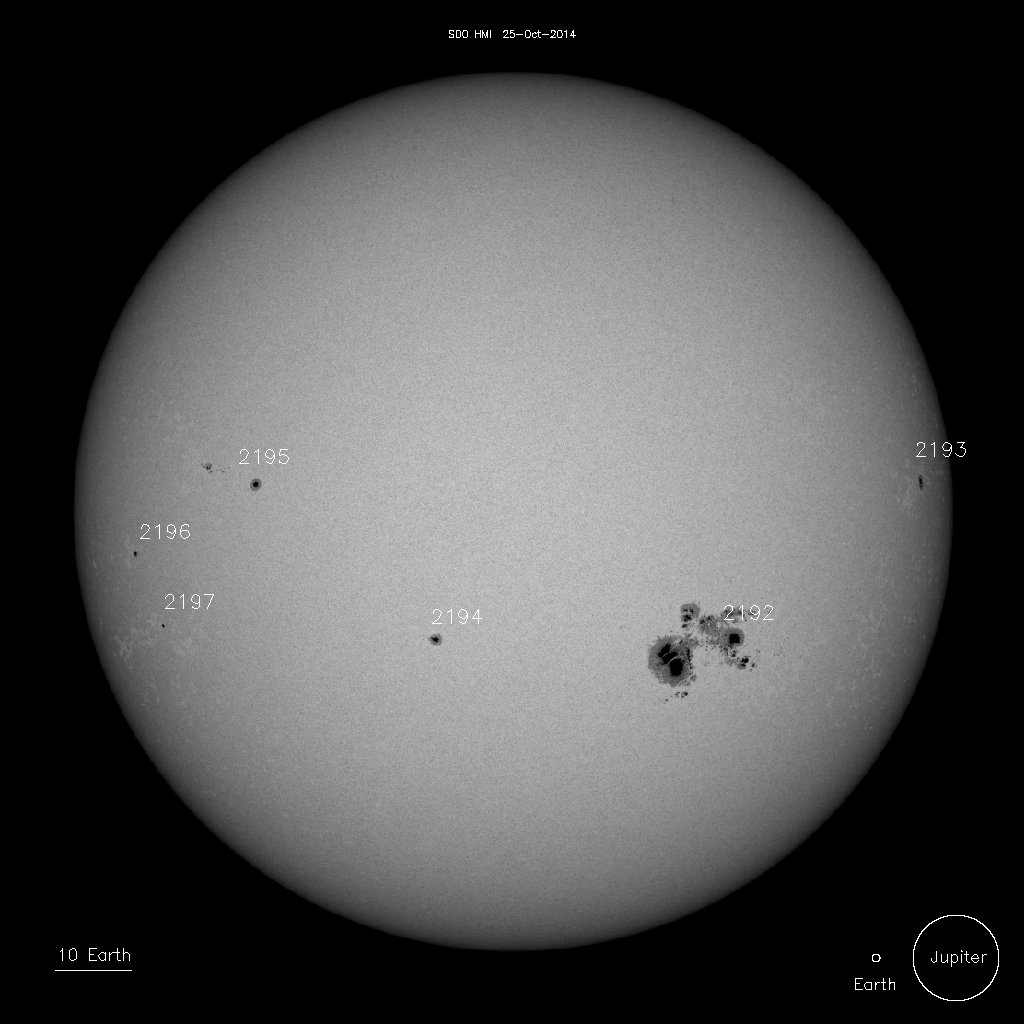