Low pressure area (Invest 90A) over the Arabian Sea has become better organized and developed into Tropical Cyclone "Nilofar". The system has the potential to strengthen to the equivalent of a Category 1 hurricane before its Arabian Peninsula landfall.

Nilofar is expected to slam onshore, threatening eastern Yemen or Oman with damaging winds, flooding rain and dangerously rough seas. The system could cross back over the Arabian Sea and bring potentially heavy rainfall to parts of Pakistan and northwestern India, as a significant cyclone capable of producing damaging winds, flooding and mudslides. 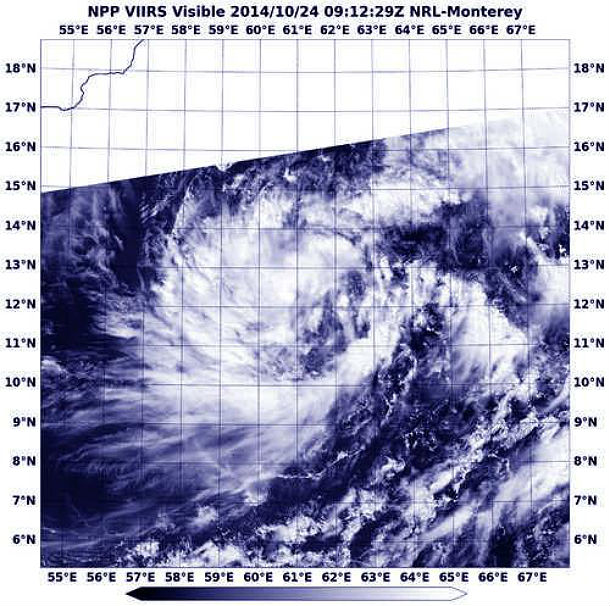 The VIIRS instrument aboard NOAA-NASA's Suomi NPP satellite captured this visible image of System 90A on October 24, 2014.  (NOAA/NRL Monterrey)

Nilofar is forecast to turn northwestward towards Oman coast and re-curve northeastward after as a midlatitude shortwave trough deepens over the northern Arabian Sea. Nilofar is expected to slowly consolidate through the next 24 hours but should intensify at a faster rate until reaching the peak intensity of 130 km/h (80 mph), gusting up to 160 km/h (100 mph) around late October 28, 2014. Thereafter, Nilofar will weaken due to increasing vertical wind shear, land interaction and dry air intrusion. 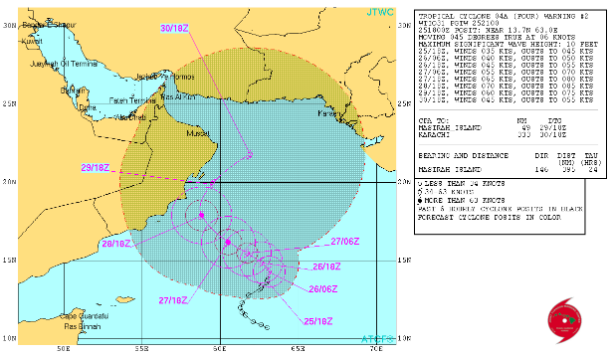 Cyclone "Gonu" hit Oman and southern Iran in June 2007 as the most intense Arabian Sea storm on record, with maximum sustained winds of 240 km/h (150 mph). Gonu claimed more than 100 lives. Category 4 Cyclone "Phet" made landfall on the eastern tip of Oman, east of the capital city of Muscat in June 2010 as Category 1 cyclone. Cyclone ARB 01 slammed into Pakistan near Karachi as a strong Category 3 equivalent storm, killing at least 700 in Pakistan in May 1999. This was the strongest tropical cyclone on record to hit Pakistan. 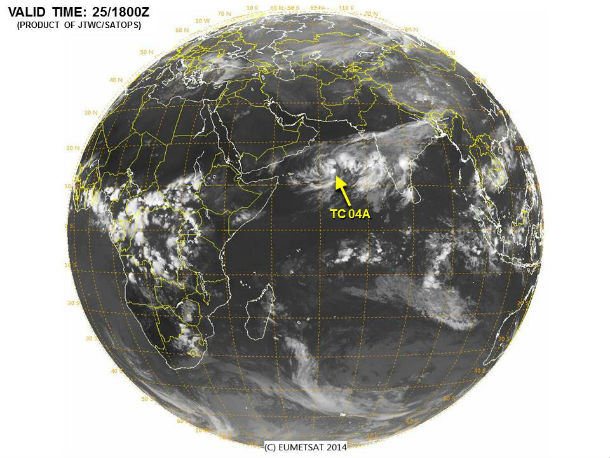