Tropical Cyclone "Nilofar" in Arabian Sea has likely reached its peak intensity. It is currently the equivalent of a Category 3 hurricane with maximum sustained winds of 185 km/h (115 mph) with gusts up to 232 km/h (145 mph).

The system is moving northward at speed of 11 km/h (7 mph). Warm sea surface temperatures and low vertical wind shear will allow the system to maintain intensity before start to weaken after the next 12 hours. 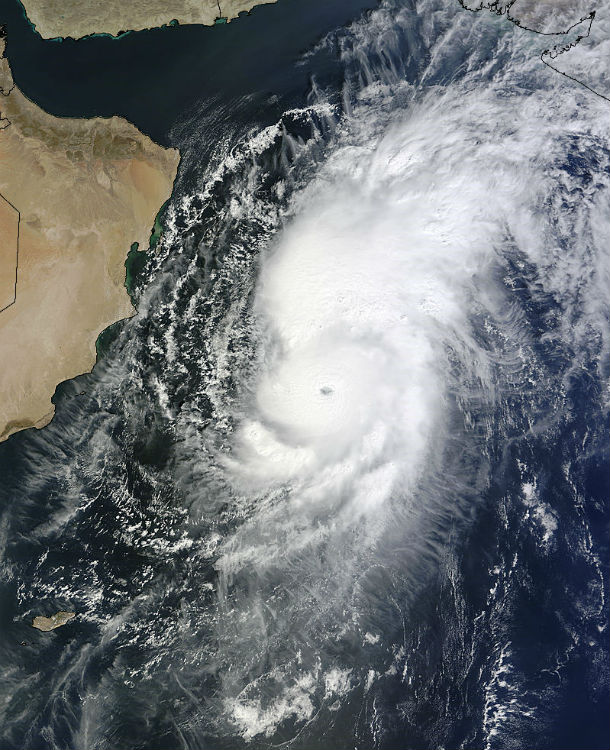 Tropical Cyclone Nilofar (04A) in the Arabian Sea captured by Terra/MODIS satellite at 06:50 UTC on October 28, 2014. (Credit: LANCE Rapid Response/MODIS) 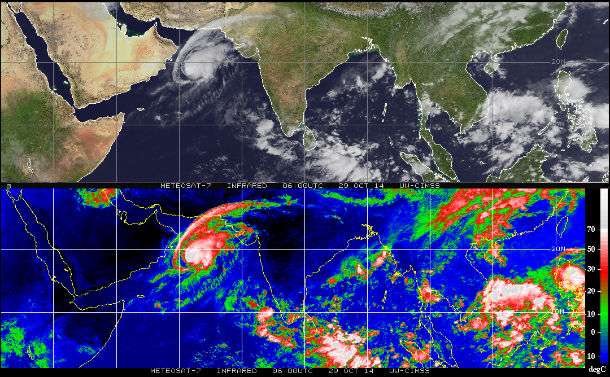 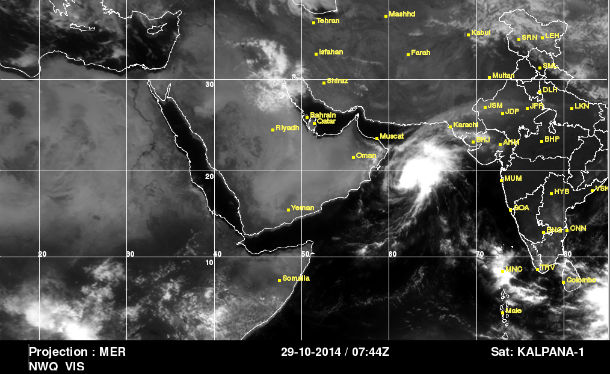 The system will weaken due to unfavorable conditions as it approaches the mainland and following land interaction.

Nilofar is expected to make landfall with a tropical storm intensity on October 31, 2014. It will bring damaging winds, coastal flooding and life-threatening flooding due to heavy rain as it moves inland across southeast Pakistan and northwest India.

This animation shows Cyclone Nilofar gathering strength in the Arabian Sea. The satellite imagery comes from MT-SAT and Meteosat-7, between 00:00 UTC on 25.10.2014 and 14:00 UTC on 27.10.2014 and is composed of infrared radiances overlaying NASA's Blue Marble Next Generation.

Nilofar will continue on a northwest track before taking a turn toward the north and then east-northeast across the northern Arabian Sea toward the coasts of southeastern Pakistan and the Indian province of Gujarat. The India Meteorological Department (IMD) has issued a yellow message cyclone alert for the northern coast of India's Gujarat state. 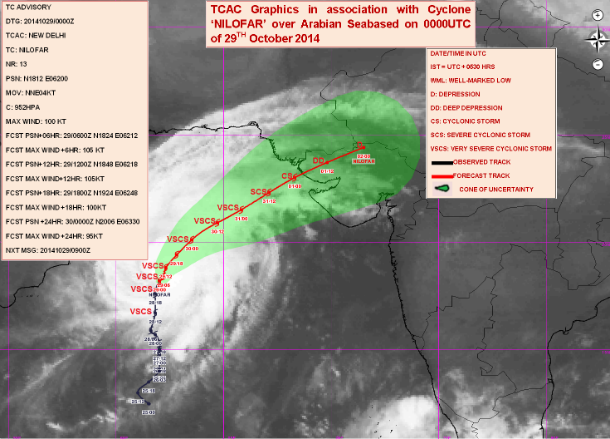 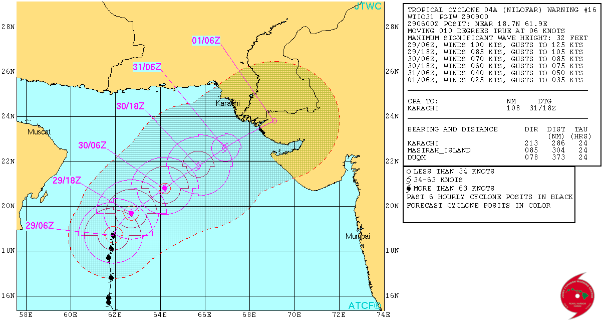