Comet Siding Spring will make its historic approach to Mars around 18:27 UTC on Sunday, October 19, 2014, and pass within 139 500 km (88 000 miles) away from planet's surface. That is less than half the distance between Earth and its moon and less than one-tenth the distance of any known comet flyby of Earth.

Siding Spring is traveling 56 kilometers per second relative to Mars, and is expected to envelop the Red Planet in its dusty coma as it goes by. It will not hit Mars, but questions still remain about the potential risks to the Mars spacecraft from the dust and particles released by the passing comet.

The period of greatest danger is when Mars comes closest (around 27 600 km) to the comet's trajectory, and not when the comet's nucleus comes closest to the planet. This is about 90 minutes after the closest approach and will last about 20 minutes while Mars passes through the center of the widening trail of dust.

Siding Spring is coming from Oort Cloud and is visiting our solar system for the first time so there are lots of unknowns. This will be the first time ever to observe this kind of comet up close. 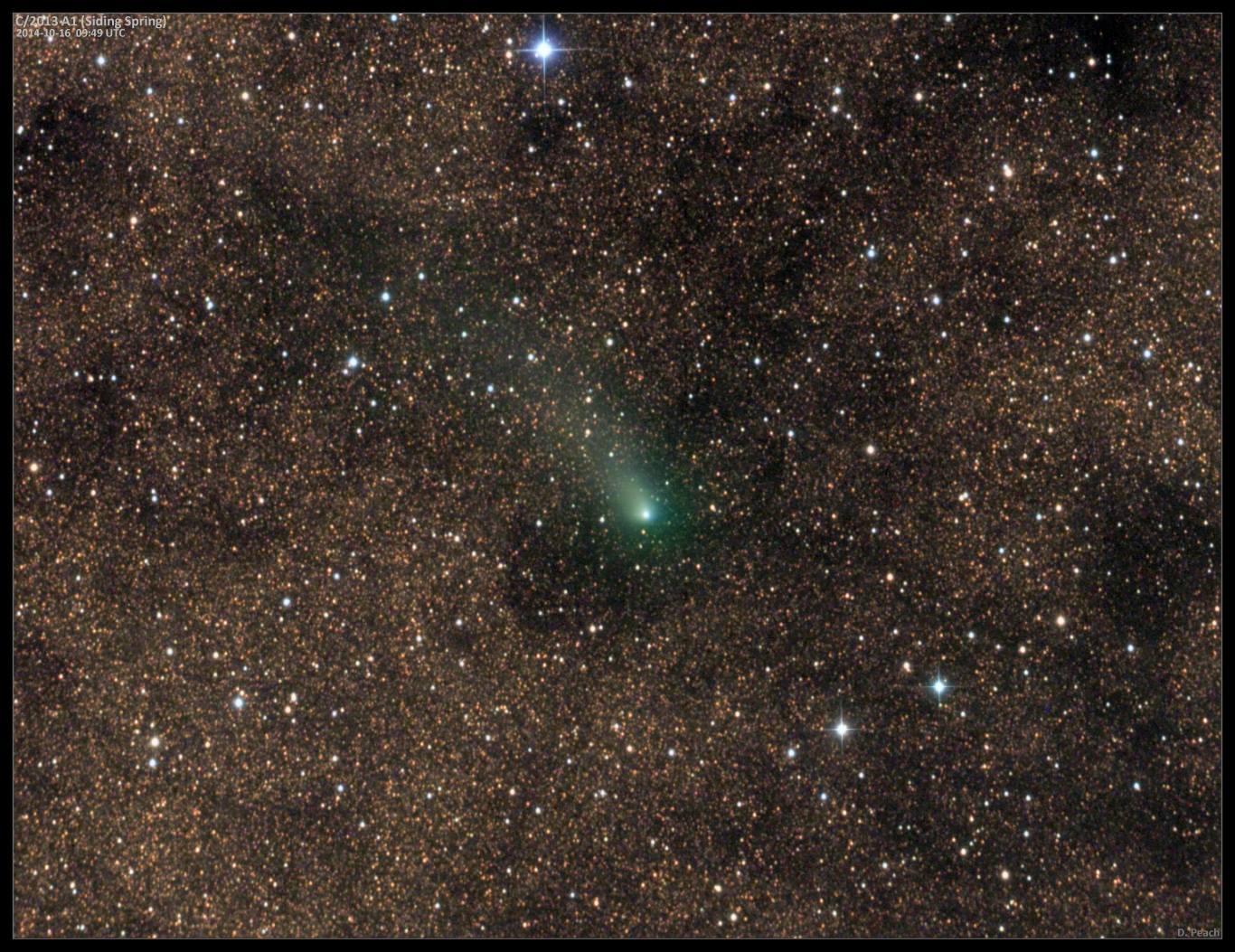 NASA will be watching closely before, during, and after the flyby with its entire fleet of Mars orbiters and rovers, along with the Hubble Space Telescope and dozens of instruments on Earth. The encounter is certain to teach us more about Oort cloud comets, the Martian atmosphere, and the solar system’s earliest ingredients.

Scientists hope to get answers about size of comet's nucleus, overall shape, surface brightness, effects of long periods exposure to solar radiation (sunlight) and other.

There are currently five spacecraft in Mars's orbit. One from India (Mars Orbiter Mission), one from the European Union (Mars Express) and three from the United States (MOD, MRO, MAVEN) + two Mars rovers (Curiosity and Opportunity). They will all try to take a close look.